Austria’s Astpai are one of those European bands who seem to tour all over the place. That’s some commitment for a non-American, not on Epitaph or Fat band. Even more so when you know that main vocalist Zock als has Crohn’s disease. They recently released a great EP on Shield Recordings on which Zock dealt with his disease and it’s consequences. ‘I was definitely in fear that this condition would change my life and its dynamics in every possible way.’

You were diagnosed with Crohn’s disease 7 years ago but it took you until now to write songs about it. Is that because now you’re coming to terms with the disease or because by now you’re so frustrated about having it you needed to vent it?

I started writing the lyrics to “Crohnicles” about one year and a half ago, when my Crohns randomly started to flame up again to an extend, that I had to start taking pills that would drastically lower my immune system, which obviously was and still is a big deal. Up until then I’ve only had minor issues with my Crohns, that made me feel like as if it’s not going to come back big time. 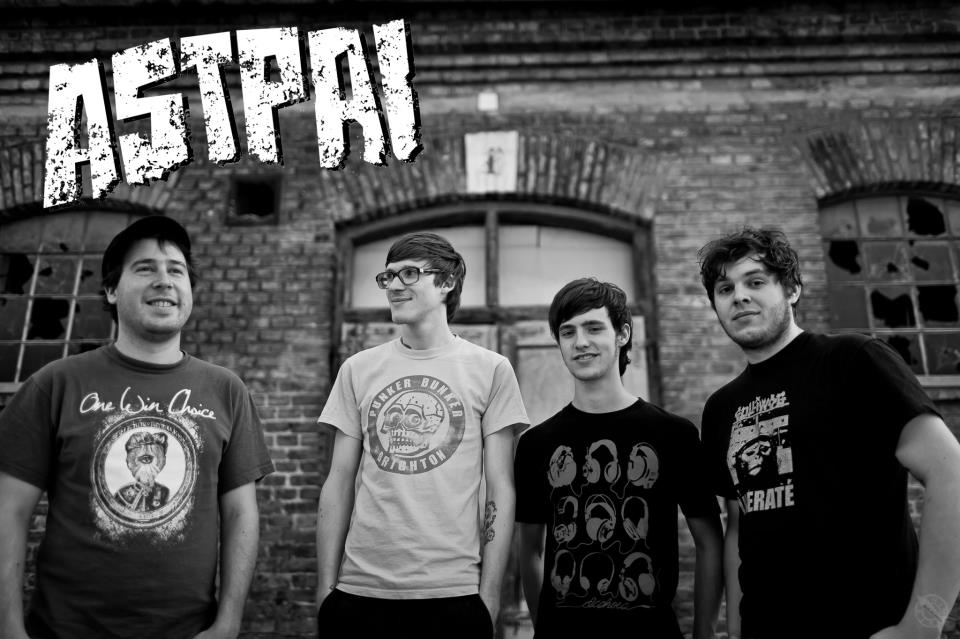 I remember Astpai had to cancel a Poland tour in march 2006, because by then, I had been tied to my hospital bed for almost three months.

Were you already in bands before you got diagnosed with Crohn and did you ever fear it would stand in the way of how you wanted to live your life. So besides doing bands also daily life.

Yep, I was already playing with Astpai and a bunch of other bands when I had my surgery. I remember Astpai had to cancel a Poland tour in march 2006, because by then, I had been tied to my hospital bed for almost three months. At that time I was definitely in fear that this condition would change my life and its dynamics in every possible way. 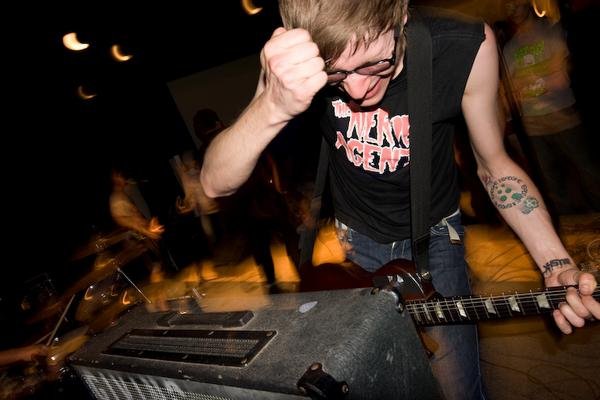 Whenever the whole thing flames up it can cause crazy stomach pains from one minute to the other and I have to find a quiet place to relax and calm down.

Just what impact does Crohn’s have on the way you live and does it also mean it alters the way you go about touring compared with other people in bands?

It’s funny, because its symptoms show up so unpredictably, that changing my life around Crohns would have me locked inside my room 24/7. Basically, I’m in no way unable to do the things I want to do. Whenever the whole thing flames up it can cause crazy stomach pains from one minute to the other and I have to find a quiet place to relax and calm down. This can be a bit tricky when sitting in a smelly van with eight other dudes/dudettes, but I kinda worked out ways to deal with it.

What about medication? Does your insurance cover that or do you have to work alll week just to be able to buy the pills you need?

Funny you ask, because my insurance just got cancelled due to me quitting my day job. I’m currently waiting to hear back from my insurance company to hopefully figure out a decent deal to get my meds for the nationwide prescription fee of € 5,15 per packet of pills (normally lasts me about a month).

I noticed your older work was more uptempo Strike Anywherish and the new songs are more melodic and midtempo. Are you onto a new musical direction or is this just three new songs and who know how a next Astpai record is going to sound?

Actually two of the three new songs are up-temp all the way through. Only “2000 Pills” is a mid-temp tune. I wouldn’t say we’re onto a new musical direction. It’s all still rocking punk music after all. We do however seem to get a better feeling for writing actual choruses and better structured songs, which is definitely a positive thing.

Your going to tour Europe with The Flatliners soon. What things are you looking forward to in that tour?

In all honesty, there’s nothing we’re NOT looking forward to on this trip! There are some seriously great cities and venues coming up for us and to be sharing all of this with our friends, being one of the best punk rock bands of our generation is absolutely mind blowing.