Out of the blue Bad Ideas impressed me with their mix of poppunk and acoustic folk. Since vocalist Sam Cook wasn’t really busy working the night shift he was more than ready to answer some questions.

So tell me about the origins of the band, in which loud and raging bands were you before you realised things weren’t going the way you liked and you turned a more mellow/folky way.

I sang for a band called The Living Daylights for a good 3 years before bad ideas. We toured like mad men and had a great time doing it and I’m still really great friends with the Daylights guys… (Me and the guitarist Jon were actually really drunk together on a light up dance floor in Lincoln last night!). In the end, it wasn’t that I didn’t like the music anymore- Infact I loved it and still do! For me it was just time to do something new… and I had been writing a lot on an acoustic guitar as well as listening to way more acoustic, rootsy folk influenced music so I felt It was the right thing to do to give it a go!

Upon first hearing the record I immediately thought of Saves The Day – Stay What You Are era. Is that a point of reference you can live with or is it just utter bullshit from a guy who should get his ears checked? Which bands did inspire you to form Bad Ideas?

Ha, well I Saves The Day are a band I am well aware of but I can’t say I’ve given a huge amount of time to listening to… BUT, I have had a few people say the same after shows and such… so your ears should be alright unchecked for now buddy! I am and always have been pretty obsessed with Alkaline Trio… I listen to a lot of Chicago style punk like that.. The Lawrence Arms, Hot Water Music. Chris Wollard and the Ship Thieves blew my face off with their first album last year! I also love The Cure… And lots of mellow stuff like City and Colour, Get Up Kids, Limbeck ect. I never really think about anything other than writing a good song when I write… so I guess it’s a bit of a mad concoction of a lot of things- including those! 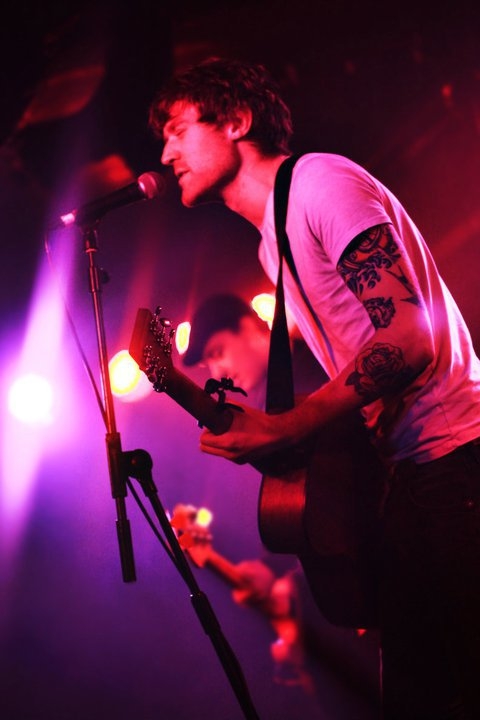 I think it will get a lot of people, who would normally listen to audio diarrhea on the radio on a daily basis, to listen to, and appreciate good song writing and good music.

It seems impossible to avoid Frank Turner when interviewing a British semi acoustic folk punkband, so let’s bring him to the table. Just how surprised are you by the succes Turner seems to have in his own country? Do you think it will open doors for other bands playing the similar style?

I do love a bit of Frank! And I am very surprised- I was a huge Million Dead fan and I remember only a few years ago sitting in a bar in Nottingham waiting to see Frank. He came over with a pint in his hand and was shocked we had drove an hour to see him- only playing to around 30 people a night… Now he’d just sold out Wembley… shit balls! It’s great. I think it has and will get a lot of people who would normally listen to audio diarrhea off the radio on a daily basis to listen to, and appreciate good song writing and good music.

Where Saves The Day mainly is Chris Conly and Frank Turner obviously is Frank Turner in how much is Bad Ideas pretty much Sam Cook with some other fellows?

I have to say, Bad Ideas has had more members than the population of a small country over the last year! Not through choice, but it has just happened that way with people moving around and such. I have just come off two solo tours playing the bad ideas set on my own, (the last one with PJ Bond- check him out, his songs are amazing!!) so I guess because of this- it’s been pretty much 100% Sam Cook for a little while… However we have a really great new line-up which will be touring after the release and hopefully will be that way for a good while! 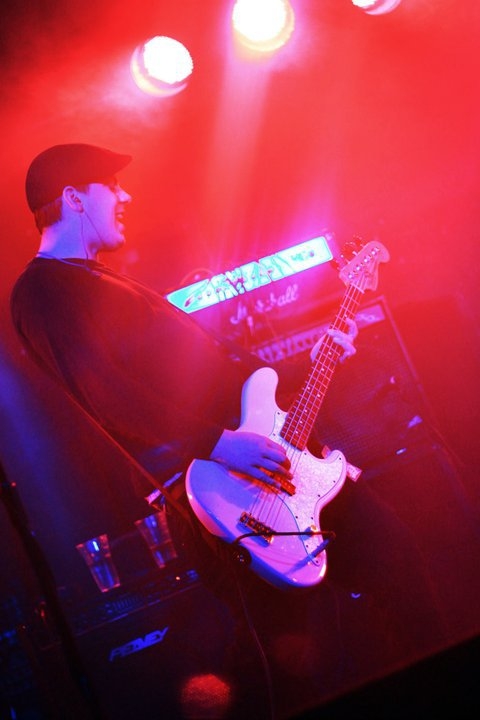 I do feel like Britney Spears with a beard going on after some brutal band with a bald singer in a tank top with veins popping out his head!

I read on the internet you are a Leeds based band. Did you by any chance catch any shows by ‘famous’ Leeds hardcore bands like In The Clear in the past. And in how far is there a connection between the sort of shows Bad Ideas play and the more standard hardcore and punk scene.

To be honest I have only lived in Leeds just over a year. There are so many great shows in Leeds all the time, it really keeps you busy living here! In the last few weeks we’ve had Broadway Calls, Swellers, Against Me, Crazy Arm, Polar Bear Club, Into It- Over It and theirs a really great smaller scene with tones of little venues here. To be totally honest, hardcore has never been my bag. You can probably get that vibe from listening to what I write. We do play at more punk/ hardcore orientated shows sometimes… and I do feel like Britney Spears with a beard going on after some brutal band with a bald singer in a tank top with veins popping out his head! But people are generally pretty accommodating of our music, I’m often surprised at some of the guys that say they like the songs at shows.

The record is entitled Murder Of Gods, can you explain the meaning behind the record?

The title is taken from a lyric in title track song ‘Murder Of God’s’. The line is about self security and feeling your getting things wrong- in context it read’s- ‘Last night I found my self assurance on trail. Forgot what they wrote down when listing my crimes- the murder of gods? Or blurring the lines?’. The song is about having confidence in what you do and who you are and living as an individual and I just liked that line and thought it’d make a fitting title. I’m also not a big fan of ‘God’. Guy’s a tosser. 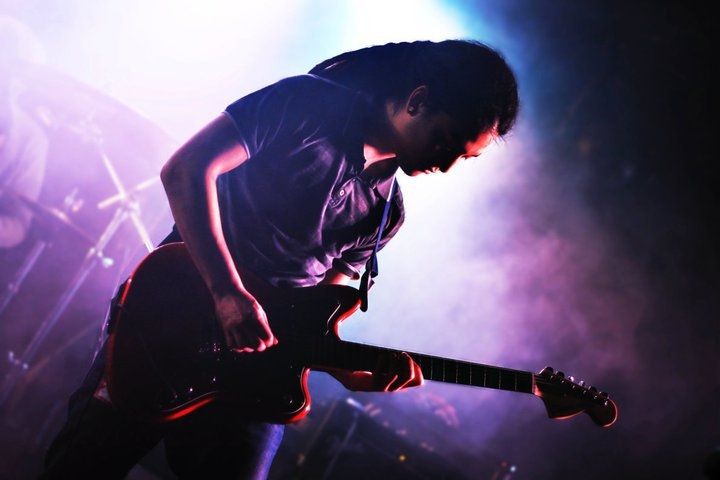 We will end up with our silly currency with our irrelevant queens face all over it that’s worth nothing, stood in the pissing rain, moaning about French people because they get laid more.

Only recently the British Government said No to new plans for the European Union, isolating the island from the mainland. In how far do you follow these events and should Britain get more involved with Europe or get the fuck out as fast as possible?

It’s kind of funny following the EU debates as a Brit… you always end up thinking, shit, everyone must think were massive dick’s. And the truth of it is- We are. Haha. I think our countries a mess and holds value to ‘Britishisms’ that it will eventually be buried with. Having spend a fair amount of time playing music on the mainland I can safely say, whatever they are doing- we should do that. Life just seems to work better for you guys. We will end up with our silly currency with our irrelevant queens face all over it that’s worth nothing, stood in the pissing rain, moaning about French people because they get laid more. In fact- I’m pretty sure were already there!

Which British acts should we follow in 2012 and do you think which band will reunite sooner Oasis or the Smiths?

I better make this quick as I’m at work… right… Failsafe, Crazy Arm, Apologies I Have None, The Living Daylights, Above Them, Dave House. And I fucking hope The Smiths as I don’t want to have to shit in my own ears every time the radio comes on!