Every now and then we just need some madness. Barren Womb displays that madness in their album – and song titles. These crazy titles were my main reason to check out their debut album The sun is not yellow, it’s chicken. I’m still very happy I decided to check out that album as it is really worth your time. These titles needed some explaining, so it’s time to ask ‘m a couple of questions.

For me Barren Womb is new name in this scene. So please, introduce yourselves, who is Barren Womb?
Hello! We are couple of redneck punx from the back-country of Northern Norway. We’ve been playing together in various constellations since around 2004 and formed Barren Womb late 2011 when our old band broke up.

Ah, you’ve played in bands before, anything we should know off?
Our old band was a hardcore trio called Like Rats From A Sinking Ship. We did two releases, one EP called SXY SXY GSW EP (2008) and an LP called We Get Along Like A House On Fire (2011), as well as a bunch of touring around Europe. Remi, the lead singer of that band, now has a kick ass solo project called JESUS FUCKING CHRIST!. Well worth checking out!

I’m sorry, those names don’t ring any bells… You have released a couple of split’s and an EP in a very short time. What drives you to write this fast? Are you not afraid this will lead to quantity over quality?
Making music is just about as much fun as you can have with your clothes still on, so it’s something we do as often as possible. We’re pretty hard judges on each other and some of the material has been with us longer than the band. When we hit a wall creatively or our songs start to suck, we’ll slow down. Right now though, we’re firing on all cylinders.

I guess that speeds things up. Does being in a band with only two people allow you to write faster? With only two people there’s less opinions to get aligned…
It’s absolutely faster. We pretty much agree on things, so most times plan B is not that difficult to find. 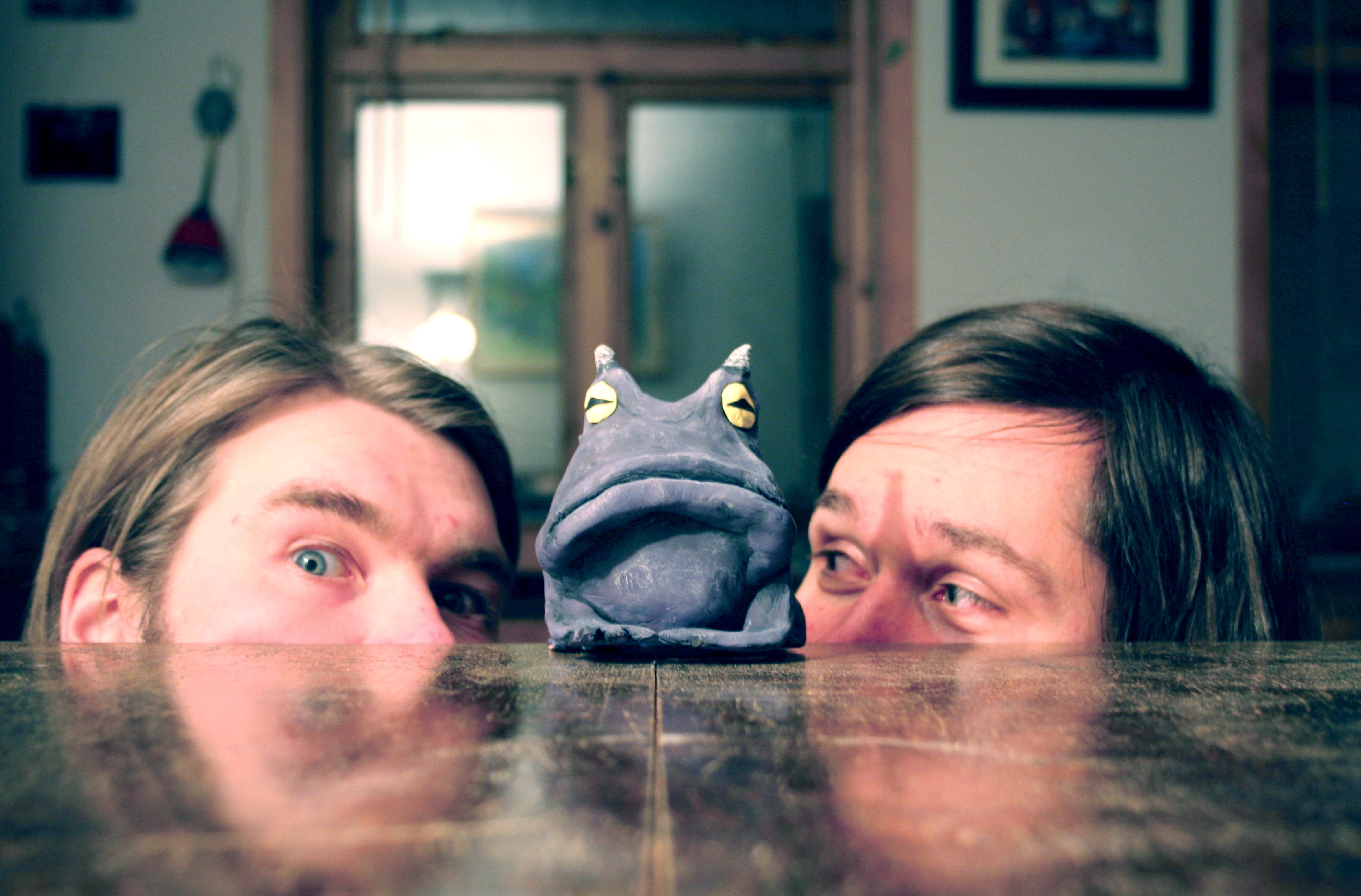 When we hit a wall creatively or our songs start to suck, we’ll slow down. Right now though, we’re firing on all cylinders.

Let’s get back to those two split-albums: how did they come together? Did you ask the other bands, were you asked or was this a suggestion by your label?
We love splits. It’s a musical one night stand for artists, a cool way to discover new music and a part of hardcore/extreme music history worth preserving. Both Forræderi and Remote are long time friends of us, so we basically just asked them if they we’re interested.

Although I do recognize that I have a love/hate relation with splits. I own a couple of which I only play one side, as the other band is really not that good. But I agree: I have learned about bands I didn’t know that I’ve grown to love! Now, those previous releases where on the label The Perfect Hoax. The sun is not yellow, it’s chicken is released on Spartan records. Why this change? It’s time for the next step?
The Perfect Hoax is a label run by us, so it made sense to release our first endeavors on it. As things have progressed and since we are so involved in every aspect of Barren Womb, there just weren’t enough hours per day to do a proper job with the label side of things all of a sudden. So we started pitching the album around and came in contact with Spartan Records. They just seemed like the right guys to work with since they understand our need for freedom.

Ah, well that explains a lot! Will you continue to run The Perfect Hoax? If so, anything we should look out for?
The Perfect Hoax lies dormant now because of time constraints, but if time frees up we might keep running it.

You have produced this album yourselves. How did this work out? Frustration much? And did the album turn out how you wanted it to be?
The mixing process took probably about 5 times as long as it would have in experienced hands/ears and there were a lot of long hours, but in the end we’re glad we decided to do it ourselves. We now have basic knowledge to build on for future mixes and ultimately, the album turned out how we wanted it.

You blend a whole lot of influences together in your music. It seems to me being a two man band can limit what you can do with a song. Especially since you’re also playing live and have to make a song work in that setting as well. Will you continue in this setting or do you see Barren Womb evolve into something different with more members (and thus having more possibilities music wise)?
We make music to play it live, then we record it. The few additional things we add in the studio are there cause we feel like it. we haven’t planned for more members, but anything can happen in the future. For now we’ve still got a lot to do as a duo. In the genre we dwell in there’s not too much space to spare from the get go. Big production and punk don’t mix.

I can agree on that. On to the lyrics. Some songs have titles that don’t really seem to match the lyrics. What I mean is: the title makes me laugh, but your lyrics are, well, not really bright, but rather doomy and gloomy at times. What’s the story behind that?
Why bother writing about the beautiful things? Those are for enjoying in the moment. The ugly things we could try to do something about though. The titles are the way they are mostly because we think they’re funny, but it’s also a nice contrast to the lyrics.

Back to the title of the record: The sun is not yellow, it’s chicken. Usually guys only differentiate a couple of colors, whereas women see a difference between pink and salmon for example (yup, that’s one I remember). Is this album title an expression of the feminine side of Barren Womb?
It could be, but actually its critique to the salmon farming industry which contributes to poisoning the waters and people who eat farmed salmon.

From your answers to these last two questions I feel obliged to ask you: what other subjects do you deal with in your lyrics?
The lyrics as a whole deal mostly with the end and the mechanics leading towards it. All the stuff we do to poison and destroy the future.

Do you feel they will impact people less perhaps, as they are more or less hidden behind titles that have a totally different feel?
Not really. If you’re into a band you will read the lyrics and appreciate the whole package. We want titles that are unique and nobody else has been stupid enough to use these before.

Why bother writing about the beautiful things?

Ah, know your master! One of the great philosophers of the previous century once raised the question: does humor belong in music? Please share your opinion.
Honesty belongs in music and a bands output should be a true reflection of the people in that band. We like to joke around, so that naturally seeps into what we create. Also, happiness is just as valid an emotion as anger or sadness, there’s no reason to be one dimensional. Everything that takes itself too seriously should not be taken seriously.

Zombies never go out of style you say, but really, how many seasons of The Walking Dead does this world need? And can you wait for that spin-off to start?
As Robert Kirkman said: There’s only one downside to zombie stories. They end. Style and fashion is two different things, when kids are back to playing hobbits, zombies will still rule.

Anything I forgot to ask but you really want to share with our readers?
Yes, we are available for both children’s birthday parties and funerals. Thanks!