PA’s Black Mask is probably one of the heaviest outfits interviewed on Some Will Never Know. Combining the best of hardcore, grind and other extreme musical forms this  band recently caused mayhem in Europe for the first time. Vocalist Mike fills us in on Black Mask.

Before walking into the show in Tilburg I knew barely anything about Black Mask. Can you tell me how long you’ve been around? Where members in other bands and is this the first European tour?

Hey Arold, Thanks for hitting us up. We have been a band since April 2012. Most of us have been in touring bands for awhile now. Justin and I have been playing music together for right around eight years. We were in a band called STS who toured the east coast of America a few times. Tyler Justin and I all played in a post rock band called Deadhorse before Justin and I formed Black Mask and our new guitarist Matt`s first tour with us was actually the tour we met you on. Justin and Tyler have toured Europe before but as for Black Mask as a band, It was our first time over. 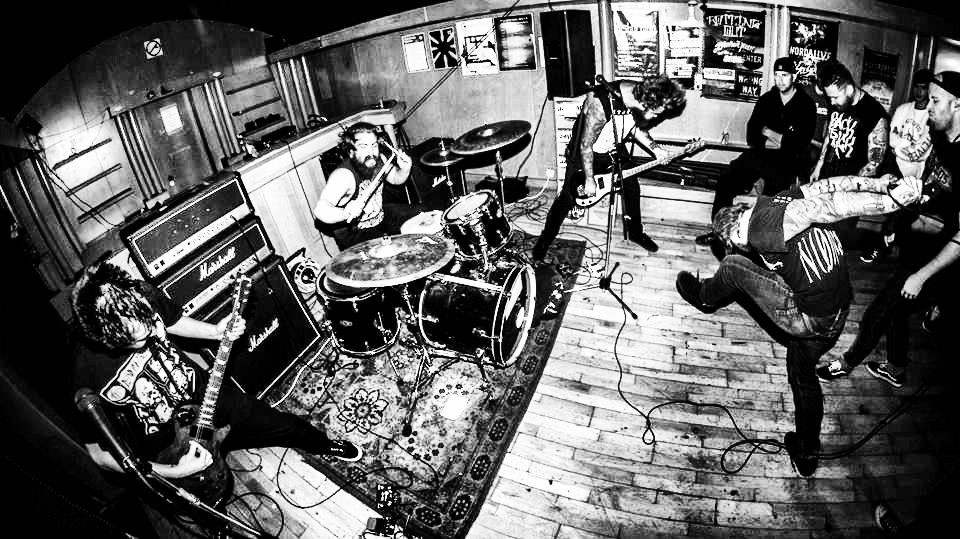 … Our main influences come from all kinds of music…

How did the deal with Reflections came about? And who is responsible for the killer artwork on the LP?

Reflections hit us up this spring telling us how much they loved our first EP and how they wanted to put something out for us in Europe. Then after talking a bit we decided to put both of our first two 7inches out on an LP. We couldn’t be happier with how they turned out! Our friend Chelsea Owen did our artwork and Suzanne from Reflections helped with the layout! if you are a band and would like to get art done by Chelsea here is her contact http://noprophetdeadpress.blogspot.com/ noprophetdeadpress@gmail.com

If I’m right the lp contains the first 7″ and a new one. When can we expect a real full length from you guys and why did you decide to release both EP’s on one LP as well.

Yes, you are right. We decided to do both 7 inches on an LP because of how unknown we still are in Europe so even though our first release is over a year old it will still be new to a lot of people who heard us on our European tour. As for a full length. We are going to start writing soon for it but our 7 inch Lost Below is coming out in America in early January. So it’s hard for me to even think of when our next record will come out.

I see you guys getting compared with Nails, All Pigs Must Die. Where do your influences come from?

Both of those bands are great, but our main influences come from all kinds of music so it’s very hard to pin point 1-5 bands that influence us more than others. 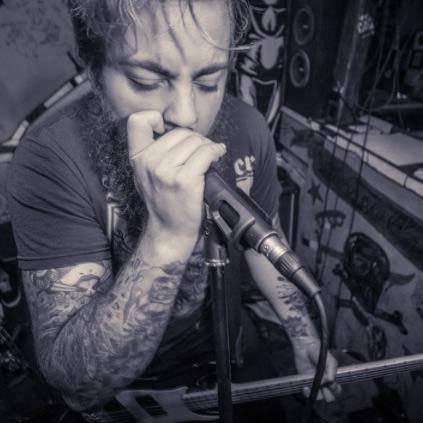 We generally like the idea of the listener to take their own meaning out of our songs so we tend to write very openly.

One of your songs is called Bottomfeeder. Were you aware that’s also a song by Rise And Fall. A band who plays the same kind of music and also has some releases on Reflections?

I used to listen to Rise and Fall a lot a few years ago but its nothing that I ever realized until you said it. I guess this is just something that happens when there are so many bands forming and breaking up every year. But let it be known, in my opinion that band ripped.

What are themes you guys address in your songs?

Our lyrics focus mostly on personal struggles but worded in a very abstract way. We generally like the idea of the listener to take their own meaning out of our songs so we tend to write very openly.