You don’t have to travel all the way to Washington DC to catch some Revolution Summer vibes, since 2010 Break Character is spreading the message from Utrecht. They recenty released a 5 song tape and singer Johan and guitarist Bert were nice enough to answer some questions.

Let’s start with some background information, I know Bert used to drum in Smash The Statues and early Tenement Kids. But have the other bandmembers been in bands previously?

J: Sure thing, David played the drums for Ataglance, Martin did drums for Tor Johnson, and I, well, didn’t play drums. But I have played bass in Cameron and Liar Liar Cross On Fire . I also screamed in Tor Johnson for a while.

Bert was it one of your main goals when doing a new band that you could switch from drums to guitar? And why did you want to be in another position in a band?

B: It was not really a goal. We started out as a band of three people who wanted to play the same kind of music. Three drummers. Martin already had a bass and I’ve been playing the guitar for years. So this line up made the most sense. The three of us are not really the frontman type, so we asked Johan to join us. And he did. 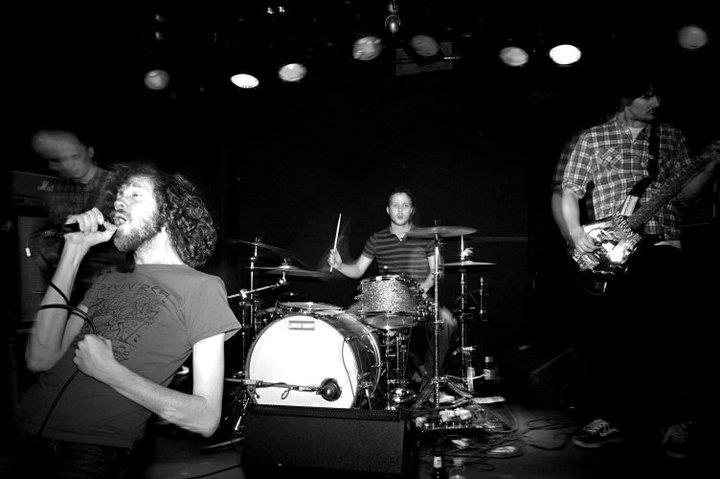 I love the fact that people bought the tape saying “I need to dig up my walkman for this!”.

What made you decide to release ‘Remainder’ on tape instead of a 7″?

J: The money. We weren’t sure whether or not we would be picked up, and a tape is a more solid investment then. I love the fact that people bought the tape saying “I need to dig up my walkman for this!”. In a way, the tape is the most punk medium, it’s cheap, easy to produce by yourself and looks a bit weird and silly. MORE PENCILS IN PUNK.

On Facebook you describe the band as taking influences of DC Revolution Summer bands as well as screamo and orgcore. That’s quite a range of music. Is that just a combination of the particular taste of all bandmembers? Or was it the sound you were going for from day one?

J: WE NEVER USED THE WORD “ORGCORE”. But 90’s/early 00’s screamo is a very logical progresion (or regression, whichever you prefer) from the DC bands and their heartfelt yet still political songs. And in a sense, it is a combination of the music we love, but only part of it. The style the band started off with was more punk-rock, more “org”, but since my voice is fairly horrible/didn’t suit the music, I started screaming and a somewhat harsher sound evolved from that. But I do think that the essence of the music, the sound, has been the same from day one. 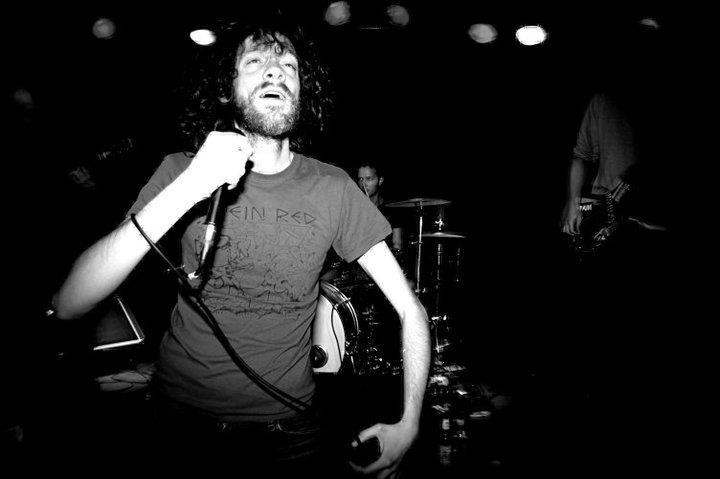 It’s less made to fit a specific mould, there was a brief sense of “anything goes”, and that for me is what is and should be an inspiration to take from these bands, whether you like them musically or not.

Just what do you find so inspiring about the Revolution Summer bands? And which current bands do you think fall in the same category?

J: They combine the ferocity and passion from punk and hardcore with a more emotional, gazing-inward style of lyrics and guitar-lines. It’s less made to fit a specific mould, there was a brief sense of “anything goes”, and that for me is what is and should be an inspiration to take from these bands, whether you like them musically or not. Looking at it like that, there aren’t that many bands which do that, but I for one think about La Dispute, Dagora, Crippled Black Phoenix, Panopticon and Ulver, all bands that follow their known paths within their genres, with most being subjected to lots of flack from “true” fans. But in a sound-wise perspective, I can only name Ghost Cat, Kidcrash or Regents as modern bands worth checking out which resemble the DC-sound.

Don’t you think Europe and The Netherlands need some sort of revolution this summer and I one would start what would be your ideal soundtrack for protest and riot?

J: As long as financial and political gain have power over common humanity, a revolution is needed. But I’m speaking for myself now, not the band. I’d play fucking Manliftingbanner the entire time, mixed with some Panopticon and Marduk.

What’s next for Break Character? Are you going to try and play more shows outside of The Netherlands or polishing up your music and try and do 1 minute on DWDD (De Wereld Draait Door- one of the biggest Dutch talkshows which lets bands play for one minute)?

J: Who knows! At this point we have enough trouble practising due to our jobs and other bands, but Bertje keeps on writing amazing songs and we get offers for shows, so I can see us playing everywhere and for a long time to come. I don’t think DWDD would be our kind of show, we have opinions on matters, but Jinek op Zondag can call us any day.

Thanks for the interview man, keep up the awesome work, keep supporting local bands, local scenes, and start your own band. Worth every single drop of trouble.