When Pim saw the video by this new punk band from the Netherlands, he immediately fired a couple of questions at them.

So what’s on your mind at the moment?
The amount of support we’re getting at the moment! It’s unbelievable. We spent the last months working on songs, recording, the video, artwork, and right now it’s all coming together and it’s so awesome to see that other people are as excited as we are about it.

Yeah, you just released a new cool video, so the reactions so far are great?
It’s been crazy! Everyone’s been very supportive, including the guys from BlankTV who premiered our video. People get the vibe we’re going for and apparently they like it. 3500+ views and about 200 new facebook-likes in 24 hours almost speaks for itself. We are very grateful and we can only hope this will continue to go on in the future.

Nice to hear that! How did Call It Off came to be? Any ex-bands we should know of?
The whole idea of starting a band together actually started as a joke during a tour with a different band. One month later we called each other and we decided to just go for it, even though some of us were still in other bands. On reflection, the lyrics for ‘Do It All Again’ are surprisingly appropriate.

What different band we’re talking about?
Glasses & Mustaches, actually. On tour Maurice was filling in as lead guitarist and Lesley was our tourmanager.

How did you guys end up on White Russian Records?
Lesley already knew the guys at White Russian. They liked our songs and ideas and we really liked their DIY way of handling things, so in the end all it took was a couple of beers and the deal was done. It’s so cool to share a roster with great bands like The 101’s and Harsh Realms. We’re very excited.

So what are the future plans so far? I’ve seen you got a bunch of dates lined up?
Pretty much playing as much as we can throughout Europe for now. Even though there are already plans for the next record, we’ll be focusing on releasing our first EP and having loads of fun on stage for now. 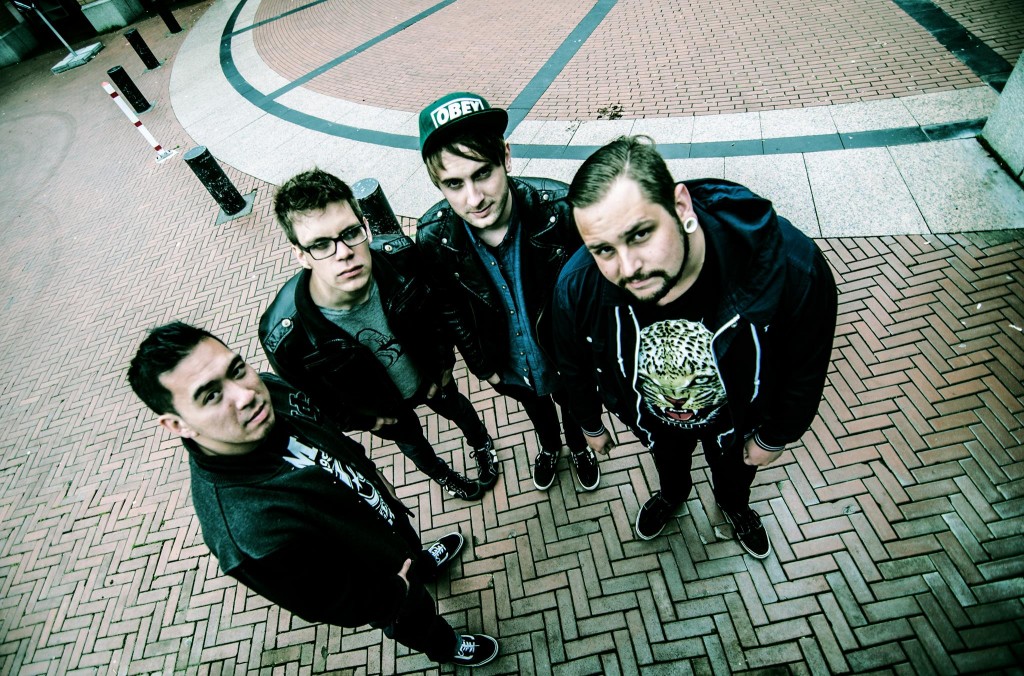 What’s your favorite Call It Off lyrics so far, and why?
I love “Do It All Again”. Everyone’s been in the position that even though you know better, you just go for it anyway and face the consequences. And that means in any situation, not just a relationship.

While we’re talking relationships… The upcoming EP is called “Lovers”, who or what are you guys in love with and why?
It covers the lyrics in a sense, but it is actually part of something bigger. It will make more sense in the future.

Aah come on, don’t leave us hanging like that. Give us a hint?
It’s actually quite simple, so it’s hard not to spill the beans. Let’s just say that nothing’s what it looks like, and that counts for our EP and its artwork as well.

What should everyone remember about the band after reading this short interview?
Our name! That’d be a great start.

Band: Call It Off