Remember Charge? I loved that band, so when that fell apart, I kept an eye on the bands it spawned, like Overstand. Out of the ashes of that band comes Changes. And when a band pays tribute to Bad Brains – Sacred Love in one of their songs (listen to Shark Pipe below) you can’t go wrong with me. So I decided to ask singer Shawn some questions… 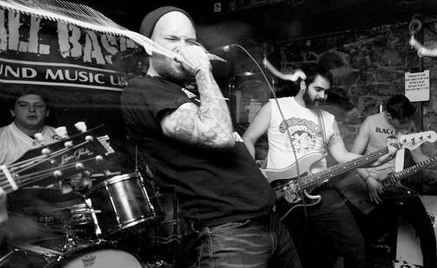 Hey Shawn. Changes. Who’s in the band and where could we know you guys from?
Well I do the “vocals” and I played bass in Charge (2001-2006) and also fronted Overstand (2008-2009), which was a band mostly made up of members of Charge. Tyler plays bass and he played bass in a few bands – Burn The Tyrant and some other bands. Mike plays guitar and he also fills in with a Death Metal band called The Ghost in Black and White. Dustin plays guitar as well and he has played in Burn the Tyrant, Seasick, The Banner and he did guitar tech work for Madball. Jon plays drums – he also played drums in Overstand.

So what are the biggest influences for Changes (whether we can hear it back or not)?
Everyone would give you a different answer as we are all of various age ranges which means we all kinda came up in different era’s-so different bands may have been more influential for each member. I would say overall fast driving hardcore. So for me that means bands like Bad Brains, Cro Mags, Sick of it All. Raw more punk shit like Born Against, Iconoclast, etc. Riffy shit-Black Sabbath. COC, Down, Clutch, Kyuss, etc. I wouldn’t say we sound like any of these bands-but you may get some of that vibe coming thru on our songs. It basically powerful hardcore with heavy blues based riffage in there.

Before we forget anything. What’s the thing everybody just needs to know about the band?
We are a bunch of friends playing music we want to play. As I am the elder of the band, a lot of times I get the question from friends my age… “Why do you still play hardcore music?” and I answer because it feels honest to me. I feel I am being genuine when I do it, I can speak about subject matter that is relevant to our time, place and circumstance, I like that there is a community based on the DIY ethic, the energy of the music is a positive release of what some may call “darker” emotions or subjects. So basically we are playing what feels genuine and relevant to us. Otherwise to know any more listen to the music, read the lyrics or better yet-see us live.

So how are things going at the moment?
Things are going well. This is the most fun I have had with a band so far. We all work well together, everyone shows up-does their part and things just seem to be moving at their own pace. No forcing it, just going with the flow. We released the Changes “Demonstration” CD on our own label Grand Architect of the Universe in January and the response has been good. We are following it up soon with a split CD release with Old Wounds. That will be out in June. Each band will be doing 3 songs and then the plan is to work on an LP. Get out of state more for the summer and see what people think. I love recording but I think overall for this band it is important to see it live. The best feedback I have gotten is always after a show, when someone comes up to you after a show and let’s you know they were moved by your set-there’s nothing better.

And how about future plans?
Get this split CD with Old Wounds out for June. Play shows, write more songs and see what happens. Possibly a label will want to work with us on an LP. I think if we just focus on playing killer live shows things will come together. Honestly I approach the band with little expectation although I do feel the band has some solid potential. We would like to tour and really get out there-but I’m staying focused on the moment and I think things will fall into place with that approach.

Ok, one more. What’s your favorite Changes lyric and why?
“I won’t pledge my allegiance, it just goes against my intelligence, not saying I got so much but certainly just enough, se those demonic schemes as they grow to fall and bust at the seams”
I think that’s a very honest lyric. There is that element to hardcore/punk that people would call preaching. Although I never took issue with bands people called preachy I don’t want to be a preachy band. There is an obvious heavy level of “message” so to speak in the lyrical content at the same time I know I’m just a person. I don’t have it all figured out-I’m learning as I go along in life. I don’t want to put myself out there as someone who has “the answers”. I will be happy if I can have my answers if you catch my drift. But I call bullshit on bullshit! I think that has always been the bite of punk. Say what you mean, mean what you say.

I’m doing this with every band and you will be no exception: Ask yourself a question and answer it too.
Hey Shawn how does being older and having a family effect doing a band? IT MAKES IT WAY FUCKING HARDER! Ha ha!

Hahaha. Anything you want to add?
Thanks for taking the time to interview me and being interested in what Changes is doing. Thanks to everyone who has been helping us with shows and everything. Joe Hardcore in Philly, Brett Morgan at Bands on a Budget, Kitzel with Reaper Records, Donny from Quiet Arcs/Cop Problem. Brandon and everyone in Old Wounds. The New Jersey hardcore community. The Hardcore community worldwide for giving us such a great network to be able to play music in.

Bonus question. I know it’s not fair, but I gotta ask. What happened to Charge and is there even the smallest of change of an European tour, someday?
Charge just kinda fell apart. I can’t pinpoint any one thing that happened-it just ended. Things have a start and a finish. Charge started in 2001. It ended for me in 2006 and ended for the everyone else in 2008. There is more of a chance now more then in the last few years-the only reason I say that is everyone will be back in Jersey again real soon. Steve came home from Indiana and is working on a new band. Greg is around and is working on a band with our friend Tony. Now Brian will be coming back from Arizona this summer. But there has been no talk between any of us of any Charge reunions etc at the moment. I would always be down to do it-at the same time I don’t really see it happening. But I always appreciate all the love we have received during and after Charge from the European hardcore community. Sometimes I feel like that band had so much potential but was a huge failure. The feedback I have gotten from kids all over Europe always makes me feel good that the music was important to people so far away who never got to see us live. Thanks again. 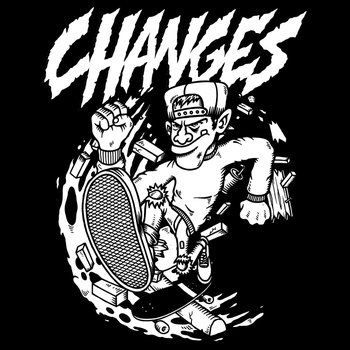