Dutch straight edge bands are few and far between so it’s about time we pay attention to one of the few and proud still hanging tight: ClearxPath from Rotterdam. Vocalist and founding member Lorenzo gives a little insight.

ClearxPath has been around for a couple of years now. Did the kind of music that you play shift over those years. From what I remember when you started out you wanted to do a more metalcore band. And how did that shift in style came about?

Lars, Stijn (our first bass player) and I started the band named xAccusedx and we had the idea to make Youth Crew/Straight edge music with a slight influence of Metal, we never wanted to be a full metal-core band.

I think we definitely changed our style in music and the main reason of that is that we had some changes in the band in terms of the players as you might know we had some switches around in the band with our musicians. Everyone has his own idea on making music or how a track should sound, you can really hear the difference when you get to play with a few guys that are all playing the same songs of the band.

Another change of our music is our own development in how we play music and how we play together as a band.
So yes, we have changed our style of music and its funny to look back at the tracks we made when we just started out and the tracks we got now you can really hear the improvements and experience.

My view on straight edge has changed in many positive ways, it is and will always be the most important thing in my life. I think I could have never overcome my struggles  and problems without it.

Straight edge has been one of the main topics of this band. Has your view on straight edge changed over the years? Is it still one of the most important things in your life?

My view on straight edge has changed in many positive ways, it is and will always be the most important thing in my life. I think I could have never overcome my struggles  and problems without it.

You guys are one of the few sxe bands around in the Netherlands. Do you miss a sxe scene here. Or is there a scene only it’s without many bands?

As far as i know we are the only ones together with Vitamin X, correct me if I’m wrong. In the years I have been straight edge I have seen many friends and faces come and go. Dropped the edge for different reasons legit and bullshit ones.

There are some straight edge kids in Holland and its a pretty tight group but everyone is in other bands like Hawser, Wroken and so on.

You joined Blindside on their UK trip a while ago. How did that came about and is Blindside on of those bands who inspire you on how to run your own band?

It was a really funny story, I’m close with Joey and Kasper who are the drummer and the guitarist of Blindside and also bass and vocals for Redemption Denied. Joey gave me a call at midnight a day before the tour started (wich also was my birthday). He and Kasper asked me if i wanted to see my girlfriend again, who was studying in Cheltenham at that time. They continued and said well we have a spot left in the van if you can be at Brussels at 11 you can hop in and be on tour with us! I immediately started packing my bags. it was an awesome experience and Blindside is definitely a band that inspires me. A weekend to remember forever. 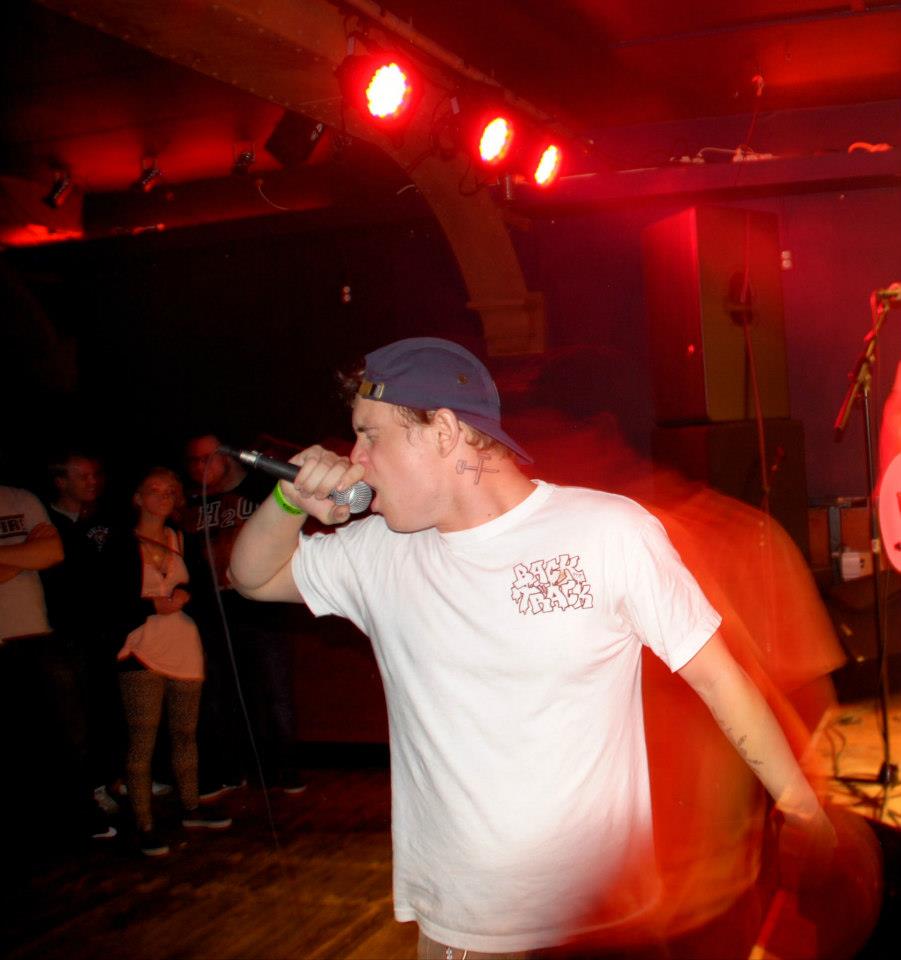 Our drummer just couldn’t handle it anymore and smashed some furniture at the house and he was yelling and threatening some of us and screaming saying that he wanted to go home. So that’s what we did, the next day we drove him over to Manchester Airport and he took the plane back home.

Which other current bands are a real source of inspiration?

Backtrack, Coldburn, Swamps and Expire are bands that really had a huge influence on the band

Clear X Path also did a short tour in the UK. I read something about problems with your drummer. What happened? Are you currently without a drummer?

That’s actually a funny story when you look back at the whole weekend but when we were in the middle of the weekender we never felt worse I can tell you that.

I’m not going to talk trash around someones back like this but I’ll tell you this. Our drummer (he is not in the band anymore) couldn’t handle living the ‘’tour life’’. I suppose, he was expecting a full buffet and a nice bed with a soft pillow.

But when we arrived in the UK reality had hit him hard and he realized that none of his wishes were ever to come true on that weekender. After our first show in Leeds we stayed at the bookers house (which we are very pleased for his hospitality) our drummer just couldn’t handle it anymore and smashed some furniture at the house and he was yelling and threatening some of us and screaming saying that he wanted to go home. So that’s what we did, the next day we drove him over to Manchester Airport and he took the plane back home.

After that we had no drummer (obviously) but the booker of the show (Carl) was kind enough to give it a shot. So that day we went to the nearest rehearsal room and practiced for 2 hours straight so we could play some sort of a set.

I have to say that we were pretty pleased with the result, after all it wasn’t the show we hoped for but we sure had a lot of fun and so did the audience and I think that that’s the most important of playing music.

Luckily we found a new drummer very quick and we are busy learning him all the songs we know and even more so we will be back don’t worry about that!

What’s next for ClearXPath? When can we expect a record?

Our goal for now is to release a full length this summer called ‘’Dedication’’. We are working hard on it but due to recent events we kind of got slowed down, but that won’t stop us. We are very positive about our new music and everyone can expect something good and different from our old demo which we recorded back in 2011.