Drug Church is a new band from the USA, featuring members of California and End Of A Year Self Defense Family (or whatever they’re called at the moment, the band on Deathwish). Describing themselves as for fans of Quicksand (amongst others) they quickly got my interest. And with that opening riff of “Visualize Latham” they turned me into a believer. Time to let Cory introduce the band.

Are you guys devoted church goers or drug addicts?

Haha,actually none of use drugs or go to church.

Anyway, what’s on your mind at the moment?

Not much,getting ready for our show next monday with a couple of great bands, Rise and Fall and Masakari. This is one of 8 shows in the U.S. this spring for R&F, so it should be awesome and I’m excited to see them again.

This one’s straight out of the generic questions hall of fame: Who’s in the band? And any bands we might know you from?

Well in the band we have Chris-drums, Nick-guitar, Terry-bass, Pat-vocals and myself (Cory)-guitar. Chris,Nick and myself play in a more emo/pop punk band called California. Terry used to sing for us, but he has since stepped away from that band. Pat sings in a band called End Of A Year Self Defense Family, or maybe they’re just called Self Defense Family now.They’ve put out a lot of great records, currently they’re on Deathwish Inc. and have a new 7″ coming out very soon.

If we would witness a mass at the Drug Church, what would it be all about?

Our band is all about people coming out and just having fun. Hardcore and punk shows have always been about release,s o hopefully people come out and have fun. Maybe bring back the push pit,who knows.

What are the plans for the band, there’s a demotape coming up right?

Yeah, we have the demo tape coming out soon via Ride The Fury Records, it’ll be very limited so people should stayed tuned to their website or our facebook page or whatever if they want to pick up a copy. We are in the beginning stages of writing more songs for a full length, which may come out on a label sometime this year, not a lot of details at this point. And we’ll be trying to play a bunch of shows at home and abroad this summer.

What’s the song you wish you would have written with Drug Church and why?

Man, this is a tough one.There are alot of bands I love that I wish I could have thought of their songs first. We’re kind of obsessed with this band Seaweed. They had the perfect mix of punk/hardcore/and a grungy vibe back in the 90’s. So probbaly one of their songs.

So what’s the one thing people should remember about the band after reading this short ‘interview’?

That they should check us out, give our music an honest chance and maybe come see us at a show soon.

Any other bands from your area we might not know about yet that we need to check out?

And to step away from the music for a second, if you could change anything in the world right now, what would it be? World peace is not an option, since the Cro Mags said so.

There is alot of stuff going on in the world. It’d be nice if we could do something to help those without food. The world population is rising. I read somewhere that the earth’s population will likely reach 9 billion by 2050, food will get even harder to come by. Those who can afford it will still get food but poorer peoples will have it even harder,so i think that’s something that will need to be figured out very soon (and I’m sure there are groups out there working on this problem right now).

What was your motivation to start this band?

The idea for the band started when Nick had come up with a cool riff (that ended up being the verse riff in Visualize Latham) that didn’t fit into our other band California. We kept jamming it at practice and eventually asked Pat to sing.

Thanks a lot for the interview! 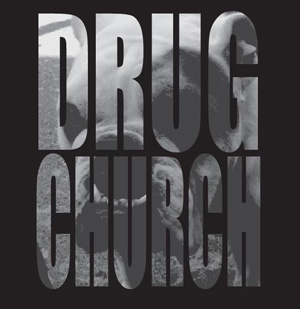