Without a doubt one of the few Dutch bands who came from the hardcore scene and reached a broader audience is calling it quits. Guitarist Aart looks back on 15 years of touring, recording and dealing with labels.

Why did you decide to break up? Do you think musically the band has reached its peak or is it more as persons who lead a different live now than 15 years ago it was harder and harder to commit to the band?

I think we all came to a point where we needed change in our lives both personally as musically. 15 years is a very, very long time. I myself have always tried to venture into other musical projects next to Face Tomorrow but could never fully commit. I never really had the space left in my life and head to do other stuff both musically as personally. There would always be this voice in my head telling me to do whatever needed to be done for Face Tomorrow. Like writing songs, taking care of social media stuff, trying to work on new ideas to get our name out there. It will be nice to finally lay that voice to rest and give myself a good chance to start something new, something different.

We came close to signing a major label deal in the USA with Atlantic Records in 2005 after Dreamworks Records had already been asking about our plans.

During your first seven years things only went better and better. You played festivals like Lowlands. Opened up for AFI in the UK. Was there a time where you thought ‘we’re going to be huge soon?

There were times when we were literally getting close, so yes in my head there were definitely times where I thought that we could start to make a living out of this. That we could actually quit our shitty jobs and just tour the entire year. We came close to signing a major label deal in the USA with Atlantic Records in 2005 after Dreamworks Records had already been asking about our plans. I think every band that goes through that will start to think that they were getting huge real soon.

Why didn’t you get a deal with Atlantic?

The basic story, our A&R manager was supposed to fly over to hear the new songs but got fired before he did. I wish we could have said that we didn’t want to sign with a major label but unfortunately we were tempted enough to do so. 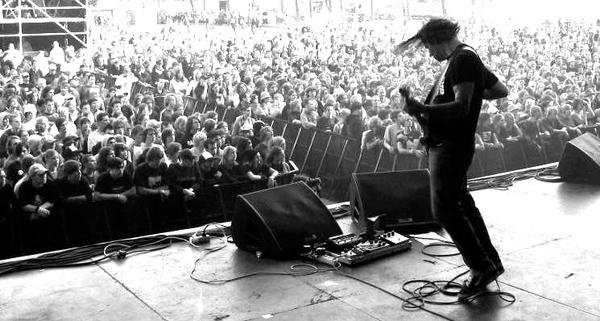 The truth is just that our plan didn’t work out.

Personally I thought after the release of The Closer You Get the band seemed to be focused more and more on The Netherlands. Shouldn’t you have tried to break more ground in Germany where there’s a bigger audience for your kind of music?

We weren’t planning on doing that actually. At least not the entire band. The plan was to release In The Dark in The UK through a local label, In German Austria and Switzerland through our current label Redfield Records and then in the Benelux area through Excelsior. I was working on that. Another bandmember though decided that we should be on a bigger European label and decided to wait it out. By that time all the labels except for Excelsior decided that, with the album already being released in the Benelux area for a month or three, they didn’t want to do it anymore. Because all the downloading they thought that everyone who wanted to have our new record probably already had it one way or another. So we got stuck in Holland and Belgium. Belgium however wasn’t really reacting that positive to In the Dark so we didn’t play their as much as we wanted to either. Sounds better though, that we focused more and more on the Netherlands. But the truth is just that our plan didn’t work out.

We threw away about two albums worth of stuff because we weren’t thinking in the same direction.

In The Dark was made in a very dark period of the band. How close were you guys to breaking up back then?

I don’t think we were ever really close to breaking up during the making of that record. A lot of stuff changed in our lives though, we all started to give some time to our personal lives due to the forced break we had to take when our singer got operated on his throat. And the writing process was the real killer. We threw away about two albums worth of stuff because we weren’t thinking in the same direction. And ofcourse my and Jelle’s dad dying during the writing and recording process didn’t help either. Losing your father at a young age, both our dads were about 54 at the time they died, is just really hard to get through. I’m still not over it and it’s been over 4 years now. 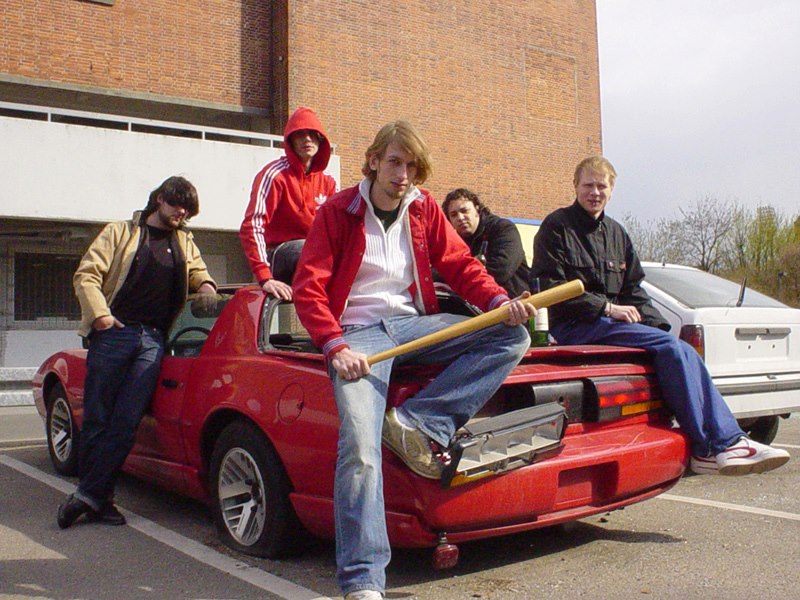 They just signed us because we sold quite a lot of copies of our first two records. I mean they didn’t even hear the record before they signed us.

That record came out on Excelsior which isn’t known for working with bands with a punk background. How do you look back on that collaboration?

Well it didn’t work out. I think they just signed us because we sold quite a lot of copies of our first two records. I mean they didn’t even hear the record before they signed us. Things started to really go wrong with our last record though. It was supposed to come out on Excelsior Records in Holland, Funtime Records in Belgium and Redfield Records in Germany, Austria and Switzerland. Excelsior already had the master for the record for about three months and we were working hard at getting the artwork done and then out of the blue we got an email about 2 months before the release date that they had decided to not do the album. That was killer. Luckily Alex from Redfield helped us out big time. He was really surprised because he just had a meeting with Excelsior discussing al the final details about the release. I think that without Alex that album would have never seen the light of day.

Jelle, your singer, participated in a Dutch television talent show which was all about the search for a new singer of Di-Rect. Did he participate in order to get more people into Face Tomorrow or did he really want to be in that other band as well. And did it help gain more ‘fans’ for Face Tomorrow?

The only reason Jelle joined that show was because he was asked to join at a time where Face Tomorrow was on the verge of breaking up. By the time we had decided to continue as Face Tomorrow I asked Jelle to quit the show and he did. I don’t think it ever did anything for Face Tomorrow and it was never intended that way either.

2011’s Face Tomorrow is to me the record that sounds the most like you guys sound live. Do you think that record is received the recognition it deserves?

I think by that time in Holland to the music industry we were that band that didn’t make it into the big league. Most of the promoters at venues and festivals didn’t think we would draw any crowd because our new album wasn’t on Excelsior anymore. I still think it’s our best record and I do think that a lot of people didn’t even try it because they didn’t believe we could write a decent record anymore. Then again a lot of things have changed, we are not a young band so we can never really be the flavor of the week. 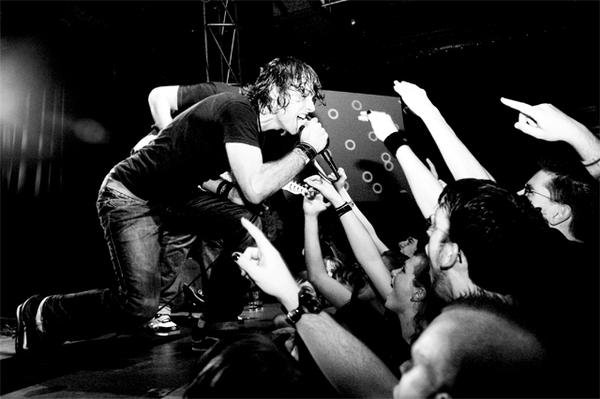 Our biggest achievement is showing the Dutch music industry that even a band of without any major label, booking agent or management can achieve as much as we did.

What were highlights for you these past 15 years?

Working with and meeting with a lot of like minded people. I think our biggest achievement is showing the Dutch music industry that even a band of without any major label, booking agent or management can achieve as much as we did. Times are a lot different now then when we first started out. Bands can get a lot bigger these days without major labels and managements. The DIY method is much more generally appreciated. I consider that a good thing by the way but at the time we started nobody from outside the hardcore punk community believed in it.

Face Tomorrow was named after the Mouthpiece song, are you still into that band?

I still consider myself a hardcore kid and I still mainly listen to hardcore and punk orientated bands. So yes i’m still into that band and a lot of other bands I was into when I started the band. I still think it’s weird when I meet people from back then who just aren’t into hardcore at all anymore. It just doesn’t make sense to me. But to get back to Mouthpiece, they just sounded so different from all the other hardcore bands back then, they weren’t just youthcrew, there was something erie and dark about them. Somehow a little bit the same as Chain of Strength. The songs sound like they’re not only upset but also sad and disappointed. I think that’s what makes Mouthpiece so special to me.

Are you going to continue to play music or are you abstaining from band life for a while?

I will never stop playing music and I think most of us will not stop. I’m working on a new project and I know Jelle and Sjoerd are too. Like I said, it’s time for something new for all of us both musically as personally.

Some of their videos