Recently I reviewed Fonija’s new album Mojot pekol. I was very much impressed by this band I’d never heard of before. Time to look into who we are dealing with here. I contacted guitarist and singer Deni Krstev and had a nice chat with him. Here’s what he has to say.

Let’s start this interview nice and simple by introducing yourselves. Who is Fonija?
Fonija is a group of friends which happened to feel equally angry at the world and willing to turn that anger into music. We play together since 2007, Stefan (our bassist) and me went to the same school. Later we found the equally dedicated-to-music Kristijan on a benefit concert and we’re functioning in this line-up since 2009.

I had a hard time pinpointing your sound. A little help is welcome here. So, what are your main influences music-wise?
I can speak only for myself, because we all listen to different kinds of music. I adore bands like Mega City Four, Husker Du, Moving Targets, Rites of spring, Dag Nasty, but lately I’m really into the Manchester scene from the 70s and 80s. From the currently active bands, I really like bands from the Balkans like Debeli Precjednik, Vlasta Popic, Stuttgart Online, Real Life Version, etc…

On your bandcamp I see that you’ve released a couple of albums already. I think we can state that Fonija is a productive band. How’s the reception of your previous work?
We’ve managed to release 4 albums in 6 years. We released the first one called “Paranoia” in 2008 when we were still in high school, and since then we’re trying to make every album better than the previous one. I think the audience understands that very well and they are growing along with us. We are getting a better reception with every new release. 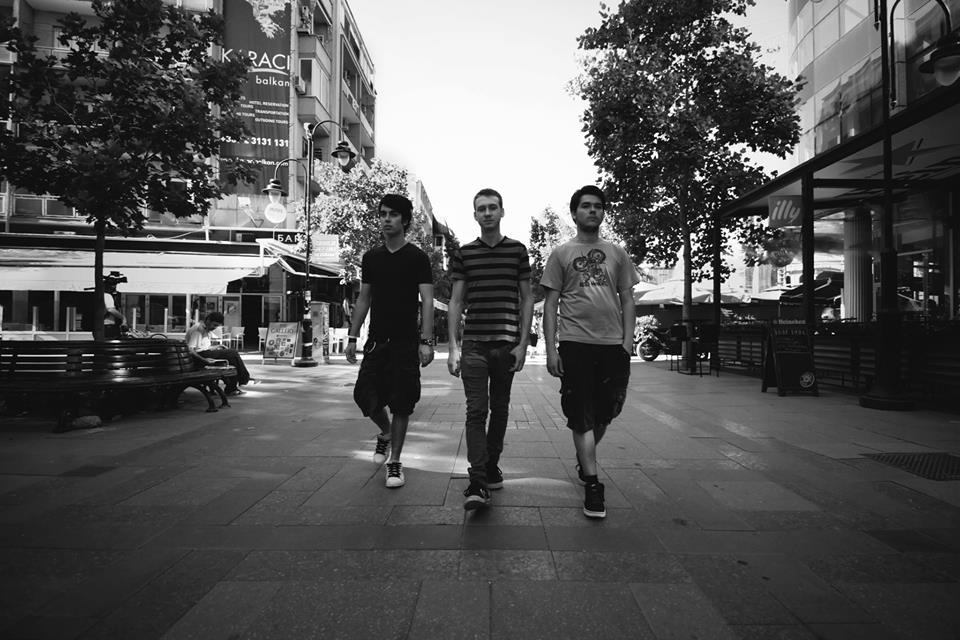 I think that a lot of bands sound strange and sometimes downright funny when trying to sing in English. I than prefer listening to them singing in their native language.

Your music sounds like it’s ready for big stadiums. It’s easy on the ears and could appeal to a lot of punks and music fans out there. What are you’re goals with Fonija?
We really don’t see us as a stadium band, we prefer concerts where we can be as close to the audience as possible, without the fake distance that’s created when playing a stadium. Our goal is to play in front of as many people as possible, in as many cities as possible, without making compromises to our own philosophy.

Well, we can see your working hard on that! I see you tour mainly eastern Europe. Any chance we will be seeing you in western Europe as well?
Yes, we’re planning a bigger tour in April/May 2014, and we hope to play in almost every country in continental Europe.

All that touring should lead to some juicy stories, right? Any exciting tour stories you feel like sharing?
Every single thing about the concept of touring is interesting. Every day on tour is exciting in its own way.

Commenting on human relationships (of any kind) is our primary inspiration.

What I always find interesting is the language in which a band likes to express itself. With English as lingua franca a lot of bands opt to write English lyrics so that their lyrics can be understood by (and can appeal to) a wider audience. You choose to write in Macedonian. What are your considerations to do so?
Even though I know that by singing in Macedonian our words have limited power of action, I don’t think I can express myself so accurately in any other language. I think that a lot of bands sound strange and sometimes downright funny when trying to sing in English. I than prefer listening to them singing in their native language.

Well, we do agree on that! I’m curious to what you are singing about, so please give us some insight in the subjects your discussing. What’s the message that you’re trying to get across?
We’re singing a lot about the challenges that every young person confronts on a daily basis. Our lyrics aren’t restricted only on topics such as politics, there are so many things that are troubling us. I usually write about situations and the consequences of these situations. Commenting on human relationships (of any kind) is our primary inspiration.

The cover art of your new record is looking awesome. I’m guessing there must be connection with the lyrics. Can you explain the concept behind this painting?
We weren’t really sure how we wanted our cover to look, so we contacted Ljupka Tanturovska, gave her the lyrics and said “just draw whatever you feel like drawing”. So she drew this screaming, self abusing man, holding his destiny in his own hands. The name “Mojot pekol” which means “my inferno” came later, completing the concept of the album and the artwork.

What is your dream with Fonija? What do you hope to achieve with this band?
We hope that people will listen to our music, feel something from it and do whatever they feel like doing afterwards.

It could be my ignorance, but I don’t see Macedonia as one of the major hardcore/punk producers of Europe. How’s the scene over there, is it a vivid scene that we can expect to hear from soon? And which bands should we really look out for?
Macedonia has pretty solid scene, but maybe the financial/political circumstances don’t let the bands spread their music by touring. However, in the last couple of years bands here are starting to tour more and more and things are getting better. I recommend Bernays Propaganda, Xa Xa Xa, Culture Development, Molokai, Screaming for change, Mindless violence, Alternative nation, SIZ, Millko, Generiss, Gears, The John, PMG Kolektiv…