H2O on the Don’t Forget Your Roots record

H2O have been around for a long while. I remember when their s/t record came out and the crazy shows they played in the nineties. Then things got quiet untill the release of Nothing To Prove. Recently Bridge 9 released the Don’t Forget Your Roots record which has received some mixed reviews. Bass player Adam Blake gives some inside information in the making of that album.

A lot of bands start doing cover records because they (temporarily) don’t have enough inspiration to write a whole new album. Was that also the case for H2O or is the Don’t Forget Your Roots record something you always planned on doing someday?

It’s a little of both, we have talked about doing a tribute record for a long time and we weren’t ready to go into a new record yet, so it seemed like the perfect time. 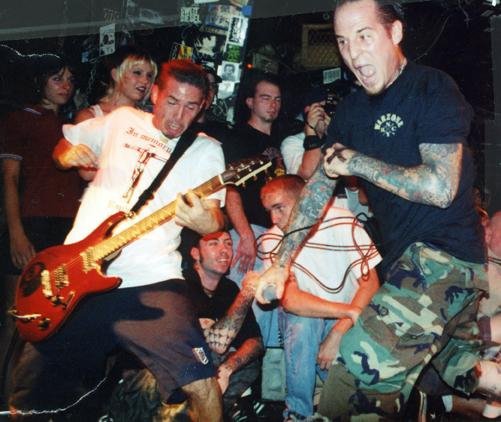 We wanted to avoid some of the songs that a ton of other bands have done, Blitzkrieg Bop for example. We also wanted to keep it close to bands that had a direct impact on the way we sound today.

How did the particular selection of the songs covered come about? Did every band member suggest some songs and then the whole band meeting up and debating which songs to cover? Also can you tell me which songs almost made it to the album?

Choosing which bands to cover was pretty straight forward, choosing which songs was a little harder. We wanted to avoid some of the songs that a ton of other bands have done, Blitzkrieg Bop for example. We also wanted to keep it close to bands that had a direct impact on the way we sound today. We kicked some suggestions back and forth and finally came up with the track list. As for which songs almost made the record, we actually recorded the music for another Embrace song, and we started working on an Agnostic Front tune (Somethings Gotta Give) and a Tribe Called Quest song, Check The Rhyme, but for various reasons, we didn’t end up doing those.

Some of the songs you cover are from bands you’re friends with like Rancid, SOIA. Isn’t it more frightening to take on the song of a friend, weren’t you afraid they would think your version as less good as the original and do you think your friends would say so if they felt that way?

It was the opposite actually, we actively sought out these people opinions and suggestions. Pretty much every band on the record got to hear our version before it was completely done and in a few cases, they even made suggestions on things for us to try, so in some ways, it felt like a collaboration. We made it very clear that we were open to suggestions and if someone had really disliked our version of their song, we would have respected that and not released it. 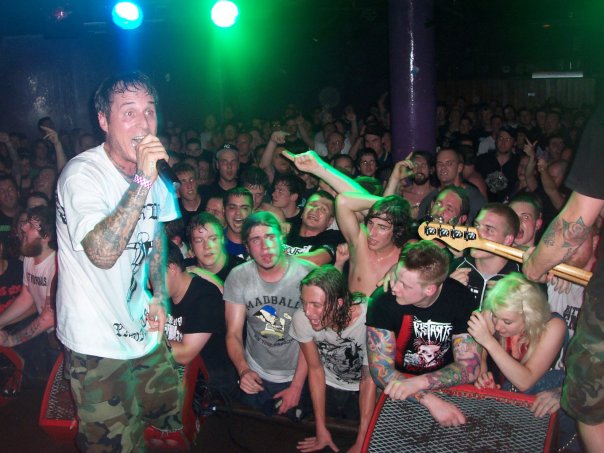 We did go pretty deep into trying the Tribe Called Quest song, but we ended up stuck between either playing it a fast punk song or making it some kind of rap/rock hybrid which we felt kind of cheesy doing, and neither of which would have served the song well.

Throughout former records you always had guest vocalists. Was it a conscious decision not to have some on this record? Don’t Forget Your Roots mainly focuses on hardcorepunk bands. Did the band also talk about including covers from a wider range of music and if so why was this idea discarded?

The fact that it was all other people songs, made the idea of having guest vocalists not really appropriate for this record. As far as other types of music go, it was definitely discussed but the decision was made to stick with artists who directly influenced the sound we have. Within the band, we like a huge cross section of music, and artists as varied as Iron Maiden, Prince and U2 were brought up as possible but ultimately we decided to stay with hardcore/punk rock bands. We did go pretty deep into trying the Tribe Called Quest song, but we ended up stuck between either playing it a fast punk song or making it some kind of rap/rock hybrid which we felt kind of cheesy doing, and neither of which would have served the song well. In the past we did an Ice Cube song and a Madonna song, so we’re not afraid to acknowledge our more diverse influences either. 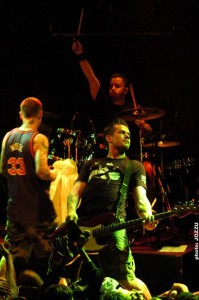 The band is coming over for a tour with Madball. Why did you decide to tour with them instead of for instance bringing along a new and upcoming band?

Well, Freddy asked us if we would like to do Rebellion fest and Madball is one of our favorite bands to be on tour with so it was kind of a no brainer. I think its a really fun package for kids to come and see, we’re gonna have to draw straws every night to see which band gets to play Pride though…

Oh, the set will definitely include covers for sure, but I don’t think we’ll ever do a full covers show. That’s dangerously close to karaoke band territory. We’ll play a good mix of stuff, we broke out some first record songs that we hadn’t played in 12 years recently so maybe they’ll be in the set too.

With Don’t Forget Your Roots I think you’re focusing mainly on the newer generation of hardcore kids who ‘discovered’ H2O after Nothing To Prove. The reactions and shows since that record have been raving. Did you expect such a return after the band was pretty invisible for a longer period? And why do you think a newer generation is into H2O whereas new albums from bands like Agnostic Front don’t seem to find their way to younger kids?

We were really surprised with the response Nothing To Prove got and we are truly grateful for it with all our hearts. To come back after not releasing a record in so long and to put something out that people really seemed to like, we a great feeling. As for why younger kids seem to connect with us…honestly, I don’t know, but I’m super happy that they do.