Hollow Truth, the Bray area thrashers, recently released their debut EP: The power to endure. An impressive debut. But what’s up with the references to Greek and Roman mythology? Time to ask ‘m a couple of questions.

Your debut is out. Are you happy with how it turned out?
Yeah, the four of us are delighted with it. It took a while to have six songs that we all agreed on, so it’s a good feeling to be able to put out a record that each one of us was equally happy with.

The power to endure is released on Powertrip records. Your sound is kind of different from other bands on that label. How did you end up on there? Did you shop for a label with the album already recorded?
We’ve been in contact with Hannes at Powertrip for a good while now, since he re-released our demo on tape about a year ago. We initially talked with him about doing a 7″, and were thinking of leaving one of the 6 songs off the record, but he liked the whole EP so much that he didn’t want to leave any of the songs out so we went for a one sided 12″ instead. Couldn’t be more thankful that our first EP was released on such a cool label alongside some of our favourite current hardcore bands like Demonwomb and Gone to Waste, to name but a few 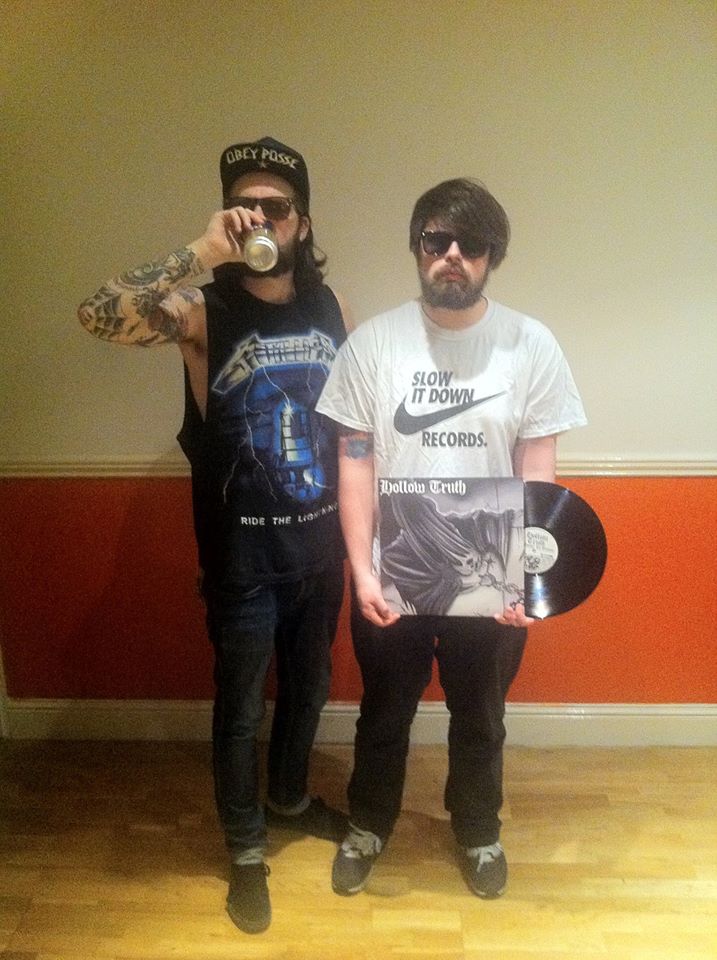 Yeah, it may seem a bit odd that an Irish band sing about classical mythology!

A lot of songs deal with Greek mythology on The power to endure but also on the demo’s. I consider myself open-minded and try not to frown upon Dutch bands singing about Vikings, or a Norwegian band that sings about Native American folklore for example, but it does make me curious why bands do this. How did all those reference to Greek Mythology end up in Hollow Truth-lyrics?
Yeah, it may seem a bit odd that an Irish band sing about classical mythology! Ciarán our singer studied ancient and medieval history in university and is passionate about the classical period – Greek and Roman history and mythology in particular – so some of his lyrics are inspired by different themes found in ancient literature that are still relevant in some way to the world/people today.

Is this a Hollow Truth trademark that we will see more of in the future?
It will definitely feature in the new lyrics a little bit, but not as heavily as in the last EP or demos. The lyrics of the four songs in the new record are all under one theme that links them all together.

You are already writing new music (according to your Facebook post). What can we expect?
Yep, we’re currently finishing some new tunes for a split tape with our friends in Hardships from the UK who play fast-as-fuck thrash metal/hardcore crossover, and a new 7″ entitled “The War Economy”. We feel the new tunes are way better than our previous stuff. Going down a much groovier route now.

What’s up with releasing ep’s and splits? Are you trying keep us hungry for more by not releasing a full length?
We recently went through a bit of a line up change as we parted ways with a guitarist, so we’re writing completely new songs as a four piece, while sort of keeping an eye out for a 5th member. If all goes well, an LP is probably on the cards for 2015. (maybe!) 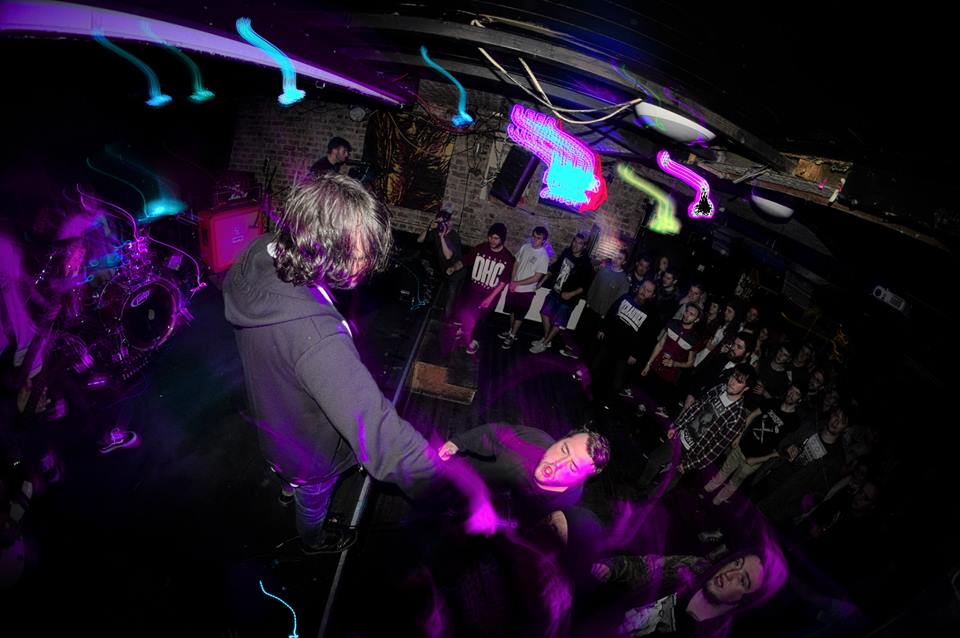 We feel the new tunes are way better than our previous stuff. Going down a much groovier route now.

Does writing songs with only four folks push you into the more groovy direction you mentioned earlier?
Yeah it sort of does, since having one less person sort of smooths out the writing process. The four of us sat down though and had a chat about exactly what sort of route we wanted to go down for this new release, and the resulting agreement is these groovier tunes you’re gonna hear soon!

So, what’s next for Hollow Truth, more shows or perhaps a tour?
So far on the agenda is a UK tour from the 24th to the 31st of August with Kingpin, a great crossover band from Scotland. After that there is plans to tour Europe in November with a number of Powertrip Records bands. Really can’t wait for that too. Got some cool shows in Ireland lined up too, with M.O.D., Warhound, Malevolence and loads more.

What are you’re ambitions with Hollow Truth?
To have more fun writing thrash metal/hardcore tunes that we love, put out another couple of records, keep playing shows, make friends with more great and crazy people all over the place and drink shit loads of Buckfast!

Buckfast? Really? Oh well… I’m out of questions; anything you’d like to add?
Buckfast is the nectar of the gods! Yeah, check out and download our last EP for free on our Bandcamp and check out all the bands on Powertrip Records. Also, keep an eye out for us in the UK in August and in Europe in November. Thanks a mill for the interview too, Dennis.