I was impressed by Dying youth, the debut EP by Czech band Hopes. So much I decided it’s time for me to debut with my first interview. Here’s more about Hopes!

Recently I reviewed your EP Dying youth. The energy and intensity on this EP was a pleasant surprise that seemed to come out of nowhere. So please introduce yourself: who is Hopes?

Hello, firstly I would like to say hi to all the readers and also thank you for the opportunity to do this interview. Hopes is composed of five guys from the north of Czech Republic – Liberec. We have always been friends and each of us has played in a band before. The idea of starting up a band in a genre like this was there about two years ago, but somehow we could not agree on what exactly we wanted to play. At the beginning of the new year we have finally breathed again and started working. We do music that we enjoy the most. And this is what Hopes is. 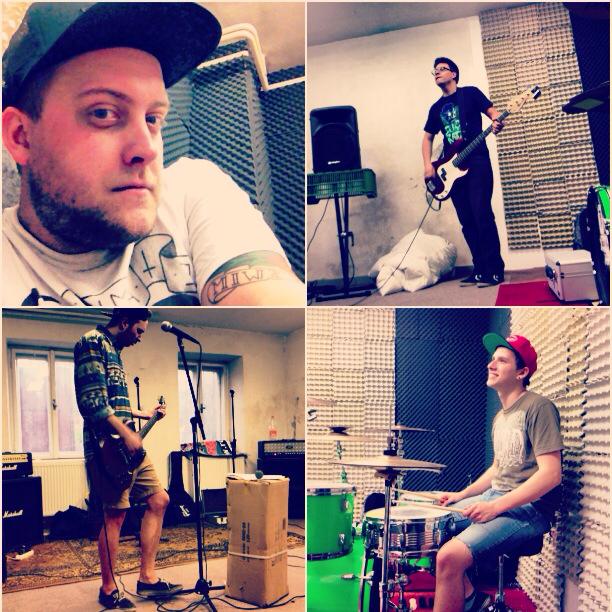 On your bandcamp you mention a lot of different styles of music in the tags to the EP. A big surprise after listening to the EP is that pop-punk is mentioned here. As I can’t really figure out what part of your music could fall under the pop-punk moniker I’m curious to how this is integrated into your music. What are your main influences?

Pop-punk music is fundamental for composing our songs. Maybe you wouldn’t say so, but many procedures and ideas are very similar in pop-punk and hardcore music. It is only about the overall sound, screams or clean vocals. We find pop-punk very entertaining and catchy; this is why we involve it in our music. A few members of our band were growing up entirely on the pop punk culture. It is not easy to categorize bands to concrete genres nowadays. We state that we are doing melodic hardcore, but I would rather say that it is mixture of many other music styles such as hardcore, punk, pop-punk etc., as you can hear similar ideas, structures and melodies in all of them.

And our main influences? Your Demise, The Ghost Inside, More Than Life, Heart In Hand, A Day To Remember, Heights, The Story So Far, Blink 182, Four Year Strong, Rise Against, Stick To Your Guns, Rancid, I could go on forever. Thanks to these and many others bands we are doing what we are doing. Our purpose is to be different than other bands – we want to sound different and we want to have our own feeling. We don’t want people to say: “Hey they sound like this band…” – we want to sound original (at least a little bit), we want to sound as Hopes. That’s all.

That’s an ambitious goal! I’m looking forward to hearing where you’ll progress as a band. Now, you released this album yourself. Do you hope to be picked up by a label or will you remain doing stuff yourself?

We can’t really say at the moment. If nobody appears with the interest to help us, we will carry on with our own production. Of course, it would be great if someone helped us. But we don’t have much experience with labels and we don’t know what to expect. Sometimes it is very difficult to do everything yourself, but on the other hand the more space and freedom you have.

What do you hope to achieve with Hopes? Except a lot of shows this fall, what can we expect from you in the (near) future?

We definitely would like to have a lot of local concerts as well as the foreign ones. We would like to push our band abroad and play all those places which we have always dreamed about. We don’t expect to make a fortune by doing music; we just want to play everywhere and see people enjoying our music. And near future? Shows, shows and shows! We also want to finish our first music video for a song called “Memories forever”. The other thing we are working on at the moment is our second EP, which might be released sooner than you would have expected, supposedly in autumn 2013. Lastly we are preparing some tours across Europe – we can’t wait for it! 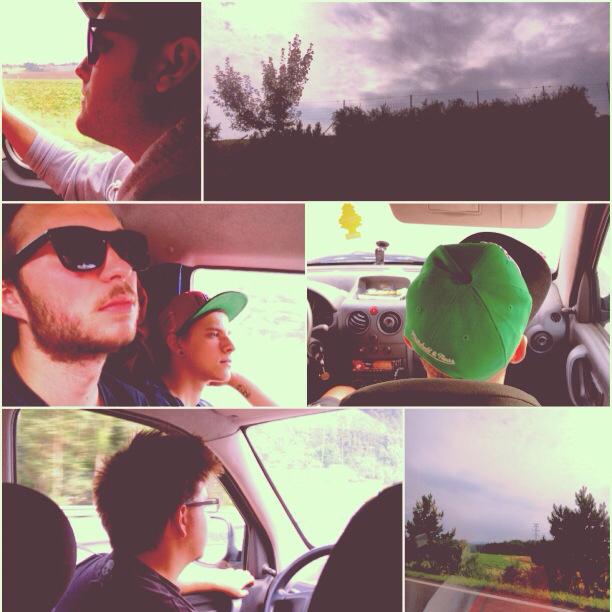 Unfortunately, most of the Czech bands are focusing just on the local scene with no effort to push their music beyond the borders of the Czech Republic – which I really don’t understand.

In hardcore lyrics are an important part of the whole package for a lot bands. How do you feel about that? Please pick one song whose lyrics are important to you and explain what they mean to you.

Lyrics are, of course, very important for us – we express our opinion and feelings by them. Lyrics are an integral part of music and have the same weight as instrumental parts. We usually write about moments that we are experiencing, about things which are associated with them and about the way we feel about it. We haven’t written any political lyrics so far, but it will probably come some day and we’ll write about everything that surrounds us – about all that stuff. We all are punks and we are against the way the present generation lives their lives.

If I should pick one song whose lyrics are important for me, I would say “Dead Again”. This one is exactly about all those things I have mentioned above. You might have experienced it yourselves – that moment you are lying on your bed, staring at the ceiling and thinking: “Does it make any sense? Do I live my life the way I actually want? Am I happy? And if the answer is YES, isn’t it just a delusion of our conservative, consumer and bounded society?” Have you ever had a feeling that you were already dead? – and this is what “Dead Again” is about.

That’s indeed recognizable. To me those moments always get me back to reality. What do I want with my life? But let’s not make this a philosophical interview. What would you do if you would not play in Hopes?

I don’t know, I haven’t thought about it because there is nothing that interests me more than music and doing music. I would probably be doing nothing, just hanging out with my friends and I would find something else what fulfilled me. 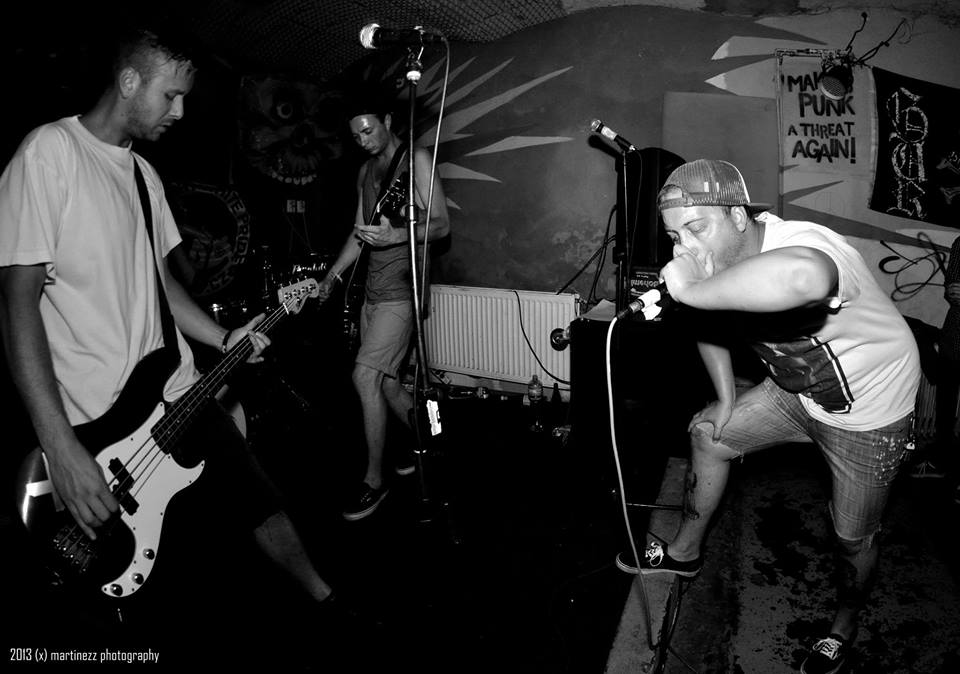 Recently my colleague Guido did a mixtape based on the Baltic scene, a scene I never heard of. As I mentioned in my review of the Dying Youth EP: I am unfamiliar with the scene in the Czech Republic as well. What’s the scene like there? Which bands should we keep an eye on?

The Czech scene is not big but still there are some bands which worth mentioning – for example Skywalker, Criminal Collection and many more! Unfortunately, most of the Czech bands are focusing just on the local scene with no effort to push their music beyond the borders of the Czech Republic – which I really don’t understand.

Well, that’s it. I’m out of questions. Anything you would like to add?

We are so glad that someone enjoys our music. The last words are from our song called These Storms and with these words we wanna say thanks a lot for your interest about Hopes, so “Be Free in Mind, Be Free in Heart!”