Usually when a bands changes their musical style I’m one of those close minded guys who immediately reflects on that really great demo they once released. To my own surprise none of this happened when I first heard the ‘new’ Hostage Calm on their self titled record. Here was a band that went from sounding like Turning Point meets a lot of modern hardcore bands to sounding like a straight up pop band and I loved it. Reason enough to fire some questions at Hostage Calm’s Chris Martin.

First of all how excited are you guys to tour with Rival Schools in October. Is this sort of a dream come true or would you have rather toured with ’89 era Gorilla Biscuits?

We’re pretty excited for this tour. It’s the dream tour, so we couldn’t be happier. ’89 GB would have been cool but I feel like I wouldn’t have been able to appreciate the shows at age 1 or 2, ya know. 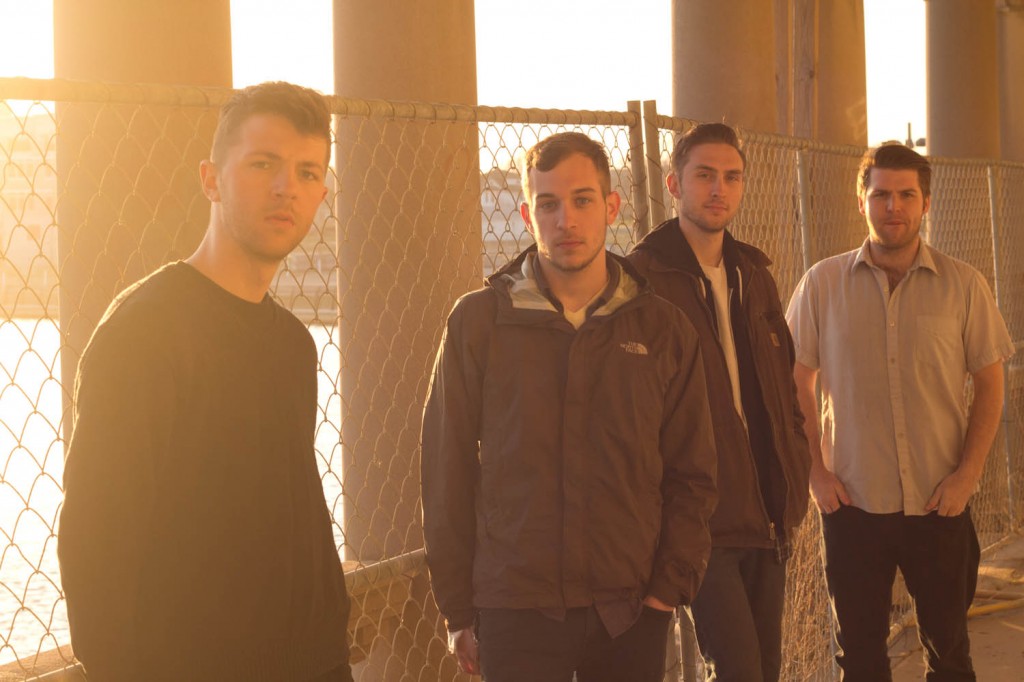 We never wanted limits: we wanted to smash every limit.

There’s a world of difference between the Hostage Calm of ‘Lens’ and the one on the latest record. How did that change come about? Did you all speak out on going into a new musical direction or did you write one song and things went from there? Did you start a new musical direction out of boredom with the old stuff? And how did your early fans react on the new sound?

We just wrote the stuff as it came to us. Some of it we wrote as we were tracking Lens. I think that it wasn’t long after Lens that we realized we were capable of a lot more. We loved Lens, but as we wrote new stuff we began to push ourselves really hard. We never wanted limits: we wanted to smash every limit. I think for that reason, people have really taken to this record, including people who were fans of Lens and the Demo.

The song ‘Rebel Fatigues’ is it about the current war in Afghanistan or about another war?

It’s just about those who are politically disconnected and endure conflict anywhere. In every revolution, every change of power, every intervention, people are displaced, killed, etc. Many times the revolution fails to take power, or if it does, it solves none of the problems or makes them worse.

In my interpretation the songs ‘Wither On The Vine’ is about the changing of a town/street. So what is it really about?

Yeah you could say that. More specifically, it’s about a place in Guatemala that was completely relocated as part of a forced evacuation. During their civil war, this community was told to leave their land or be bombed out. After moving, life was never the same. The song is definitely about the world changing around you. 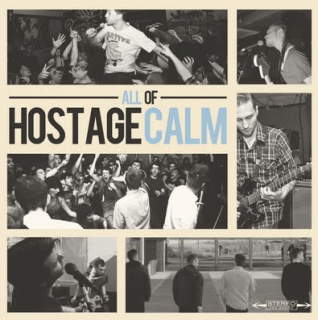 Racism has been a huge topic in punk for decades, and at times so has vegetarianism. Both of these could use all the dialogue they get, but I felt the punk scene was eerily quiet on such a blatant wrong that it was time to say something.

So ‘Ballot/Stones’ is about gay-marriage. Hostage Calm is quite outspoken on this subject. Is that because it is something that is close to your heart? Why is this a topic that you choose to bring under attention of other people instead of something like vegetarianism or rascism?

I felt like no one was speaking about same-sex marriage. Racism has been a huge topic in punk for decades, and at times so has vegetarianism. Both of these could use all the dialogue they get, but I felt the punk scene was eerily quiet on such a blatant wrong that it was time to say something.

I think we ran a t-shirt that had that on there. There’s a general movement across the punk spectrum centered on Run for Cover, No Sleep, Topshelf Records, etc.  Balance and Composure, Seahaven, Touche Amore, Make Do and Mend, Transit–there are a ton of American bands to check out. But I wouldn’t necessarily describe those bands as powerpop, and I don’t think we are pure powerpop either. That shirt was just expressing our love for powerpop bands like Exploding Hearts and stuff of that sort.

For a ‘popband’ you have some outspoken political lyrics, is that your hardcorepunk background speaking?

Bands like the Clash, Operation Ivy, Dead Kennedys–all kinds of punk and hardcore bands–helped convince me that punk was a good place for political discussion. Hardcore/punk is about expressing how you feel and trying to change the world around you.  We are a punk band and I think that our lyrics really reflect that.

What are your favourite books at the moment and which non-fictional book should everyone read?

During tours do you have debates in the tourvan on subject other than who farted? If so which kind of subjects are dealt with?

Farting consumes a lot of our time. Foot stentch as well. Sometimes we talk about serious things like politics. Most of the time is spent in one giant, perpetual joke that keeps running on.

What are the future plans for Hostage Calm? Are you working on a new record and when will we see you back inEurope?

We have lots of new material, including a new record, but no announcements on that yet. We have that US Rival Schools tour, featuring Balance and Composure and Tigers Jaw on some dates. We are coming to the UK with I Am The Avalanche in December, which we’re stoked on. Look out for more announcements concerning mainland dates as well.