Time for another new breed interview. This time with the guys from Immobilize. A band that started out covering Enter Sandman but quickly followed their own path. Bass-player Kevin introduces the band.

Some weeks ago you played a Support Your Locals fest in Dynamo headlined by No Turning Back. How was that show and which of the Immobilize band members sang along to NTB?

The show was amazing. A lot of people showed up and even though it was a Sunday afternoon, also it was super that the crowd was moving more and more as time went by. It was great that Lesley from Support Your Locals was able to put up all the roster bands on this show. He has a lot of great bands he books shows for and puts up shows for other bands in the region as well. He’s an awesome dude and we owe him a lot! I don’t think any of our members sang along to NTB, but next time we most certainly will! What an awesome show do those guys give!

Are you planning to follow in NTB’s and Born From Pain’s paths and be a band that is known all over the world or are you very content with even being able to play a show every once in a while?

Well, we are very happy playing as much shows as possible, but we have not set ourselves big goals. We’re really bad at planning ahead, but it would be awesome if loads of kids would hear and like our music and shows. We just really enjoy playing shows and playing our music and hitting the stage as much as we can. Getting booked is our entire plan right now, we just like having fun. 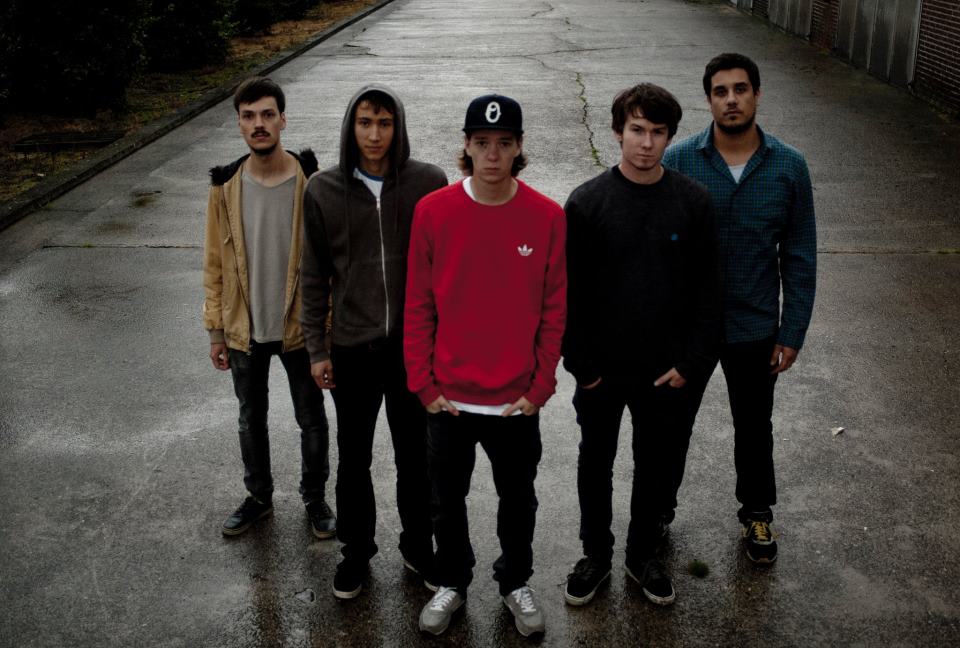 We also tried to cover this awesome song called ‘Careless Whisper’, we even recorded it and uploaded it to the interwebs… Although I think it sounds awesome, it’s impossible to cover that song as good as the original once was.

Immobilize emerged in 2010. Were any of the members in bands before? How did you get together and what was the first song you covered in your rehearsal space? Which song was on the list to cover but never made it because it didn’t sound as good as you hoped?

Immobilize grew out of this cover band playing songs from bands like Metallica, Machine Head, Killswitch Engage and Hatebreed. I think the first song this band covered was ‘Enter Sandman’. Slowly over several years, the line-up changed, most of the current members were in other bands before (Costa is the only original member). We tried to cover ‘Hail Destroyer’ by Cancer Bats for a while, even played it live, but I don’t think it sounded that good. But still, it’s a very nice energetic song and fun to play. We also tried to cover this awesome song called ‘Careless Whisper’, we even recorded it and uploaded it to the interwebs. Just search for “Immobilize” and “Dance Again” to find it, make sure to listen it with a system that can really accentuate the bass because the subtle yet essential bass drops really tie that one together. Although I think it sounds awesome, it’s impossible to cover that song as good as the original once was.

You’re another band from Brabant, The Netherlands. Can you explain why this part of our small country always has some sort of hardcore scene going?

I honestly have no clue why a lot of hardcore is coming from this part of the Netherlands. Maybe it’s because there are a lot of youth centers. In almost every little town there are youth centers with stages bands can play and this way a scene was built. But maybe it’s just because the inhabitants of Brabant are the most hardcore people of all the Dutch!

What are the songs Embrace This Dirt and Frostbite In May about?

The lyrics of the songs are written by our singer and are personal to him, so I asked him what he wanted to share about it: “The lyrics to the songs I write are shit stories based on complete shit events, but they are my stories and my stories they shall remain.” So I guess it’s up to the listeners to give them their own interpretation.

When not being busy with Immobilize how do the band members spend their time, any games, movies or books you want to share with the world?

When not busy with Immobilize, we all have our schools and studies to attend to. Me and Costa live in Maastricht and the other three study and live in Eindhoven. I don’t know any good books at the moment that I would recommend or something. I think we all watch series and I personally like comedy stuff like Workaholics, Community, but also older and more serious shows like Oz and The Wire. I think the others like thriller series like Breaking Bad. A movie everyone should have seen in his or her life is definitely Against The Dark, you haven’t seen real good zombie movies until you have seen one where Steven Seagal slaughters a whole bunch of them undead brainsuckers. 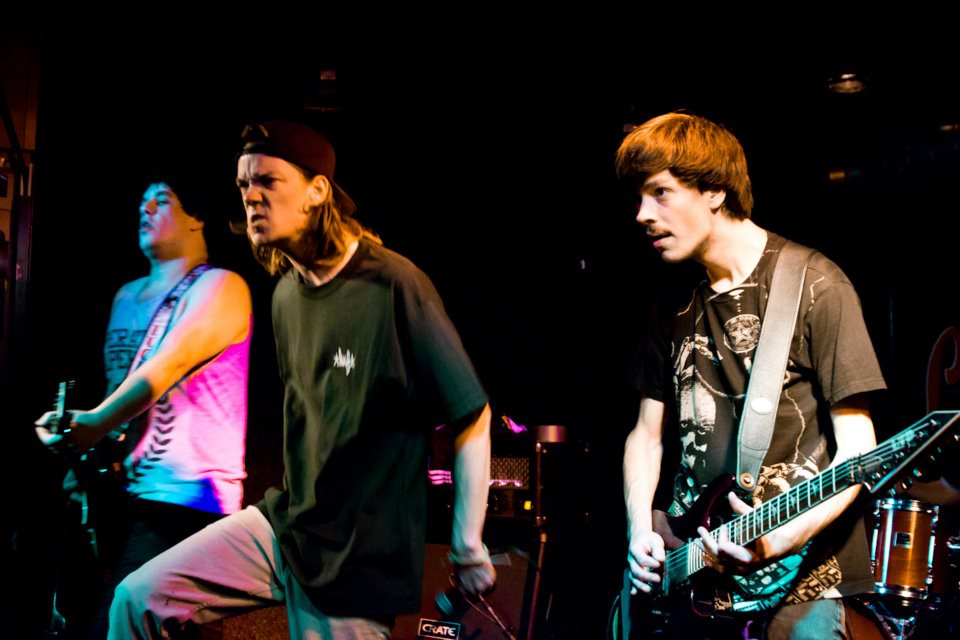 The lyrics to the songs I write are shit stories based on complete shit events, but they are my stories and my stories they shall remain.

What are the plans for the band in the near future?

We are currently busy with planning to record our next record, an EP. Our demo CD (download it here for free: http://www.mediafire.com/?md8de4jd6t3axd9 ) was recorded in 2010 and released in 2011, so it’s about time we record something new. We have written several new songs and are still busy writing new material. We will probably hit the studio at the end of April with Jasper from Dutch metalcore band Wasted Bullet.

We also have quite a lot of shows coming up in the Netherlands. In the week after Queenscore (30th of April) we will be playing the entire week all over Brabant in our Brabant-tour together with Make Em Drop and Fatal Distraction.

I’m afraid we have to wait until the 13th of April before we can share and break down the stage together again. Luckily we will have an entire week in May to share with these awesome boys.

You’re playing the legendary Queens Metalcore fest in Kaatsheuvel. Are you stoked about that? Which bands do you think will rip the place apart?

Yeah, we’re really stoked for this show! Especially for our drummer Sjoerd this will be a great moment because this is a hometown gig for him (he’s a homeboy from the Kets). The best band of the night is of course Make Em Drop! I heard they are opening the show, so I’m sure this will be an awesome party from beginning to end! All 9 other bands are great and hell will definitely break loose, but I think when TRC enters the stage, there will be complete and absolute chaos. Heart in Hand is very cool, too! The people at CFC really booked some amazing bands. 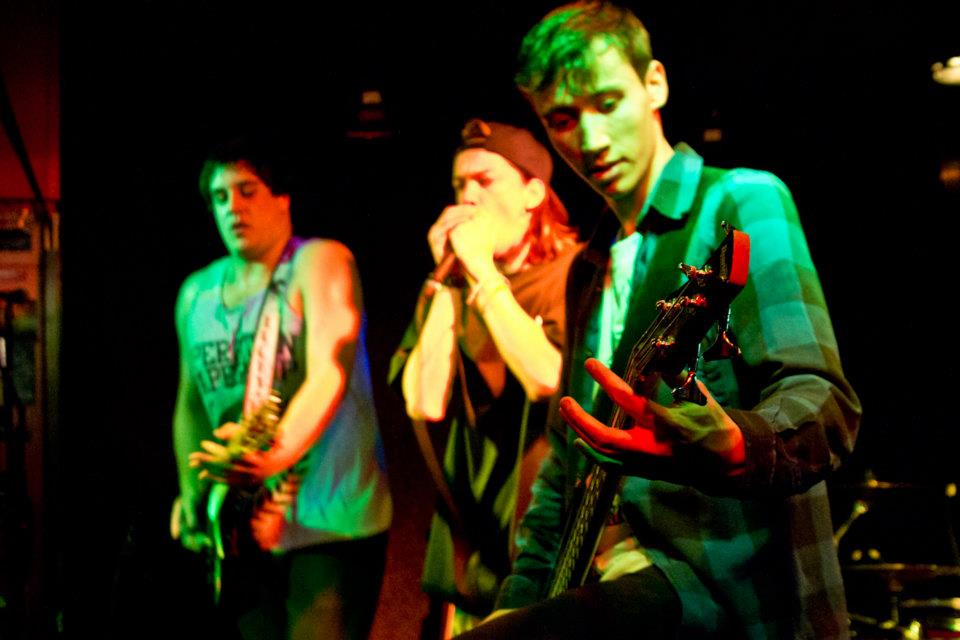 A movie everyone should have seen in his or her life is definitely Against The Dark, you haven’t seen real good zombie movies until you have seen one where Steven Seagal slaughters a whole bunch of them undead brainsuckers.

Which newer band should we interview next and what should we ask them?

You should interview Running Out. These guys have some awesome tunes and give a hell of a live show, they really deserve the attention. You should ask Dylan (the singer) why he is straight edge, it’s a real touching story. Also ask them when they are going to record something new. It’s about time for that, too.