When and how did the band start? Where you all in bands before and if so any notable bands?

The band started in April 2012. Some of us where and still are in bands besides Isolation. Short Fuse, Chuck Damage, Beneath the wheel!

Isolation plays straight up hardcore, a sound that’s kind of uncommon these days. Was that one of the reasons to start the band. Just because there should be more bands like this?

We just like it this way. A straight forward brutal sound without any modern bullshit in it. It´s hardcore, that´s it! We don´t care whether there are million bands playing that sound or not, we just do what we like. 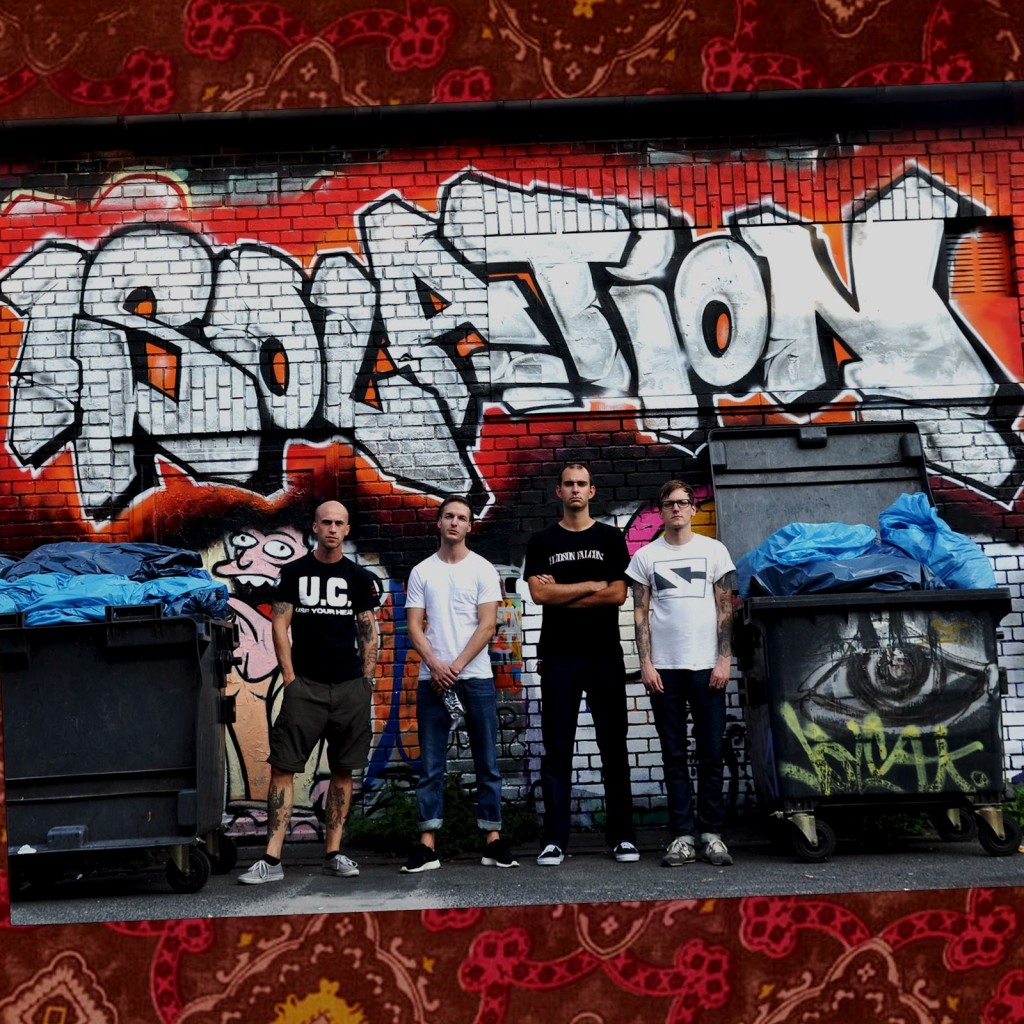 We don´t care whether there are million bands playing that sound or not, we just do what we like.

What are your guys favorite eighties hardcore bands and which current bands do you love to mosh to?

Favourite 80´s Bands. Damn, do you want me to write all the names,….there are millions of good bands from that era! But I can just answer that question from my personal view. But don´t get me wrong we all love old 80s Bands. I am more into the NY hardcore sound. And before I name a million bands let´s make it more easy! Watch the bands from the best hc sampler of all time and you now what I am talking about. Check out the names on the NYHC sampler on Revelation – no matter you take the 7 inch or 12 inch! Then check out NYHC – where the wild things are AND the incredible NEW BREED Tape Compilation, that was pressed on vinyl for the first time last year! These 3-4 records is 80´s hc at its best. Current bands: No Tolerance! Boston Strangler! Best bands in years! The No Tolarance tour was amazing. The show in Barcelona was the best HC show I have seen since the final Dead Stop show!

Most German bands have an anti-fascism stance whereas I think Germany right now is one of the least right wing countries in Europe. What do you think about my perception?

In Germany there is still way to much right-wing bullshit going on, and that’s why it’s still important to argue about it. But I think you´re statement is right because in other European countries it´s even worse. Sad fact!

Are you a band with a message or are the lyrics more personal?

Both! We have songs with a statement concerning problems like animal rights, protection of our mother earth and stuff, but most of the lyrics are personal. 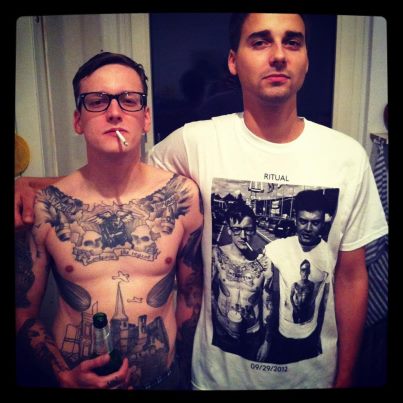 We have songs with a statement concerning problems like animal rights, protection of our mother earth and stuff, but most of the lyrics are personal.

You’re also going to be on the upcoming Crucial Response compilation. How did that came about?

The label asked us! We are so proud to become a part of it. We recorded the 2 songs last week!

I’ve heard rumors that your drummer is also a model for Ritual shirts. How did that happen?

That’s easy. He is a long time friend of the band and was on tour with them almost every time. Funny thing with the shirts!

Are you looking forward to the Mindset show you’ll be playing in Hengelo?

Damn yeah. For two reasons. First I love that venue. As we are living in Münster, we have seen so many good shows there. It´s just an hour drive. Easy! Second – Mindset is one of the best current HC bands around. I listened to the seven inches so much and can´t wait to have the 12 inch! It´s gonna be amazing!

What’s next for Isolation?

You´ve said it all. Next release is the CRR sampler. Some shows, and maybe a tour in 2013 – we´ll see. Thanks a lot for the interview! Check out our blog for further info! www.isolationhc.blogspot.com! Isolation 2012! Always keep the faith! 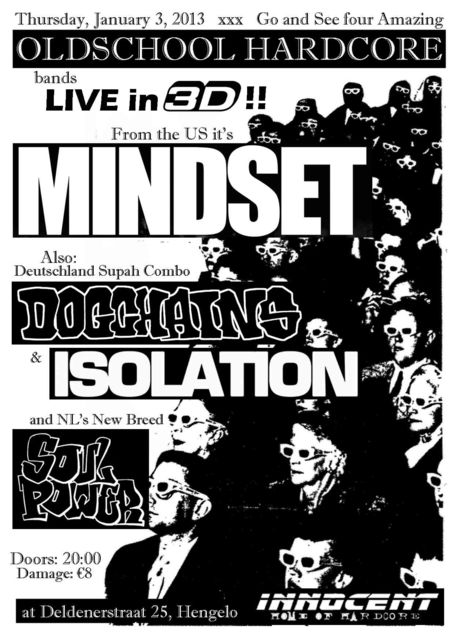