Etjen of Just Like Your Mom has been part of the punk and hardcore scene for a long time. Whether it is renting out vans to touring bands, or doing vegan catering on small and bigger festivals. Just like last year Just Like Your Mom will provide everyone at Groezrock with delicious vegan meals. ‘To be honest, I would not give a fuck if that friend eats horse, cow, or dog meat. Let the meat ‘scandals’ speak for themselves.’

Did you just contact Hans Maes of Groezrock one day if JLYM could do a vegan stand on the festival and did he say yes or did it took you way more effort to get a place on the Groezrock site?

Let’s say we took the D-tour, the long shot, the slow way.. It took a while before everybody involved in organizing this great festival was up for introducing vegan/veggie food on site. Two years ago we handed out a couple of hundreds free samples in the backstage area of the festival, this was to the hundreds of people actual working on this festival as crew. I think that did part of the trick. Early 2012, just at the moment we wanted to contact Groezrock to see how they where going to organize the food at the next  edition we got asked by Hans. The result is that we where there last year and that we are more than happy to be back this year.

To solve the waiting line problem we will bring more people, more gear and we got 50% more space from the festival!

Last year was the JLYM debut on Groezrock. And judging the lines people were into the food you were selling. Were you overwhelmed by the reactions and what ‘errors’ did you make last year that you hope to have solved for the 2013 edition?

We started with a ‘Bang’ indeed.

Look, Groezrock was for sure not our first festival, we do this catering thing for a few years now. But I can say that for me it was high on my ‘wanna do’ list. We care about this scene and the people in it. So we gathered a team of very enthusiastic people and went for it. ‘Just do it’ is our mentality and will always be the fuel we work on.

Sure there where some hick ups, and errors. Working in a daily team of 20 people, and  still having a 10 minute line outside is frustrating, but it’s also a good trigger to do things differently this year.

To solve the waiting line problem we will bring more people, more gear and we got 50% more space from the festival! So 2013 will be a killer edition.

You don’t only cater for punkfestivals. Are you also asked to do catering for more posh events? And how do those people respond to your obvious diy/punkrock roots?

We work on a lot of festivals, like Le Guess Who (NL), Pitchfork Music Festival (FR) or Gentse Feesten (BE). Most of them ask us because we deliver good work, in a fast and easy way. And because a lot of classic caterers don’t know how to make tasty veggie/vegan food. This year we will be at Jera on Air (near Venray NL) but  also  at festivals like Gentse Feesten again, a 11 day street festival in the city of Ghent BE.

Festivals like to work with ‘hands on’ companies and that’s how we at JLYM work  if it’s on the road or with the catering. People react in a very positive way, which is heartwarming and is proof that DIY/punkrock roots are a good basis to run a company on. 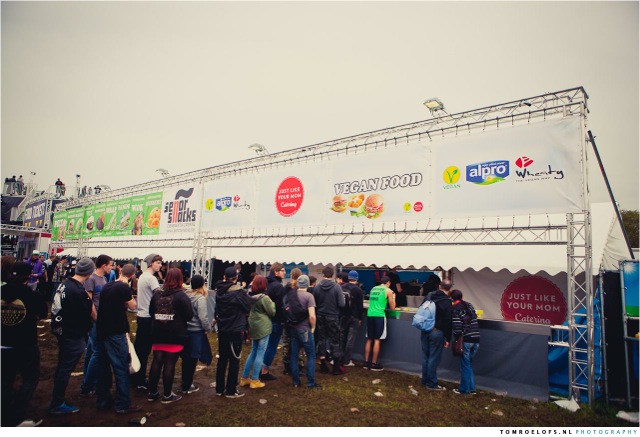 For Groezrock we will bring a lot of new stuff to the Benelux festival scene.

I guess you have to prepare in order to keep all the customers at Groezrock happy. So how many weeks/days before the festival do you start preparing or is everything done on the spot?

As we speak we’re preparing for the upcoming festival season. We’re building our new mobile kitchen and we have meetings with suppliers to get the best deal, so we can offer good, healthy and plant based food for a payable rate. For Groezrock we will bring a lot of new stuff to the Benelux festival scene. We wil try-out products for other companies, to see if it’s workable for them and to see if we can work with it. So yes, prepping takes some weeks/months…

Most of the products you sell are from Alpro, I think, do you have some sort of deal with them or is it just the best brand in vegan food around?

We make deals with different companies and organizations, Alpro is one of them. We run a company that has to compete with ‘normal’ caterers. That’s not a problem, because we deliver good food. But price is also important for the people ordering a burger at our stall.. So, if we can get a 6% discount on wholesale prices by putting up a banner, we will always think about it. The thing is: classic caterers can buy their ingrediënts at really cheep prices. A meat burger doesn’t cost a thing! We have to be a lot more inventive to find good suppliers and affordable ingrediënts. For example: our burger buns are especially baked for us by an organic baker (the classice wholesalers don’t have vegan buns) and is already more than double the price of a normal burger bun.

Partnerships are important to us, but we don’t only partner up with companies, we also partner up with NGO’s. On every festival we try to raise awareness about how we all deal with this planet we live on. On Groezrock 2013 we will be hosting Peta2 in and near our stall. We met them when we where on the road with Rise Against and Typewriter Distro last year. Our goal is to spread the big picture. Respect is not only something you shout about on stage or in the mosh pit,  it’s also something you can integrate into your own personal life.It can start on your plate! And we try to make that easier, to let people see that you can change things. 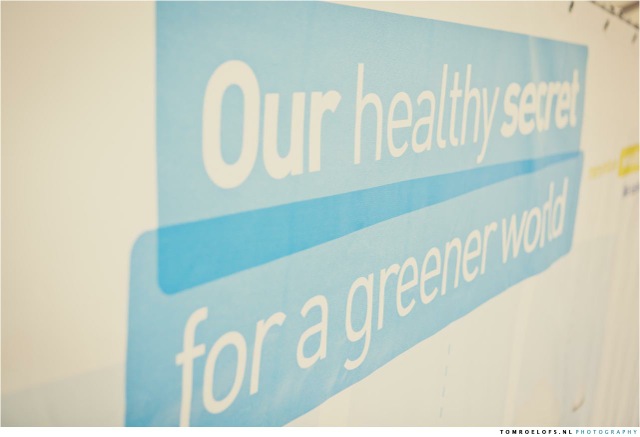 And to be honest, I would not give a fuck if that friend eats horse, cow, or dog meat. Let the meat ‘scandals’ speak for themselves.

And that we don’t sell dolphin as tuna, ha! The difference between us and a classic caterer is that we really believe in vegan food and that we are vegans and vegetarians ourselves. I guess that makes the chance of finding horse meat and dolphin in our food quite small..

One of the bands we as JLYM work with for a long time is Antillectual, they just released a song called “some of my best friends are meat eaters”. I think that sums it up for us as Mom. And to be honest, I would not give a fuck if that friend eats horse, cow, or dog meat. Let the meat ‘scandals’ speak for themselves, on a personal level I made a choice not to eat meat, what other people do is up to them.

See you in Meerhout!

Just Like Your Mom and Antillectual have teamed up for a free vegan burger offer at Groezrock. Go here for the details.