I really loved Nab’s Just Say Yo zine. Aside from that the one time we did meet (in Spain, where he was living at the moment) he happened to be a great dude. So when I decided to take Some Will Never Know to the next level and make it an international online zine, Nab was one of the first people I contacted. Luckily he said yes and that’s why you’re reading this interview with him now. Meet Nabil (or Nab). PS > He just released Just Say Yo! #5, if you’re into good zines (who isn’t?) pick this up!

My name is Nabil Ortega, but everyone call me Nab, I’m a 25-year-old Frenchman. I currently reside in Toulouse, in the south of France, but will be moving to Vancouver, BC in Canada in a few months.

What do I pretend to do at SWNK? Well, pretend is the word. I feel like I don’t have much to show for it beside a few reviews or a comment here and there. You see, the thing is that I’ve always been an average student: sitting at the back of the classroom hoping the teacher would forget about me. I guess things aren’t much different these days, as I’m slacking my way through the SWNK classroom just the same. Oh well, I should have seen it coming; getting more involved with the website was part of my 2012 New Year’s resolutions, and we all know that nobody fulfills them.

Seriously though, you and Rold and the rest of the crew are doing an impressive job with constantly updating the website with quality content. I like to brainstorm the s**t out of me and come up with content that I would not necessarily write in my own zine; one thing I noticed is that writing for SWNK forced me to raise the bar in my writing, so thank you for that Mr. Pim, I actually learned something!

Haha, glad to be of service mr Ortega! When you don’t pretend to do anything for SWNK, what’s taking up your time?

My time is divided between working full-time, spending time with my amazing girlfriend, doing a fanzine, playing in a band, going to shows, etc. I haven’t find as much time to work out as I used to lately, and that’s a bummer.

Broadly speaking, I have a particular aversion of time, I feel really restrained by the clock. Time make me anxious and it’s a real burden on my me sometimes; Hours, minutes, seconds, what a nightmare! I guess I’m not as good at managing my time as most people are. 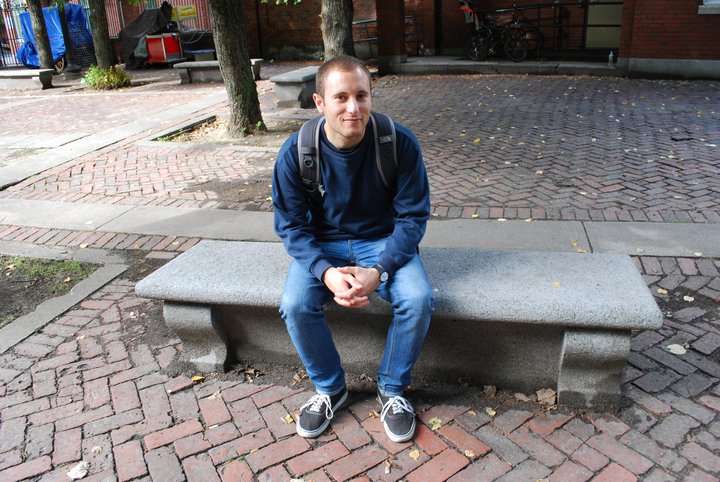 I find inspiration in many things, sometimes it can even be in an oddly shaped potato chip (true story).

Hmm, tricky question. I’m actually an easily impressionable person, but that’s off-topic. I’d say I’m influenced by my friends and my peers. I find inspiration in many things, sometimes it can even be in an oddly shaped potato chip (true story). Hardcore and its history is a great source of inspiration on so many levels! Be it hearing an off-beat drum part that no one ever did before, or a cool layout in a zine, or some words that make you see things in a way that never occurred to you before. I feel like I’m learning everyday, and I have to credit this amazing thing of ours for that.

What went wrong? The world went wrong man! How is a 13 year old boy supposed to cope with growing up in such a fucked up place? Riding my skateboard made much more sense to me than anything else, so I guess skate videos helped me found out about bands. That and the first THPS game, definitely.

Do your parents and / or family understand your love for this music?

Yeah, for the most part. I guess I’m lucky for that. My dad used to be a punk-rocker in the late 70′; him and my uncles would go to London to buy records once a month. He saw all the big names, The Ramones, The Clash, etc. that’s cool. He still has a lot of stuff from that time, the eBays would love it. As for my mom, she sees me putting on shows, putting out fanzines, records you know, making things happen; and she asks me why I don’t try to make a career out of music. That’s weird.

What made you start to write about music?

Well I’ve always been interested in what surrounds the music and the bands I love. It was only a matter of time until fanzines entered the game. I remember exactly the first time I wrote about music. I was living in Liverpool at the time, and I was rather “depressed” during those rainy days, I was sitting on a shitty bed in a tiny bedroom with nothing else than my MP3 player, a couple of books and fanzines. I was listening to Kimya Dawson, and that record brought me a lot of comfort, more than I had felt in weeks. I decided to write down how I perceived this record, and I guess that was the first review I ever wrote. Sadly I lost my notebook when I moved back to France, but I figured that since I already wrote a review, I could probably do more, and maybe interview my friends’ bands or something. That was my first zine right there.

Hmm I couldn’t really name one band, I had a lot of “favorite” bands down the line. I think Minor Threat was probably the most important musical encounter in my life, not necessarily for the Straight-Edge element (which was already there); but everything about this band felt so… true. Every word, every riff… I still get the chills when I hear that opening chord on “Filler”

Let’s see… I really like the Sweet Jesus demo (ex-Have Heart, Verse, Soul Control) and can’t wait to hear more from them. I also really dug this band Fell To Low lately. The Chestnut Road demo is just too good to not be played all time; great punk tunes from great people. The three first Danzig records get a lot of play these days too. So yeah, apart from that there’s the usual Morrissey, Samiam and Dinosaur JR records that I listen at least a few times a week. 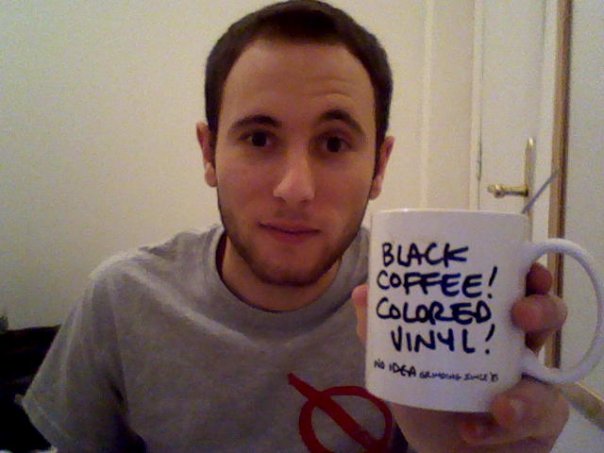 … everything about this band felt so… true. Every word, every riff… I still get the chills when I hear that opening chord on “Filler”

Man, don’t tell me about to-do lists, that’s another of my pet peeves. I don’t think I have a life goal or anything; but right now I’m determined to find a career that will suit me and will make me happy. No more meaningless jobs just to get by. I know it won’t come overnight, but I feel like it’s a big step for me to at least think in that direction. I admire the fact that you decided to start a company and be your own boss, that’s the most punk thing ever if you ask me.

Aside from that, it might sound silly, but ever since I’m a teenager I’ve made the conscious decision of always trying to become a better person (according to my own principles) and I still feel like I’m learning how to be one everyday. I do lack self-confidence and I have a hard time dealing with what’s out there, but I try to never lose sight of who I want to be.

Why should we all pick up the new Just Say Yo! Zine?

Because I spent a lot of time and effort to put it together, and because I write about bands and music I’m really passionate about. This is most likely the best issue I ever did to date and I had a lot of fun writing and laying out this issue. I guess it’s a tricky question because I love fanzines and it doesn’t need much to convince me to pick up one so…

I love squirrels and sometimes fancy being one.

What I appreciate -and motivated me to hop on board- with Some Will never Know is the idea of doing a webzine very much like like a fanzine. And who better than zine-makers to do so? I used to read SWNK fanzine, Value of Strength, Rold’s blog, so checking out this website seemed like the logical next step.

A favorite feature hmm? Well, of course I have a soft spot for Doghead‘s contributions and overall writing style; but apart from that I really like the articles that are outside of the review/interview realm. Be it show reviews, columns, quizz, retrospectives and what have you. If I had to name only one it would probably be the American Nightmare VHS tape. Brilliant.