When we were looking for people to write columns we quickly thought of Mike (Doghead) of Deal With It. Turned out he had a passion for writing about bad metalcore too. Anyway, it was his turn for this “Meet the SWNK crew” series and we managed to ask him some questions before he rode off on his high horse.

So Mike, who are you and what do you (pretend to) do at SWNK?

I’m some herb that lives in England and thinks he’s better than everyone else. I pretty much do the same thing on your piece of shit website.

When you don’t pretend to do anything for SWNK, what’s taking up your time?

I work in the busiest A&E department in London stitching up unlucky fucks and sobering up unruly drunks. When I’m not doing that I flitter between being an unlucky drunk and an unruly fuck. 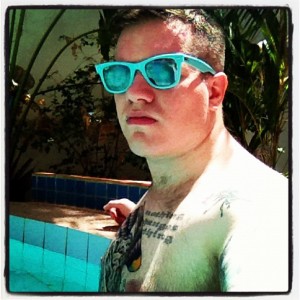 Anyone that wants to see the world on their own terms really. This world is chockablock full of unbearable arseholes (stock phrase) so it’s always refreshing to see people go against the grain whether it’s a piss stained yellow haired cat lady or the guy who shouts at bins.

Got into Knuckledust and the like because Snot/Deftones/Rob Zombie wasn’t extreme enough. Never liked punk really, I still think it’s pretty boring except for Iggy and the Stooges. Nothing went wrong, I just came to my senses.

You’re currently playing in Natural Order & Hang The Bastard right? Any other projects going on? Oh and this is also the question where you can say stuff like “we’ve got this and that coming up, buy. buy. buy.”

Yeah got an electro band going called NITE TRAP with the one and only Rob Boyce. We’ve got 2 songs and we’re gonna write a 7″. it’s going to piss off almost everybody, I can’t fucking wait. Yeah Natural Order is going well, noone likes us boohoo. We just bring too much reality to the proceedings. I honestly defy anyone to watch us though and not do a little wee either from excitement or terror. We are gonna play above Terror on all their upcoming shows, tell everyone. Hang the Bastard is cool cos I can pretend to be a rock star like I’m still in Deal With It but I don’t even have to try and write ‘meaningful’ lyrics of my own. We still play with loads of bands that don’t yet understand the concept of a rider so can get absolutely cunted on alcohol meant for 5 bands. Cheers capitalism.

I’m some herb that lives in England and thinks he’s better than everyone else.

So when’s the Deal With it reunion show?

Fucking never. Deal With It is completely dead. Album 3 would have blown minds like carpet bombing NASA. I can honestly say that there will never be a reunion show. Not for some 3rd tier mate with cancer, not for some bonehead going to prison, not for a thousand euros and a blowjob off euroXfitty. You didn’t see us at our utter worst, you missed out. Kankerdam will always live in my head as the greatest show we ever played. I jerk off at night thinking of meatheads smashing glasses into each other as I floorpunch with a beer in my hand. 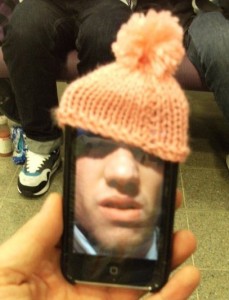 First big impression was probably U2 (no homo) cos I really liked that song ‘where the streets have no name’ but I was fucking 11 so give me a break jerkoff. Metal wise I think the first band that completely made me shit myself was either Pantera or Type O Negative. I used to listen to loads of gay nu metal cos my stupid mates were into it but then I grew some balls and listened to harder stuff and I remember as a teenager just thinking HARDER HARDER HARDER HARDER so got into Arkangel, Morning Again, Hatebreed, Skycamefalling, Poison The Well, Caliban, Knuckledust, XcanaanX and just couldn’t get enough of it. Just the riffs of all those bands confirmed something deep inside me that I always knew was there. Like a cuntish undercurrent or something. I could put headphones on and just indulge in this aural violence.

I doubt anyone will be into what I listen to most of the time now, but just in case I’m rocking the shit out of The Wedding Present, Eagulls, Bear In Heaven, Ty Seagull, Thee Oh Sees, The Antlers, Perfume Genius (At this point I started to think Mike was just making up bandnames, but apparently there really is a band name Perfume Genius – Pim) , Sea Lions. I could go on, but it’s pretty much all on pitchfork so just check back on there regularly.

How about the book that made the biggest impression?

the most recent book that stuck with me was the yiddish policeman’s union by Michael Chabon. I read it and just felt deeply deeply depressed that I would never in a million years write as well as he could. I don’t really have a favourite book because I read like 2 or 3 at a time and I think I’ve only ever re-read stuff at school so it’s all pretty transitory. Last Exit to Brooklyn by Huber Selby Jr still stays with me though, and I read it like 10 years ago now maybe. One of those books that will just go on haunting you. Pretty much the opposite of life affirming.

Aside from making music, what made you start to write about music?

If you’re an 8 year old and you suddenly decide you want a guinea pig but you don’t have a fucking clue what you’re doing, then your guinea pig will die. Consider me the mother with the tough love who watches that 8 year old’s pet starve to death to teach then waves its dessicated corpse in front of his bug blue tearful ignorant eyes to the little cunt a valuable lesson.

You have a short stories zine coming up right?

Yeah as soon as some guy does illustrations for it I’m going to get the fucker printed and sold. It’s depressing as hell, and most of the stories I wrote last year or the year before so I already cringe at most of it. Sorry. Just see it as another Mike Reich vanity project.

A knighthood, a Nobel Prize and an indoor swimming pool are the only three things on my tick list. Don’t think I’m joking. I basically want there to be people on the news bawling their eyes out when I die, whether that’s the aftermath of some sort of suicide/rampage or because I was such an awesome dude remains to be determined. 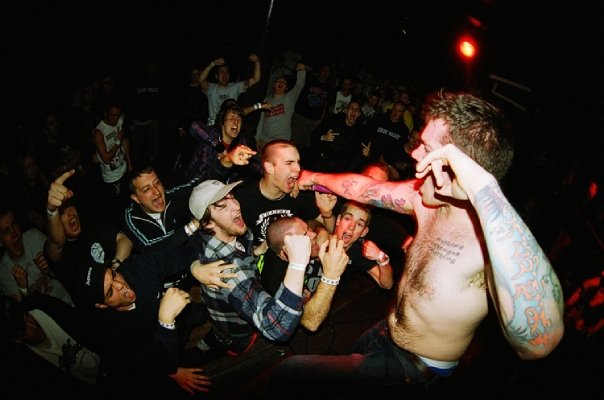 After your fight with Bob Let Down / Mother Of Mercy / Beware didn’t happen, any plans for a new fight?

I basically want there to be people on the news bawling their eyes out when I die, whether that’s the aftermath of some sort of suicide/rampage or because I was such an awesome dude remains to be determined.

I’m single and have a dick girth the size of a coke can.

To close this off, what’s your favorite article / post / review on SWNK? Doesn’t have to be yours of course, but it can be haha. Couple of people mentioned your Your Demise review already.

I pretty much only go on there to reread my own stuff when I need an ego boost.

Bands: Natural Order, Hang The Bastard, Deal With It