We’ve got quite a big team of people contributing (but we’re always on the look out for more people, so if you’re interest get in touch!), but let’s just say there’s a difference in the amount of stuff they contribute. Which is fine. But one of the people who’s keeping this site alive with lots of content is Arold (Rold). Time to have a chat with this Dutch guy, to see what makes him tick.

I’m Arold, I live in the South of The Netherlands in a place called Tilburg. And I don’t think I’ll ever leave this city.

And don’t know if it’s true but I like to pretend I’m one of the guys who keeps this site alive by trying to contribute new reviews, interviews, news and articles a couple of times a week. I really don’t like e-zines who only upload stuff once a month.

When you don’t pretend to do anything for SWNK, what’s taking up your time?

Most of my time goes into my work as editor in chief of a university paper and newssite and everything that has to do with it. That goes from writing articles to deciding on which picture to use on the cover to checking what the editor are doing and so on.

When I’m at home I spend a lot of time with my kids. Building with Legos, doing board games or going to the nearby playground to play some soccer, hide and seek and what not. When they’re asleep I tend to browse through a dozen of newssites before catching up on my reading or watching a news program on television. Right now the weather is getting better again so  I also try and get on my bicycle a couple of times a week to go cycling for some hours. In the weekends I also root for my wife’s Roller Derby Team, the Rockcity Rollers.

When I was younger I used to be inspired by older people like singers in bands or fanzine editors. At the moment I get a lot of inspiration from my kids. They have a whole different perspective on ordinary things and make me look at stuff from a whole different angle. Where most of my peers aren’t satisfied till they’re lying on some beach with a new iPad my kids have the time of their lives when the weather is good and we take some cheap popsicles to the playground. My son is starting to read now and asks all kinds of questions that if you stop and think about it are so down to earth it’s a shame as an adult I seemed to have somewhere down the line lost my abilty to look upon life in that way.

I grew up in a very small town where as a boy you had to join the local soccer team to fit in. As I disliked soccer I was an outcast from the start. Me and some of my friends discovered skateboarding as an alternative and in those days skateboarding was linked to punk. So that’s probably my start into this whole music thing. I know before that I already was in the heavier alternative kind of music that played on the local charts, bands like Guns N Roses and Metallica. But it’s because of skateboarding and Epitaph that I got more into punk. I used to ride my bicycle to the nearby city of Den Bosch every weekend to go and check which records they had that received high grades in Aardschok. I bought Strife because of that.

One of the first shows I went to was Violation Of Trust playing with DeadStoolPigeon in a local youth centre. That had quite an impact on me as well as going to Dynamo Open Air and see some more hardcore bands. The biggest impact however was Shelter in Den Bosch in ’96. The place was packed and there was so much energy about I got hooked forever. I never looked back.

Do your parents and / or family understand your love for this music?

Well I’m 32 years old and still have to explain to my dad at family events that I don’t drink beer period. My mom does get my love for this music and both my parents have been to some shows I played. I don’t think they’ll ever get the ideals behind hardcore or punk. To them it’s just hard rock. I do remember they told me years and years ago this was just a phase and I would grow out of it. I sure showed them, right?

What made you start to write about music?

In ’96 the fanzine culture was flourishing. We had some really great zinemakers around in The Netherlands. As I got more and more into this music I wanted to participate. As I didn’t know enough other hardcore kids to do a band I decided it was time to do a zine myself focusing on the rise of the Dutch youth crew scene at the time. That’s how me and Rob Bust! started Speak Our Minds. We had a hard time doing it together because I wanted things to go faster while Rob was more precise. So we split up after one issue and I started doing Speak My Mind zine which lasted for three issues. I found out I loved writing, quit agricultural school, drove Reaching Forward around for a year and went back to study journalism. I always had this picture in mind I would make a living writing about music but during my studies I found out music should stay my hobby and writing my work. Pretty much the way things are now.

As said earlier Shelter made a big impression on me. Here was a hard yet melodic band with a positive message and lots of energy.

And how about the book that made the biggest impression?

This is much more difficult to answer. There are so many great books out there. But I would say Gulag by Anne Applebaum in combination with The Whisperers by Orlando Figes made a big impression on me. I’m a child from Western Europe when I grew up I learned there was one big state in the East: the Soviet Union. In 1989 that all changed but in history class we still learned about the atrocities of World War 2. I never really learned about life in the Soviet Union till I read the books I’ve just mentioned.

I love the Beware 7″. I hope the new Make Do And Mend will be good. And I’m kind of curious about the new Verse record. 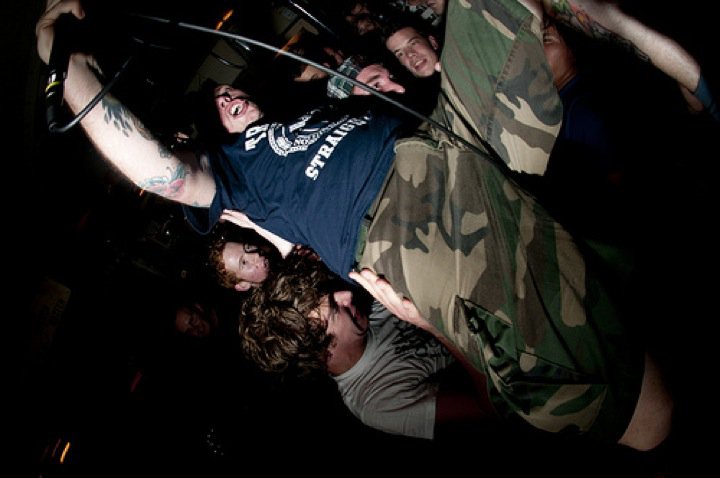 Someday I hope to write a good non-fiction book. But my main goal in life is to give my kids a steady home and get them the right start in life.

Someday I hope to write a good non-fiction book. But my main goal in life is to give my kids a steady home and get them the right start in life.

I sometimes help Johan with the Reflections distro at shows. You might want to come up and say hi. And I think everyone should go and check out the new Avatar: The Legend of Korra series. It’s awesome!

I don’t really have on favorite article. What I love about SWNK is that it continues to re-inspire me to check out new bands and think about new subjects to write about.