With so many small labels popping up all over the hardcore scene, smaller labels often get overlooked.  Mind Rot Records however, stands out in the crowded sea of small labels with a diverse catalogue of solid releases.  Mind Rot has released dark heavy hardcore records from Losing Grip and a youth crew record by Breakxaway.  The label has had a lot going on so we took a second to talk with them.

Hi, thanks for taking the time to answer our questions. Who are we talking to and how are you involved with Mind Rot Records?

I’m Judge and I run Mind Rot Records along with my brother Kage.

When did Mind Rot start and what made you decide to start a label?

The idea of running a label had been something I had been wanting to do for a number of years but in December 2008 I decided to make it a reality with the assistance of my brother. So we hit up our friends in a band called Nowhere Fast based out of Liverpool to see if they would want to do a record with us and that summer in July or August we put out the Nowhere Fast “No Escape” e.p. 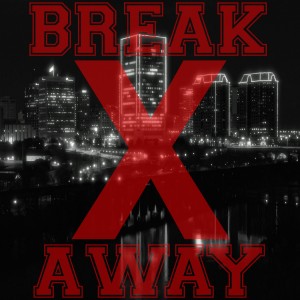 Your releases so far have been pretty diverse (as far as hardcore music goes). You have a band like Break X Away who have a strong youth crew influence and you are also working with Losing Grip who cite Integrity as an influence. Was this by design or more by chance that your releases span the hardcore genre?

When we started the label we knew we didn’t really want to just stick with one style of hardcore. We like so many different variations of it and just sticking to one thing like Youth Crew or something just didn’t seem right. Losing Grip was a band that we just happened to stumble across one day when listening to demo’s back in December of last year. And Break Away are some local kids that we have watched grow as a band and just both started talking about putting a record out so that’s how that came to be. As far as Losing Grip goes though they played their last show back in May which we were sad we never really had the chance to put out a record of theirs but things like that just happen sometimes, we still love those guys in the band and hope they do something in the future because we would certainly welcome the opportunity to work with them.

Now that the CD has really dropped off format to release music, it seems like small independent labels either go all in and focus on releasing music on either vinyl while other take the more cost effective approach and concentrate on digital releases. Where does Mind Rot fall and where are you focusing your energy?

Mind Rot definitely falls into the vinyl releases category. We aren’t opposed to anybody who releases digital formats or anything but their really is nothing better than having a piece of music that you enjoy and appreciate and being able to have a physical copy of it rather than just a few mp3’s on your computer and iPod. No matter what the technology brings I don’t think the feeling of owning a hard copy will ever be replaced.

What is your favorite aspect of running an independent record label?

Honestly everything about it. There is so much freedom to do whatever you want with the label. You can attempt to become as large and successful as you want with it as long as you are willing to put the hard work into it or you can just release records here and there and nobody can tell you otherwise. Also just being able to work so closely with the bands and the people in them is extremely rewarding.

How about the hardest aspect of running a label?

The hardest aspect of running a label is definitely money, having to save up for each release can be overwhelming at times but the second those records come in it seems so worth it regardless of the amount of cash you put into it. Also promotion, you can never promote enough for any of your releases I literally spend several hours a week just looking for new places to spread the word of things we are doing.

With the amount of bands in existence these days, especially in the punk/hardcore genres, what do you look for when picking bands for your label?

Basically we look for bands that we enjoy and that we share somewhat common ideas with as well as bands that we have noticed have been pretty hard working, like playing shows on a fairly regular basis and attempt to play out of town shows here and there helps too.

What does the future hold for Mind Rot? Where do you see the label in six months?

We have a lot of plans for the future, we have several releases lined up such as a tape for Violent Reaction which is a band who’s songs are all written and recorded by our friend Tom from Nowhere Fast and after that we are putting out a 7” for a band called Modern Pain from Dallas, TX. We have some other plans for things coming out in the first half of 2012 as well but it’s too early to say for sure that they are 100% happening.

What is one upcoming release (your label or any label) that you are really looking forward to?

Well I am definitely looking forward to those two releases that we are doing which I just mentioned but as far as other things coming out I’m excited about this new Take Offense e.p. that I believe is coming out around the end of the year, the new Banner Pilot record and the South Side Stranglers LP whenever that gets finished.

What was the last record you purchased and what did you think of it?

The last records I purchased were the American Nightmare “Year One” LP that Bridge 9 just re-issued which I already know I love from having the cd version years ago, and the new TUI record which I actually just got in the mail today so I don’t know if I like it or not yet.

Thanks for answering these questions.  Any last words?

Yeah check out Modern Pain, Lockdown, Renegades, Compound, and if you still somehow haven’t Naysayer.  Also pick up a Break Away record and thanks so much for the interview. 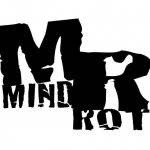