Finally one of, if not the, best current youth crew bands around is coming to Europe. Mindset will do a short tour, and fittingly, here’s a short Q and A about it.

Where there are US bands who start booking their european tour just before their very first rehearsel, you guys certainly took your time coming over. Was this a deliberate decision, like you wanted to wait till you had a full length done, or was there never a good time before?

Little bit of both. We definitely wanted to make sure it was going to be worth our time to come over. It would be a bummer to spend all the time and money to come to Europe and not have anyone know who you are. But we are also all super busy and don’t get to even tour the states much, so a European tour took a lot of planning and building up of time off that we could use for a tour.

The European tour of your labelmates Noose kind of blew up, partly because they were scheduled do be spending time on the road for over a month. Did that scare you so much you decided to only do a week this time. Or is it a short tour because you can’t afford to be away longer. Or do you want to avoid the typical ‘we toured Europe are fed up with each other and break up’ thing that was kind of common especially around the youth crew bands who came over in the late 90’s.

It is 100% because that is all the time we can take off from work. We would tour much longer if we could.

So what do you think you’ll miss in Europe and what are you looking forward to the most.

I don’t think I’ll really miss anything. A bunch of us have been to Europe before, so we kind of know what to expect as far as food/culture/traveling goes. I’m really looking forward to eating lots of vegan food and seeing lots of friends who I don’t get to see often!

What would be your European hardcore soundtrack? Which bands from the old continent inspire you?

We will exclude the UK because I could list a million bands from there, and this tour isn’t going there either. So with that in mind… Dead Stop, The Vicious, Regulations, Oxymoron, Justice, True Colors, Disfear, Damage Control, and Sportswear to name a few! 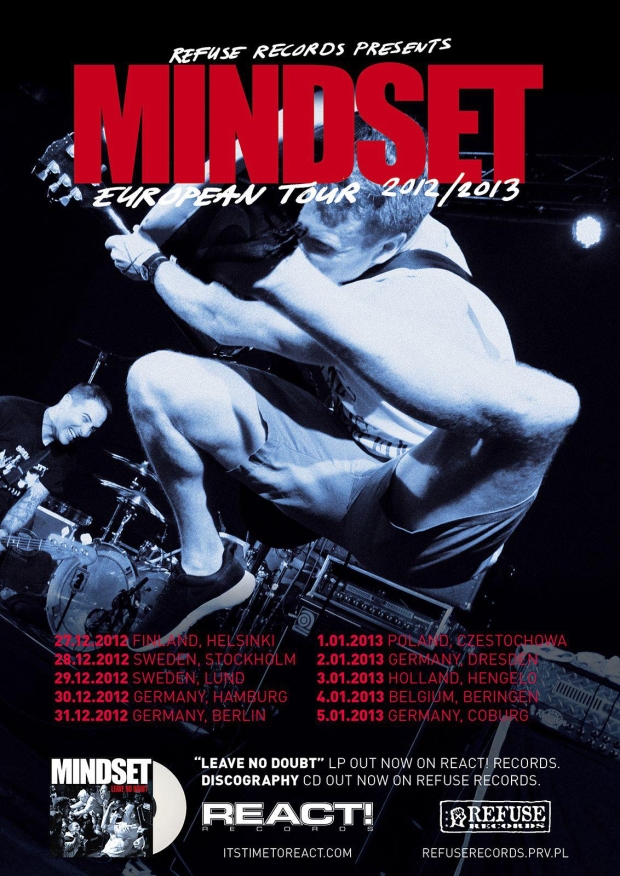