I was a bit surprised last week when the Newmoon ep dropped online. Good music from Belgium made by pretty much the same members as did Midnight Souls not that long ago. Since curiosity got the best of me I decided to have a word with guitar player Giel on his new band and what the future beholds.

Newmoon; I never knew you guys were so devoted to the Twilight books and movies. Or does the name come from another source?

That actually has nothing to do with those movies. It’s a pretty obvious reference to Elliott Smith. Hopefully it get’s us some attention with that other crowd though.

Midnight Souls broke up last summer and six months later a new band emerges with four members of that band. Did you just go on practicing in the old line-up or stayed in touch and decided some new sounds together? Why did Midnight Souls broke up because it can’t be for a lack of chemistry between band members.

After Midnight Souls broke up we all just took a break from music and enjoyed life. Around October Bert started talking about some songs he had written and he and Stef were practicing again. He asked me if I wanted to come jam sometimes and after just a few rehearsals we had a bunch of stuff ready. We decided to turn our ‘thing’ into a real band so Bert posted online that we were looking for people to play in a loud band. Robby and Philippe replied instantly and because we’ve all known each other for so long it just made sense to have them in the band. It was never a conscious decision, just 5 friends making music together. We all got really excited about what we were doing so we figured we would just go with it. 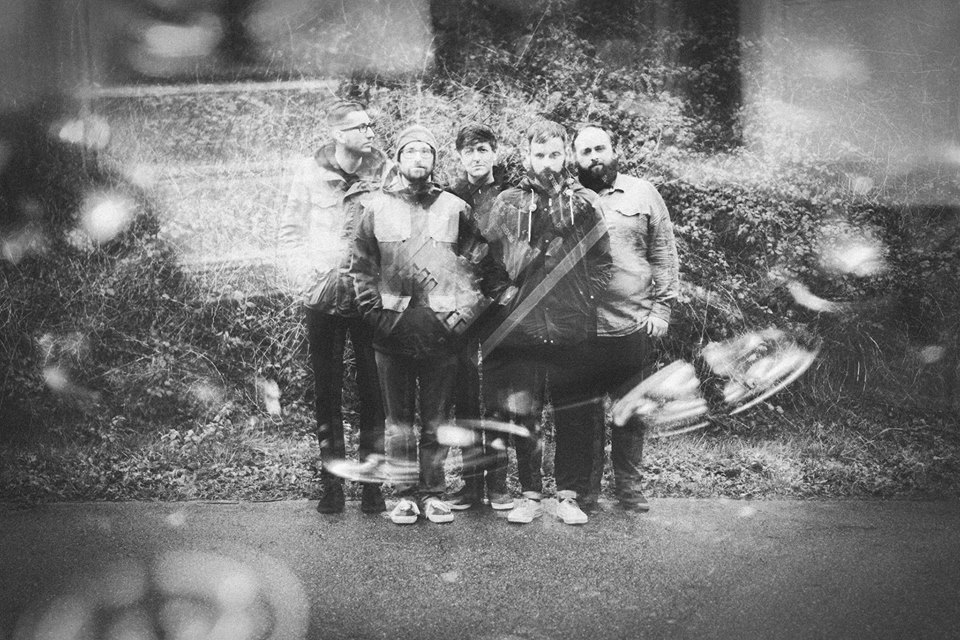 Dreampop seems to be a good term for the music you guys make. Just what bands were inspirational when you started writing these songs.

We’re all super into grunge/dreampop/shoegaze/indie/whatever so there’s loads of influences. The most direct ones are My Bloody Valentine, The Cure, Slowdive, Yuck, Nirvana but also Nothing and Whirr. I’ve been listening to a lot of Oscar And The Wolf lately too.

What’s the status on Viva Love Records, the label of two Newmoon members? And can we expect a Newmoon 7″?

I think Viva Love is still going on right now. They’ll be releasing the Grayscale casette in the near future. Newmoon won’t be released on Viva Love. Robby and Bert kind of want to keep those two things separated. We are talking about a physical release of the Invitation To Hold EP though… And we’re super excited about that. Hopefully we can share that info very soon.

Are you planning to hit the road with Newmoon and tour just like Midnight Souls?

I think we would all love to start touring with Newmoon. But right now the focus is on playing shows and just getting out there as much as we can. We’ve been getting some amazing offers but unfortunately we all have a pretty busy schedule right now. We’re trying to get the ball rolling as soon as we can though. We’ll see what the future holds for Newmoon.

Which other upcoming bands should we get exited about in 2014?

The two most important records of 2014 are Nothing’s Guilty of Everything and Oscar And The Wolf’s Entity.