As I really enjoyed No More Art’s debut album “The Sorrows of Youth”, I decided to give them a call and see what’s up. Will Kinser, the band’s main songwriter and guitar player was kind enough to answer a couple of questions.

Let’s start with an easy question: who is No More Art?
Well, NMA started out with Milo (the bands singer) and myself, just hanging out, playing guitar together and writing songs. After a while Juan Pardo a friend from Spain, who was living in Hamburg at the time joined us on drums and Jonas joined us on bass. We played together for about a year and a half until that lineup pretty much dissolved when our rhythm section decided to pursue other goals outside of music. After that we were joined by Max on bass and Knut on drums pretty much without much of a gap in time. They’re both German and living in Hamburg, and have a bit more time, making everything a bit easier.

You’re playing in Red Dons and Born/Dead, and other band members also play in different bands. Is No More Art a project or do you consider it to be a band?
I’m not an active member in Red Dons at the moment, but I have a new band Sun Bather. NMA is a real band, although I have to admit we don’t practice very regularly. Let’s say we try to make it a real band, but as most of us are really busy, that’s sometimes not very easy. We have to work around each others schedules a lot, so perhaps at the moment it’s more like a project. Especially as our singer Milo is about to have a baby. I think this last year we’ve practiced like four times or something like that? We did manage to play some really great gigs, as well as getting the LP out, and we have also recorded an acoustic song which hopefully will be released sometime soon. I think we managed to salvage the year, looking forward to 2015.

Congratulations to Milo. One of my next questions was if we could expect a No More Art tour in the near future, but I’m guessing that’s not going to be easy to organize, considering the circumstances?
Haha, well, Milo seems to be pretty optimistic about touring, but I’m not holding my breath. I think with a baby it’s hard to tour. It’s a lot work, so… But that being said, I’m sure we’ll play some shows coming up next year. Thinking about it, I think we’re not going to do punk tours any time soon. You know, the sleeping on floors kind of tours? If we do tour we’ll probably have to be a bit more prepared and arrange places with friends to sleep, or hotels beforehand. 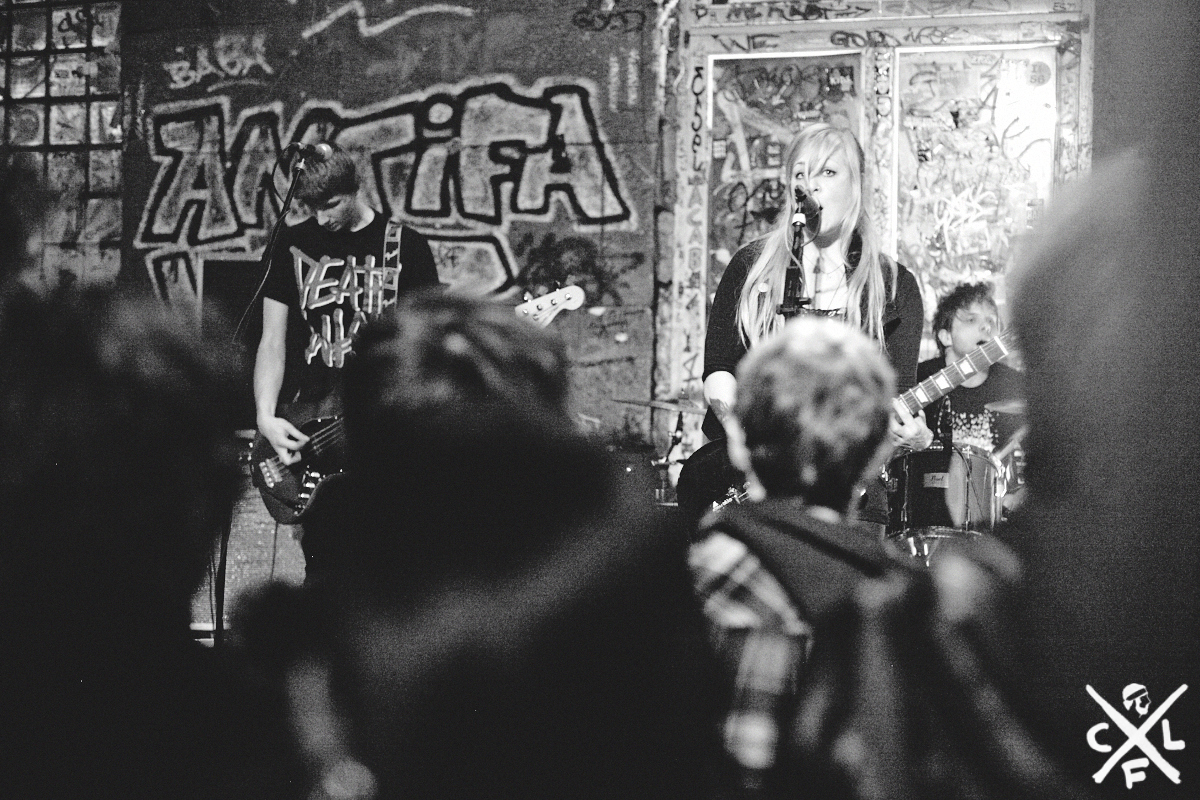 Let’s say we try to make it a real band, but as most of us are really busy, that’s sometimes not very easy.

So you’ll skip the really punk part of touring then huh?
Haha, yeah, well… We have other bands to do that with.

Right! Listening to Sorrows of Youth and the earlier material I hear a lot of Scandinavian punk influences. I would not expect that from a band hailing from Hamburg. Germany is known for a different sound. It made me curious: what do you consider your main influences?
It’s funny that you say that, I don’t hear much of that influence at all but I take it as a compliment. I write about 80% of the guitar riffs and Milo the other 20%, and you can pretty much reverse that for lyrics. We don’t come to the practice room with complete songs though, so everyone gets to add their own parts and style to the songs.

My influences are more the late seventies, early eighties American bands like The Avengers and “X”, along with a ton of KBD bands. I’ve been collecting records for more than twenty years now, so you’ll end up with a pretty wide range of music in your collection, and that’s where our influences come from. Of course Masshysteri and The Vicious will have had some effect on our music, even though it’s probably mainly that they reminded people that early punk sound is still out there waiting to be tapped into. It’s not as if these bands re-invented the wheel. They pretty much just borrow from bands that were playing 25 years earlier than them. I would like to add that I’m very fond of these bands though.

Anyways,I started writing these songs quite a while ago. So it was quite funny to see in your review you compared us with bands like Terrible Feelings. I mean, I think I already wrote four of the songs before Terrible Feelings even had a demo out. They are a lot faster at putting out records than us, we have basically been around about the same amount of time, and really like them. The first song we wrote as a band was “Evil Eyes” and I would say that that song in general is just a straight up ‘77 punk song. That’s mainly Johnny Thunders and The Heartbreakers and throw in like a little Gorilla Angreb, or No Hope for the Kids, for some modernity. Next up was “Won’t Let Go”, “Peripeteia”, and “Tough to Breathe”. I think that pretty much encapsulates our sound. 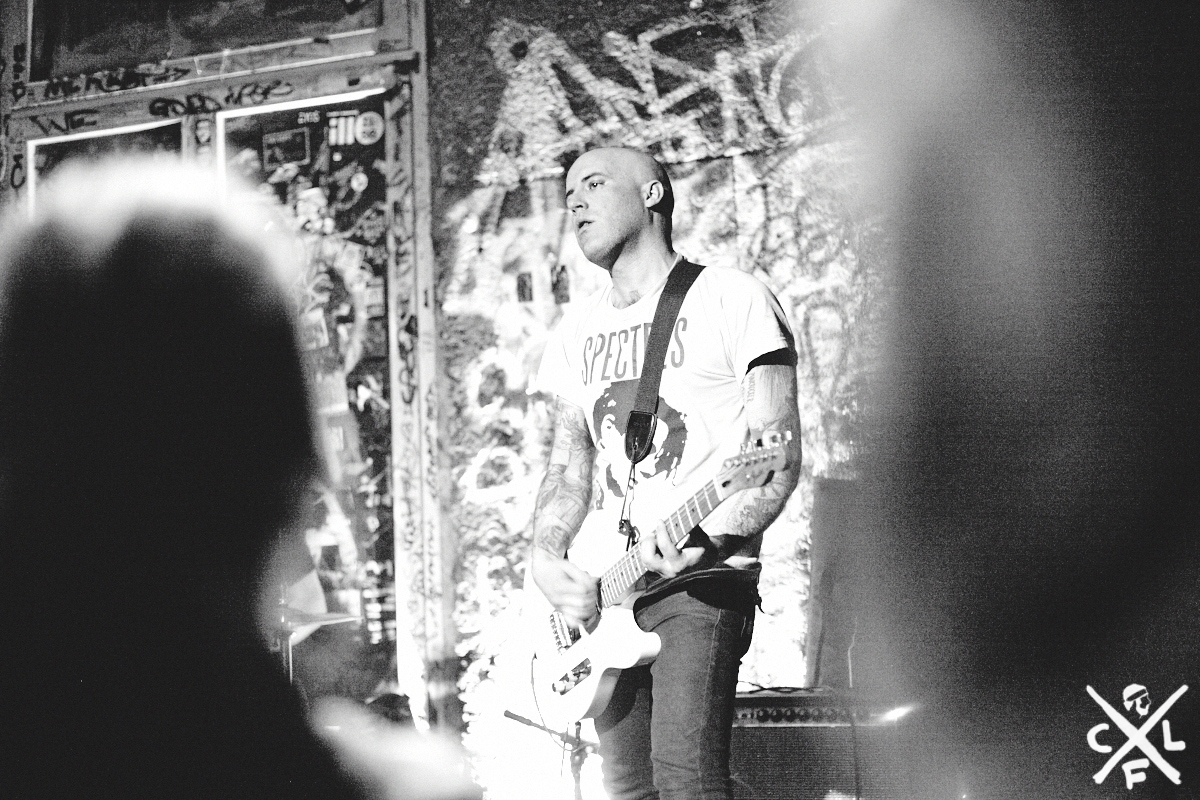 They pretty much just borrow from bands that were playing 25 years earlier than them.

I’m gonna ask a question about lyrics now, even though you already mentioned Milo writes most of them. You play in several bands that have lyrics with a strong message. What’s are No More Art lyrics about?
Well, our lyrics are a bit more introspective. There’s no hidden messages or anything, but they are more open to the listeners own interpretation. It’s more an introspective view having to do with the psychology of human nature. Sometimes our lyrics get literal, but it’s not intentional. I was actually getting tired of only writing political songs when we started the band, so we tried to write songs that were more about personal life and could be sort of twisted by the listener to each of their own life stories. That’s not to say No More Art will never write a political song though. But I wanted No More Art to be a departure from what I was previously doing with bands, as I’m sure Milo wanted as well. We don’t want to get stuck doing the same thing over and over again. I mean, I’ve played a lot of hardcore bands. To me, this was the perfect time to try something different.

Let’s have a look at the No More Art songs. Which song are you most proud of, and why?
Oh… I’m actually trying to remember what the song titles are. We never write a title until after the song is done. and usually have a working name, so I have a hard time remembering. I would say, “Last Lucid Moments” is one of my favorites ’cause it ended up sounding different from what I initially wrote musically. That was a song I wrote for a different project I was going to do, it was more shoegaze style sound. Somehow, when we were talking about the recording and needing more songs, and I mentioned I wrote this song for another band that never existed, we could try it as a No More Art song. Suddenly it came out and sounded perfect right away. And then Milo wrote the lyrics in what I consider five minutes, well something like that, and then she added one little guitar lick to it and it was just perfect. Another perhaps would be “The Walled City”, because we were trying to write a song with the most simple riffs that you can possibly play and it came out sounding really nice, almost by accident. It’s a bit weird perhaps, but with No More Art we’ve played for so long and wrote such a small amount of songs that I’m proud of most of them. That they even exist as we have a very sporadic practice schedule.

Before the Sorrows of Youth 12” you’ve released a couple of 7”s and a split. I guess it’s safe to say you’re still proud of those records?
Yeah! The thing about No More Art is that we planned our sound before the band started. Well, at least in my mind it was planned. Of course stuff changes over time, but in this band, unlike any other band I’ve been part of, I’ve had an idea of how the sound should be. We had a plan about the amps to use, where to record, and how we want to sound. So our older work should lead to our 12” pretty easily. Also some songs on the album were written before the songs that ended up on the 7”s. We don’t have tons of songs, so we end up releasing the songs that come out best of each recording session.

What’s your view on the bands future? In the most optimistic scenario, what’s going to happen to No More Art?
For me, I would like to mess around with the song writing a bit. Not to change the full sound of the band, but to explore what we can do. With every band the songs you write tend to paint you into a corner, so to speak. I think with this band we’ve quite some room to grow and develop our sound. I think it would be nice to get into the practice studio and hammer out some songs that go together as one piece instead of an album with separate songs written throughout the course of years. But basically I hope we continue to play some shows and write more tunes, but that’s all up to everyones schedules. 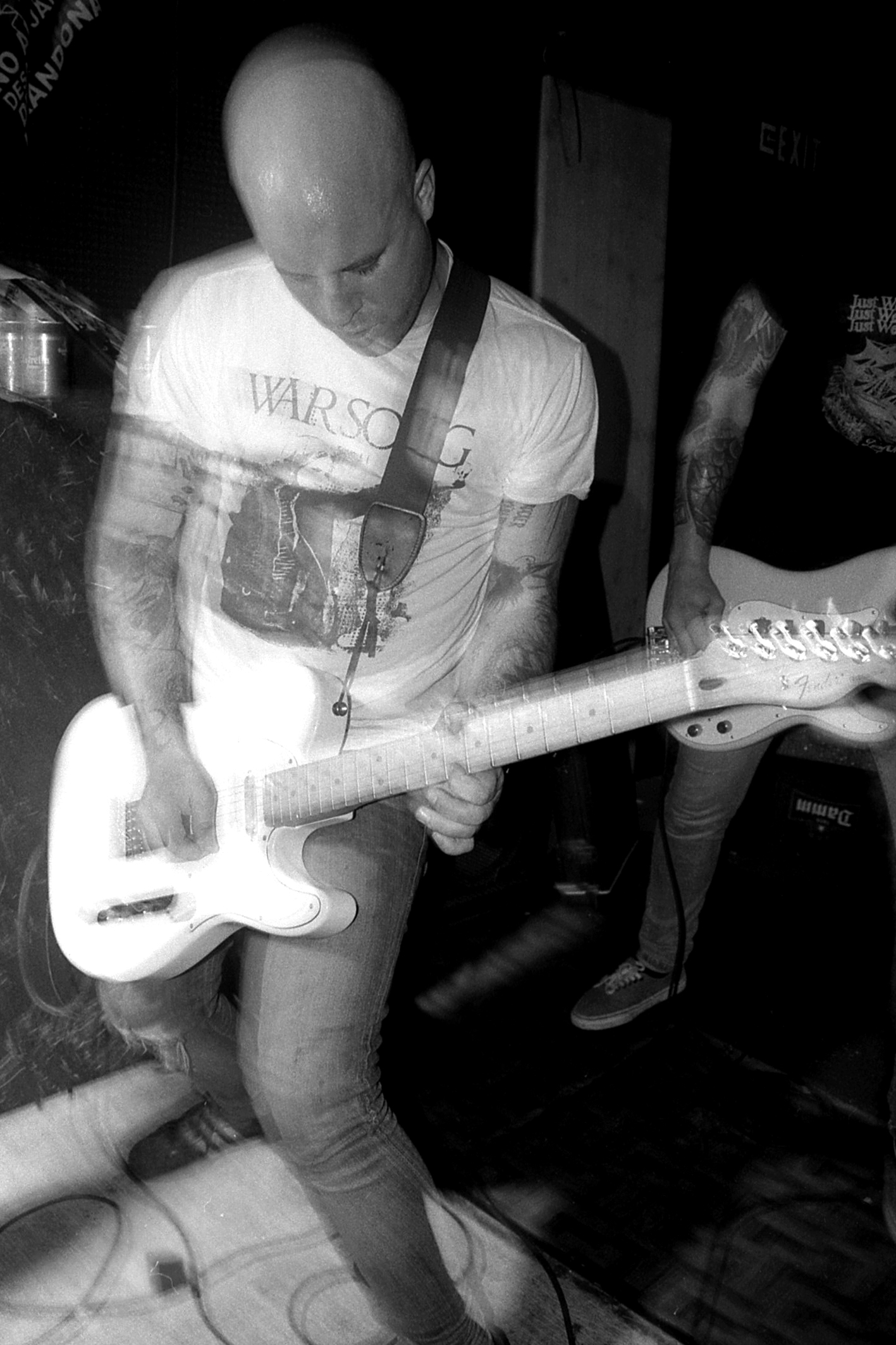 There is a lot of room in punk to be a new band the scene allows for growth in this strange way.

I’m triggered by how you started answering my question. You mentioned being pushed into a certain corner by your own songs. This can easily lead to stagnation in a bands development. Do you see this as a problem, perhaps for the punk scene as a whole?
No, not really I guess. A lot of bands in our scene are, let’s say fleeting. If you have longevity it can be a problem. I’ve been in Born/Dead for fifteen years now and I’ve felt sometimes that we couldn’t get out of our sound and do whatever we want to because of peoples expectations. But that being said, you can always quit and start a new band with a different sound and implement your new ideas there. That beats the stagnation you mention. And as there is a lot of room in punk to be a new band the scene allows for growth in this strange way. But with No More Art I’m not feeling that kind of pressure. I think there’s not too many people that understand the kind of music we try to make, so we’re not one of those top bands that have to release the same kind of album over and over again. There’s a bit more room to breath when a band is not super popular.

Alright, with that out of the way, I’d like to finish this interview. I’m out of questions, anything you’d like to add?
Well, let’s see… We planned to release a split with Red Dons this year, but we never got around to write and record songs for that yet. I’m not sure if that is ever going to happen, but we’ll see, we have been know to pull a rabbit out of a hat from time to time. Thanks for taking the time to interview us.