Who would have thought one of the first local bands I ever saw would continue to play for over 15 years and do shows all around the world. Martijn of No Turning Back looks back on another busy year for NTB including the argument with MAD, line-up changes and more.

You released the Take Control record and organised some release shows in the Netherlands with a line-up not everyone was happy with. When and why did you decide to ask bands like Haribo to join this tour? In my opinion one of the reasons was to get younger kids to a NTB show, was that the case and did it work out the way you wanted?

We tried to get people to our shows that normally wouldn’t come to a NTB show and would sit on the couch and watch TV. Back in the 90s it was normal to see a mixed bill on many shows, you just went to hear loud music, it could be punk, hardcore, metal or whatever.

We tried to broaden our horizon by bringing that back for at least once and we have to say it was a big succes. There was a lot of negative talk about the shows and the lineup, but it turned out te be very positive. People talk about HMKFs music in a negative way, but you should just go outside then when they are playing. The same as people standing outside for every opening hardcoreband anyways, since giving support is not very known in The Netherlands. At least the Haribo fans had the courtesy to give us a chance too, we could see new faces every night so we really saw that our goal worked out.

The guys from Haribo are really cool guys, they know how to party and we became good friends with them.

You also organised and headlined the Reflections tour. Any crazy stories about that one? And is there already a new version in the works?

Mike, the singer of Deal With It, tried to tear my arm off during their set in Munich by using me as a ragdoll swinging me from left to right around the venue. After that he proceded by jumping on me with his full weight with the result of an elbow that is not intact anymore. I guess I just had to deal with it.

There is no new version in the works, but off course we are ready for it whenever it is. It was a great succes and it really showed that hardcore lives in Europe. 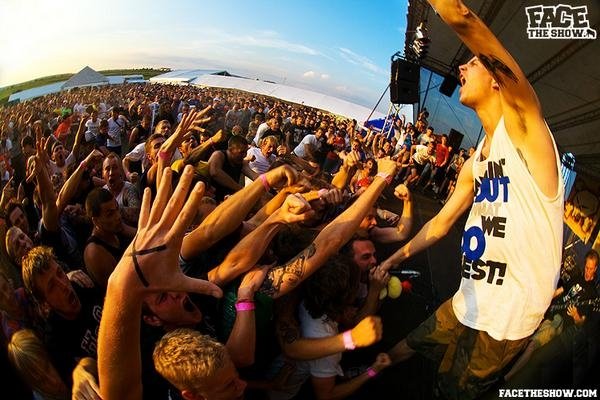 The Superbowl of Hardcore in New York was our highlight of 2011. As kids we always wanted to go there once to see all the great bands and now No Turning Back was part of the bill.

So 2011 was another hectic year for you guys. Was it everything you wished it would be?

Yes it was another great year in the existence of No Turning Back, and we got everything we wished for and more.

We released TAKE CONTROL in January and the response was even better than we thought. After a release tour in The Netherlands and Belgium we went all over Europe playing headline shows in support of the album. It’s great to see that after all those years we still have so many people coming to our shows, our fanbase keeps growing every year, I think that is very special for a band that has been around for so long.

The Superbowl of Hardcore in New York was our highlight of 2011. As kids we always wanted to go there once to see all the great bands and now No Turning Back was part of the bill. We play NYHC, and to be recognized as Superbowl material by the NY scene is a big deal for us.

Our Asian tour was intense and totally amazing also. The best tour outside Europe so far. 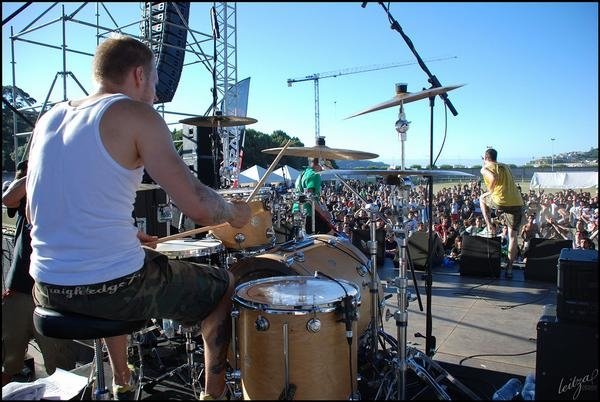 We have no regrets of leaving MAD and I think it was and still is the best for us. We are a true hardcore band and will always do what we want to and what feels good.

2011 was also the year that your ‘argument’ with MAD went public. Have you talked to those guys ever since and don’t you regret leaving that agency cause otherwise you could have been on some bigger tours and festivals I think.

We had a lot of questions about his, so let’s make it clear for once and for all:

The MAD thing was the first argument concerning NTB and the people we work with in 14 years that went out on the internet. Believe me, we could have done this a lot more in the past years, but we always thought it would be better to be discrete about the people who tried to “help” us over all the years but who turned out to be uncapable of doing shows, tours or bringing out records with.

This time we had the evidence that they were trying to steal shows from us posted on the internet, and stated we did not give a shit about being banned but we wanted people to know how they work. It stirred up a lot of shit, but we really feel we were in our right to do so.

That is all, although people tried to make more of it and named us leaders of the anti MAD movement. We were and are not. MAD is MAD, they will not change and everyone can decide for themselves if they want to work with them, band or promotor alike. They are good in what they do, and they took care of us during the time we were on their roster but I think they are not following the hardcore ethics anymore by trying to force the lineup of every show MAD bands are headlining. Let the promotors decide who plays their own shows.

We never had a good talk with Marc or Ute about our ‘argument’ as you call it. We were going around in circles and they denied having anything to do with it and they only talked about them making NTB big. We thought it was us touring full time that put us in the picture.
We did talk with most people that work for MAD and there were no hard feelings.

We have no regrets of leaving MAD and I think it was and still is the best for us. We are a true hardcore band and will always do what we want to and what feels good. We just did not want to pay them the precentage they got from booking tours and shows anymore because we had to make money of NTB to pay the rent. We always booked our own shows and tours and just picked that up again. Playing the big shows and festivals is cool, but we realised after a couple of years we would never be given the attention every US bands gets from MAD and opening shows and festivals at 16.00 gets real old real soon.

While Sjarm13 is a bandmember on the Take Control record, I don’t think he played many shows with you guys. When did you decide to ask Michiel from Noyalty to join the band? Is he a full time member now? And why did you want to add an extra guitar player in the first place?

He did played a lot of shows though, until he had private issues that needed to be fixed. We asked Harm because in my eyes No Turning Back has always been a band with two guitar players. It gives our music and performance the extra touch. When Harm told us he had to take care of these things Michiel crossed our paths to fill in for some shows. After a month Harm asked if Michiel could be our steady guitarplayer and he would then fill in when needed. From there on Michiel was a full member and he is doing great. Sjarm is going to kill it in Backfire too, watch out!

You went back to the USA and released Take Control through Think Fast records. How was it to be back in the States, was it different from previous tours when you were a Bridge 9 band?

Well, it was not very different than our previous tours, it was the eight time we were in the US. It’s always amazing to play the continent where it all started. This time we made a short trip because we played the Superbowl and only 2 shows after.

The States will always be hard to play for any European band no matter what label they are on. We are lucky that there are still people that care about us and give us a chance and back us up 100 %, we consider them real friends. 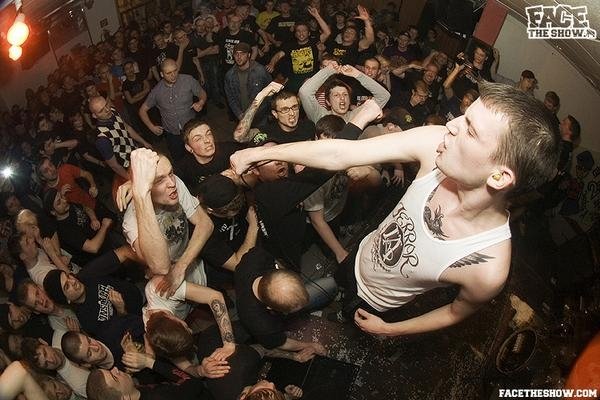 We are witnesses to the fact that hardcore is more than ever alive, all over the world! Not only in America or Europe, it’s all over and it’s growing and growing. We are proud to be a part of that growing worldwide scene.

To close the year you also went to Asia again. Judging from the pics on facebook it’s the last place on earth where people are still siked as hell about hardcore, is that true?

It was more than great and even better then we expected! Your question sounds kind of weird though, we see how siked kids are all over the world about hardcore. It seems that the people who are getting older and not going to shows on a regular basis anymore are the ones who say that hardcore is not cool anymore, that the shows suck and that the scene is dead (we hear this a lot).

We are witnesses to the fact that hardcore is more than ever alive, all over the world! Not only in America or Europe, it’s all over and it’s growing and growing. We are proud to be a part of that growing worldwide scene.

Back to our tour. We had the best tour outside Europe in our 14 years band history. The shows were amazing. On a week day in Indonesia there were 900 people at our show. Where do you have this in Europe or America if Terror, Sick Of It All or Madball are not on the bill?

So this was 2011, what are your plans for 2012? Besides enjoying the beautifull Tilburg a bit more?

15 years No Turning Back this year, from friends playing songs without knowing how to play an instrument to a worldwide touring band. A real milestone for me personally too, all the hard work payed off. I still can’t make a living of NTB, but we have played more shows and seen more countries than I ever dared dreaming of. A lot of bands in Holland with “nice talk/mooie praatjes” that look down on us for playing “simple” hardcore music can really “suck a point to it/er een puntje aan zuigen”.

There are plans for a new release after the summer and basicly more of the the same thing we always do. Play as much as we can in as many places as possible. We all still love hardcore as if we were 15 years old and we will continue as long as we have this feeling. Off course it is still good to come home from tour and hear “houdoe”, “ofnie” and to eat “piepers” and a “Frikandel” too! Brabant!
..