Jeremy Smith, formerly of Dead Hearts, opens up about his new band Old Ghosts and being an American during election time. ‘ During an election year it really seems like the US becomes an absurd place to be.’

Let’s go back in time. Why did you quit Dead Hearts at the time? I thought there was still room for growth since the Bitter Verses record wasn’t out that long? Had it something to do with the label you were on at the time as I always thought it wasn’t a suitable label for a band with your sound.

Derek quit Dead Hearts because it was getting more difficult balancing touring and responsibilities at home. Bitter Verses had been out for two years almost to the day of our last show, which was 6 weeks after we decided as a group to call it quits. Our label had very little to do with our decision to break up. While we were on Ferret it was apparent that the label was going through some changes and it no longer exists in the capacity that it did when we “signed’ anyway. It’s now just an imprint of Warner Independent Music group, with the core Ferret dudes (who had left) running Good Fight, a different label. We had actually left Ferret and had just negotiated an agreeable contract with Eulogy and were going to sign it literally the day Derek let us know the bad news.

Did you guys stop playing together and speaking with each other for a period before you started Old Ghosts or did you already make plans for that band prior to quitting Dead Hearts?

No, we have always remained friends; Paul and Tom started Rust Belt Lights right after DH broke up and I did a Straight Edge band called Reason. Josh also was playing but I can’t remember the band’s name at this moment. When Old Ghosts started Josh was pretty busy and we tried out Jesse from Buried Alive and the dude from Pentimento, but it wasn’t working with those dudes for whatever reason. Josh’s schedule became more open and that’s really when Old Ghosts formed, that was February/ March of 2011.

With 3/5 members of Dead Hearts in the band you could easily have come back as Dead Hearts instead of starting all over. What made you decide to start fresh instead of continuing on what you already established?

Old Ghosts isn’t Dead Hearts. Paul and Tom were integral parts of DH and I could not, with good conscience, do a band called “Dead Hearts” without their participation. 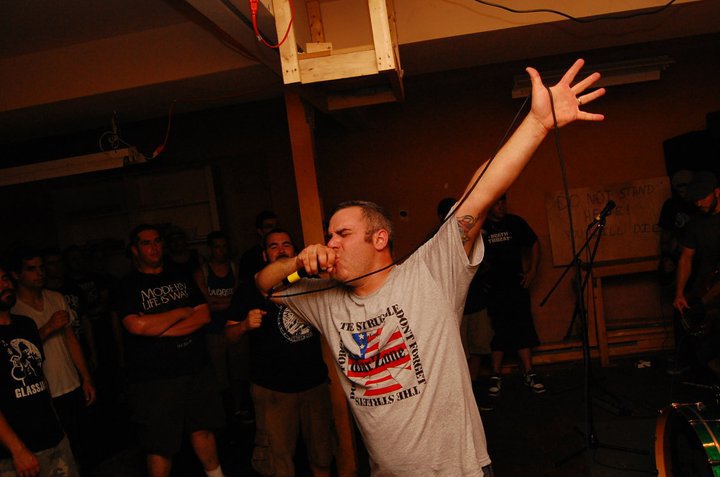 I don’t think Americans are stupid as a whole, I just think that our culture has taught us that chest pounding and vibrato are more important than facts or consequence.

The Drowning EP shows a more political side to your lyrics. How come these songs are going into that direction were you kind of done writing about personal issues or was there more inspiration to be found in other subjects?

It’s a shift in my personal life. I have a beautiful wife and daughter, I’m not upset about much inwardly, but outwardly I see things that scare and infuriate me. I feel that as an American it is my right to comment on being an American and question what’s going on. It’s not specific, I’m not saying “this specific policy is wrong and needs amending.” I’m saying there’s something wrong going on, it’s not something specific but it’s all encompassing and anyone that’s paying attention can feel it. The use and abuse of fear to further policy, the struggle of the average citizen just to get along while those in power and those with wealth seem to ignore that we’re the ones who made them wealthy and gave them power in the first place. I don’t think Americans are stupid as a whole, I just think that our culture has taught us that chest pounding and vibrato are more important than facts or consequence, I know I can’t change this, but it’s become so overwhelming to me, as a man with a family, that I can’t just sit back and not comment on it. I HAVE to say something, we’re fucked and are going to continued to be fucked, but Old Ghosts, on occasion, is going to scream about it. 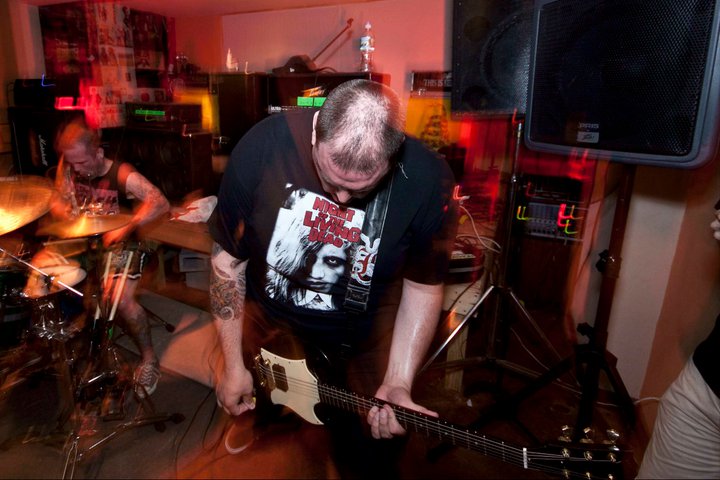 I am not politically active, but I have to shake my head at the bullshit that gets thrown around.

In the song ‘Dear Washington’ it says “Who’s our messiah, who’s our pariah.” Is this directed towards Obama, him being seen as the man of hope some years ago?

Yes, it’s about how the media manipulates the people in our country into believing that their own feelings and hope are wrong. Right now it seems that things are starting to unravel and, to me, it’s like there’s a three ring circus. During an election year it really seems like the US becomes an absurd place to be. I am not politically active, but I have to shake my head at the bullshit that gets thrown around. If the truth be known the original title for the song was “Election Year.” 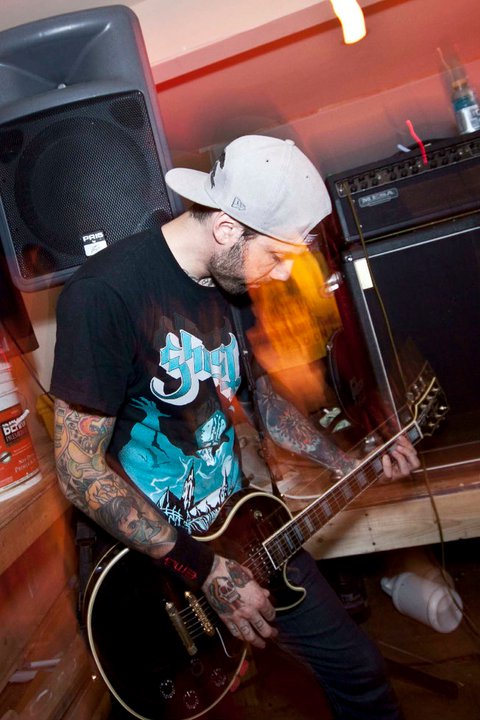 Originally I wanted to write a record about war with each song being from the point of view of those involved from the conservative politician to the person on the ground fighting overseas.

I might be wrong in interpretation but the whole Drowning EP seems to be the soundtrack of the United States at the moment, the bad economical situation, still at war in Afghanistan and other places. Is this the main theme about the EP? If not what is the theme?

Yes, this is a correct interpretation. I think I have been talking about the theme for the past few questions. Originally I wanted to write a record about war with each song being from the point of view of those involved from the conservative politician to the person on the ground fighting overseas. But, I felt that that wasn’t really fair, I’ve never served in the armed forces or fought in a war, I’ve never held a public office, to put myself in their shoes without being able to really understand it would have made for a farce of a record. I instead commented on these things as myself as best I could and I think that’s far more honest.

Both the lp and ep were released on Assault records. Do you also have plans for some European shows in the future and how did you get in contact with Assault Records?

Jan had always wanted to do something with DH and when Old Ghosts formed he (and Dave at State Of Mind) wanted to release something. I don’t even know if there’s a demand for us to play in Europe. I’d love to go back though. As long as Jan will keep releasing them, we’ll keep doing records with him, he’s a good dude.

So what’s next for Old Ghosts?

We plan on recording again soon in the next few months. We have a new song called ‘The New Gods’, which we’re all really into so that will be one of those songs. It’s not for a specific release, but the essence of art is to keep creating. Also, playing some shows, not tours or anything but shows none the less.

Thanks for the interview.