I remember seeing Overlord live with Iron Age in Mol (Belgium). Aside from it being a great show (also featuring Joshua’s Song) it was good to see Dries and Andries (both used to play in the Setup) in a cool new band. So when I was thinking of new bands to feature in our new breed series and someone mentioned Overlord I got in touch with Dries pretty much right away. The rest of the band helped him answer these questions too.

Hey Dries, what’s on your mind? Any government in sight yet?

We’ll get there! Belgium rules man, a year without government and still this country runs like a charm (more or less). If it wasn’t for our government saving the banks we would even have some real good economical results. Crazy! In this country we have intense discussions all the time and concerning every possible topic, mostly between north and south (Flemish and Walloons) and based on socio-cultural differences, conservative views versus more progressive, but we still talk and find common ground and don’t cut each others’ throats, literally, so I guess we’ll be fine. Let’s be frank, of course there’s that “absurd” factor in the way we run things but Belgium still is an awesome and very comfortable place to live.

I can imagine haha. Please introduce Overlord. Feel free to do the ‘with ex members of’ thing. I know who’s in the band, but others might not.

Ok, pay attention cause this is going to be a shitload of shinfo, here we go: Overlord is Serch on drums, also member of The Setup and a band called Bear, he used to drums for the bands Clouded and -45°. Nicolas on bass is member of grindcore stalwarts Leng Tch’e. Our main songwriter and guitar player is Andries who used to be in The Setup, ages ago in Thumbs Down, more recently played bass in Born From Pain and is currently enjoying a real rockstar-trip in Diablo Boulevard, a heavy rockband that’s really popular in Belgium. I (Dries) am doing vocals, a long time ago I was in a band called Circle and I sung for The Setup during the first 5 or 6 years of the band’s existence (first EP, two LP’s). To make this even more of an “inbred” affair, our friend Kris who now sings in The Setup (and did vocals for Officer Jones APCP) used to do the vocals for Overlord until I took over some time ago. 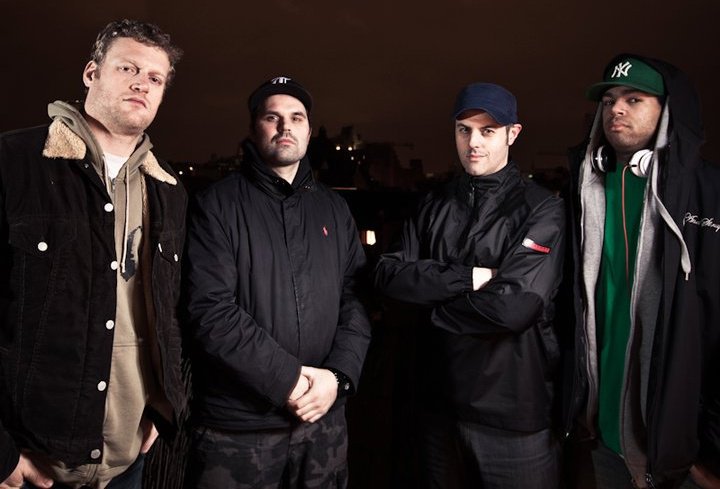 With the rise of internet, social media, the speed of communication and the exponential growth in the accessibility of any kind of information, I got a bit obsessed by the importance of the factor “fear” in today’s society.

So where does the bandname come from?

It was our friend Jan Vermeerbergen who came up with the name. At the time, we started rehearsing (Kris TSU was doing vocals at that time) we just wanted to have a “tough” name and that’s exactly what Jan came up with. Thanks Jan!

What or who influences Overlord?

Overlord plays dark, heavy and brutal hardcore with a lot of groove so it’s probably suitable to start dropping names like Buried Alive, Merauder and some NYHC greats and we do love those bands with a passion, but in all fairness, with Under The Knife and Satisfaction is the Death of Desire, Hatebreed made the blueprint for all heavy hardcore so let’s stick to the early work of “the Breed” as our main influence.

You released a demo early this year, what’s next? What are the (future) plans for the band?

We never had “a plan” and we’d like to keep it that way. We like to keep this “spontaneous” and “fun” without any pressure whatsoever. That doesn’t mean we don’t take this band seriously or won’t keep our standards high, not at all. We do want to be an awesome band and we want to create heavy but also great music. But we don’t feel any pressure or obligation to follow some kind of agenda or plan. The music on our demo was recorded back in May 2006, we recorded vocals in 2011 and finally released in April 2011… so much for having a plan! We would like to do a full length in the future, so that’s what we’re working on right now. We already have a bunch of new songs and we’re looking into our options label wise so hopefully it will get done faster than the demo did… Let’s say an autumn 2012-release, that would be great.

We’ll keep an eye on it! In the short bio on Facebook you mentioned you guys are devoid of ‘de-clawed overproduction’. Time to name and shame. What band(s) made you put that in?

Without sounding like a bunch of jaded old farts it’s a hint at a lot of bands focussing on the “whole package” of “being a hardcore band” but lacking substance. Listen, we’re most definitely not the ones to preach the hc-bible or a bunch of “purists” who think every record should sound like it’s 1982: bands should pay a lot of attention to their sound, get their shit together, on stage but also “production-wise” and we do understand every generation has its own “fashionable” approach to hardcore.. BUT it seems some bands forget they have to get to the essentials first and subsequently have to write some decent “songs”. It’s just… a lot of stuff that comes out looks extremely well, has the right “arty” or “doomy” feel, is played by kids who technically compete with Satriani and at the same time “look the part”, they record their shit with a top notch production… but it’s boring the crap out of everyone! It’s all so generic… But hey, maybe it’s all just too much talk.., to each his own… Let’s face it, we’re not the most original sounding band ourselves but we try to create some decent stuff and keep the anger, the energy and rawness real and in your face.

What’s your favourite Overlord lyric and why?

I particularly like the lyrics to Zodiac. I tried a different approach to writing lyrics than I used to in the past. I wanted a more direct style without being cheesy. A style more in sync with the music. Let’s face it, I’m no Hemingway and the way I express myself in English will always have its limitations, but on the other hand it would be extremely retarded to write some “gangstyle”-lyrics. So I found a different way to be direct, confrontational without being dull or blunt. Zodiac is written from the point of view of “a man” in mental and moral meltdown about to go on a killing spree. Really uplifting stuff haha. To me the lyrics are a metaphor for the dark and bitter side in each one of us and on a bigger scale the darker side of society. A side we can keep in check most of the time, but when fed by hatred or fear it can turn real ugly. With the rise of internet, social media, the speed of communication and the exponential growth in the accessibility of any kind of information, I got a bit obsessed by the importance of the factor “fear” in today’s society. The way it’s influencing all matters socio-economical, political, our relations… And of course the way certain powers use all those means of information and the factor “fear” in a perverted way as a political, economical, strategic weapon.. It’s a topic I like to address more than once in my lyrics. 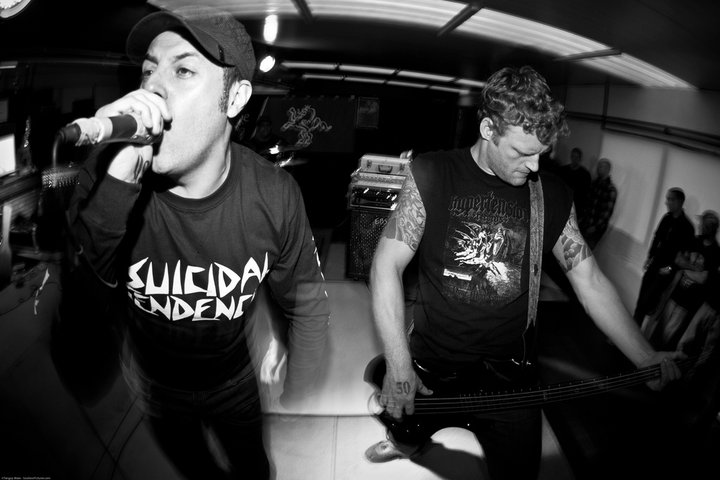 I believe in human responsibility, no interventional god and the incredible complexity of inter-human relationships.

When they’re done reading this short introduction, what do people really need to remember about Overlord?

They need to remember to check us out. That’s all. We’re not the next big thing in hardcore, we’re not going on endless world-tours, we’re not looking for appraisal and we’re pretty sure we’re not going to be loved by everyone. But we love this scene, we love this music and we try to express that by thoroughly enjoying what we do while trying to make some kick-ass music, live and on record.

Something totally unrelated, but I put these miss Universe questions in every new breed: If you could go back in time and change a single moment in history. What would it be and why?

On a personal level that’s real easy, I lost both my parents way too soon so I would definitely change that. But what would I change in history… I believe in human responsibility, no interventional god and the incredible complexity of inter-human relationships. So unless you would make me a god and would let me change human nature any single intervention would be pointless. Just say, I would make Hitler a renowned painter instead of a frustrated one, would that really have changed the course of history or would that only mean some other nutcase would have surfaced under the same circumstances? Let humans be humans and just hope and pray we somehow learn from our history, that’s already a though one..

Good answer… Anything else to add?