After releasing one of the best records of 2011 with ‘Clash Battle Guilt Pride’ Polar Bear Club has been touring a lot in the USA. I kind of thought they had forgotten about Europe so I decided to send vocalist Jimmy Stadt some question and see if and when they’ll be back on the old continent.

Clash Battle Guilt Pride is out for a while now. Have you looked back on it and thought by yourself this and that I would have done differently or are you still satisfied with how everything turned out?

It’s a combination of both. The record is what it is and there’s a really thrilling sense of not tampering with the process and what was instinctual to you in that moment but of course there are instances where you sing a certain line at practice slightly different and you say “Man, that’s cool. I wish I had thought of that sooner.” 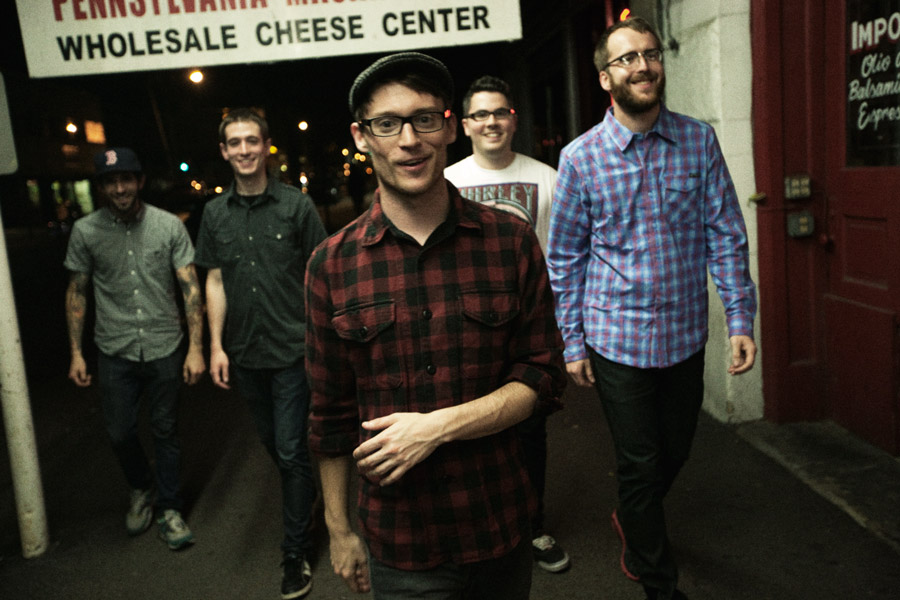 I’m not going to explain the title because it is strange and ambiguous but that is intentional so you as the listener can interpret it your own way.

Clash Battle Guilt Pride is kind of a strange title can you explain the meaning behind it?

I’m not going to explain the title because it is strange and ambiguous but that is intentional so you as the listener can interpret it your own way and attach yourself to it. It means many things to me but you’re welcome to think differently of it.

A lot of the songs on CBGP seem to be about looking back. Do you write lyrics as a catharsis of certain events in your life or do you take stories you hear from people around you and combine them in songs?

It’s both of those. A lot of times it is me exercising an emotion in hopes to achieve some sort of balance but it’s also exploring things I don’t understand that intrigue me. Notions or ideas that I struggle with and want to toss around a bit. 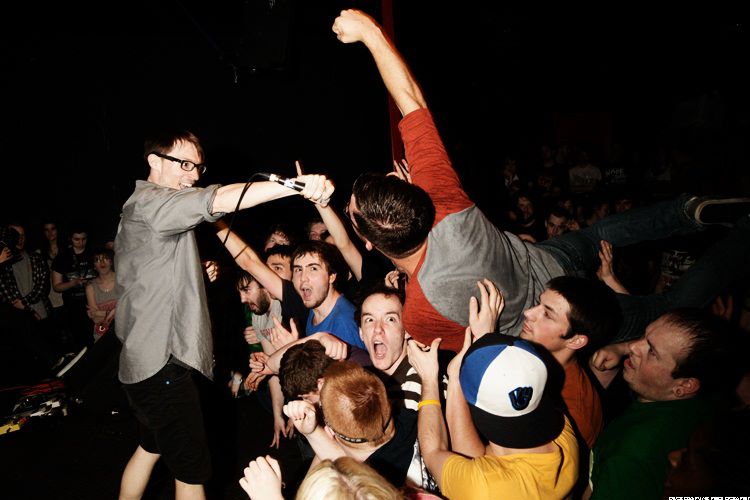 They just went nuts on stage and it wasn’t coming from a place of showing off. It was just honest passion.

Though people place the band in the punkrock scene especially live you reminded me a bit about Progression Through Unlearning– era Snapcase. The dynamics on stage seem pretty similar. Did you when you were younger watched lots of bands on stage and thought ‘if I ever am in a band I want to be like them’? Which bands blew you away on stage and had a big influence on Polar Bear Club?

Snapcase was one of those bands. They were from Buffalo and we’re from Rochester, it’s less than an hour drive from city to city. Bands like that really inspired us. They just went nuts on stage and it wasn’t coming from a place of showing off. It was just honest passion. People wigging out in street clothes.

I read in an older interview that you studied acting. Now you’re doing this band full time, do you miss being on stage and becoming a different character? Do you think all the shows you’ve played so far will make you a better actor when the time does come that you’re in a play once again?

I do miss it. I like the work ethic of doing plays. It’s a lot of work but the reward is high. I think getting older has made me a better actor. I’m just slightly more mature at 27 than I was at 19. That helps.

Right before CBGP was released the band announced that you were switching drummers. Is the new guy behind the drums pressuring the rest of the band to write new songs so he can go into the studio with Polar Bear Club and play songs on stage that he helped creating?

Hahaha, a little bit. We’ve already started writing with him and it’s great. We can’t wait to do the next one with him.

No it’s none of that. We just felt like we were going over to Europe a lot and wanted to take some time away so you wouldn’t get sick of us. We’re coming back in August for a short tour and will be back later in 2012 or the start of 2013 I’m sure.