Powerwolves, has had a busy year.  After self releasing a demo in 2010, the band quickly signed to Panic Records and released their debut full length “You Won’t Find Peace” this past August.  The band’s aggressive agenda has helped raise a few eyebrows including that of Trial guitar player/Panic Records owner Timm McIntosh.  Drawing comparisons to heavy hitters like the The Hope Conspiracy, Integrity, and Ringworm, this new band is quickly gaining a steady following.  We spoke with vocalist Dave about the origin of the band, the newest release, and a variety of other topics.

Hello, thanks for taking the time to sit down and answer a few questions for SWNK.org. Can you introduce yourself ?

Hello, my name is Dave and I sing for Powerwolves.

How did you guys come up with the name Powerwolves for the band? Any important significance behind the name?

It comes from a lyric that I have always liked in the Metallica song “And Justice For All.” Everyone in the band actually really enjoys that record so it seemed fitting. The lyric goes: “Halls of justice painted green, money talking. Powerwolves beset your door, hear them stalking.”

You guys are from MA’s Merrimack Valley, home to several important hardcore bands. What is it like being part of the MV scene? Any added pressure when you guys were starting out?

It is definitely a good place to be in the hardcore scene today, and very welcoming at that, so we never really felt any pressure when we were starting out. Every band supports each other around here regardless of what type of music you play, but the hardcore scene is especially strong right now. 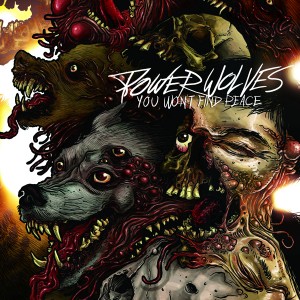 Powerwolves recently released an LP on Panic Records entitled “You Won’t Find Peace”. Can you give our readers some info on the record?  What was the recording process like, and where and with whom did you record with?

We recorded You Won’t Find Peace at our long time studio of choice Format Audio in Haverhill, MA with our good friend Ryan Stack, who also recorded the demo. It’s always a laid-back environment and Ryan is very easy to work with, not to mention his studio sounds great.  Most of the time is spent just hanging out and getting burritos across the street, but when it comes time to work Ryan is just as concerned as we are with making the best record we can.

What is the writing process like for the band?  Did the process change at all between the 2010 demo and You Won’t Find Peace?

The writing process didn’t really change between the demo and the LP.  We still just get together every Thursday in our drummers basement and write whatever we feel like at the time. If that means a 1-minute long, fast, pissed off song one day, and a slower more melodic song the next, than we are fine with that because we go with what comes natural instead of trying to force anything. And I’m just going to put it out there that the regular flooding and ridiculous amount of daddy long-leg spiders in that basement probably have something to do with our writing process as well.  It’s basically like practicing in a swamp.

It seems that the subjects of the songs on You Won’t Find Peace vary a bit from song to song.  What are some of the lyrical themes on the record?

I just try and talk about the shit I see everyday and how it makes me feel. I don’t get too specific on any certain subject or try and impose any political stance cause I would rather let people make up their own minds, which may end up meaning something completely different to someone else. I mean there’s obviously a pattern of anger and frustration in my lyrics, but that is because I consider playing music to be the best outlet for me to express these feelings in a constructive way.  And if people find something in my words and feelings that they can relate to, that is awesome and hopefully that connection brings something good and constructive to their lives as well.

I don’t care how people get our music; whether they download it for free or buy a copy, since them hearing it is always our main goal.

How did you guys get hooked up with Panic Records?

Our friends in Late Nite Wars gave Timm from Panic Records our demo in 2010 and he contacted us shortly thereafter.  At the time though, we weren’t ready to be on a label just yet so we respectfully declined his offer in order to get all our ducks in a row as a band first, and get the experience of playing more shows, seeing as we had only played a few at that point. We recorded the songs that eventually became “You Won’t Find Peace” with no real plan of action except that we wanted to record all the new material that had been marinating for a while. We toyed around with the idea of self-releasing the songs digitally, but then decided against that since so many bands do that now, and it would just further contribute to the hardcore scenes’ over-reliance on the Internet. Timm from Panic had stayed in touch with us since he first heard our demo so it seemed pretty obvious that we should send him the songs and see what he thinks. We have always had tons of respect for Panic Records because we have seen the quality of their catalogue as well as the care they have taken with their artists, many of whom we had already known personally. So shortly after sending him the songs, he told us that he was very interested in putting out the record on Panic Records, and we were beyond stoked that it would be made available on not just CD but vinyl as well.  In my mind nothing compares to having your record put out on vinyl, and being able to sell a real, physical piece of your band’s music at shows. I don’t care how people get our music; whether they download it for free or buy a copy, since them hearing it is always our main goal. But I just find it more personally gratifying when they decide to own something of ours that won’t get lost in the shuffle of MP3s and burnt CDRs, and have it take up a small piece of real estate on their shelf next to other records.

What are some bands you guys have recently played with or checked out that you are excited about?

Some bands we played with recently that I am excited about are Darkwoods from the South Shore, as well as Rude Awakening, Bastardswine and Plagues from the Merrimack Valley. 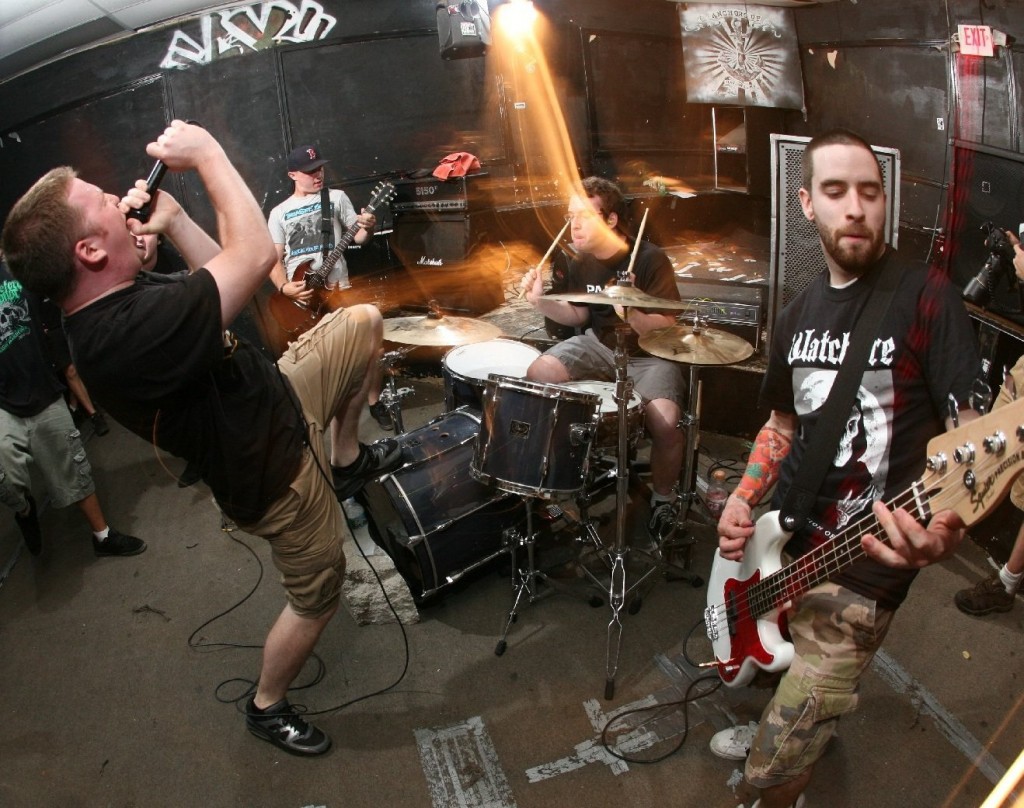 What has been your favorite record of 2011?

I have really enjoyed the new Ringworm and Anthrax records. Also the Rude Awakening demo is easily the best demo put out this year hands down.

What do the next six months hold for Powerwolves?

We are in the process of getting an east coast tour together for after the holidays in support of the new record so be on the lookout out for that, and until then we are going to continue to play as much as we can in the northeast and possibly Canada sometime soon.

What is the best way for people to keep up with the band online?