I’ve been hooked on Praise ever since their debut 7″ Growing.Changing.Healing. Especially lyrically but musically the band brings something new and original with their all to familiar melodic hardcore sound. Still the band doesn’t seem to be that well known outside a close circle of enthusiasts. Frontman Andy Norton takes this opportunity to look back on the end of his former high profile band Champion, the past, present and future of Praise and then some.

Besides Praise you’re also known for playing bass in Champion. You joined the band after they recorded Promises Kept. Before the band brokeup there were plans to do a release on Equal Vision. Did you guys ever wrote any songs for that release?

Yea there were plans to put out another LP on EVR but as far as I know there was never anything written for it. I was living in Maryland at the time so I am not sure if Aram, Todd, Jim and Chris ever practiced new songs but I am pretty sure nothing was ever recorded after the split with Betrayed. A lot of the riffs on Growing. Changing. Healing. were my attempt at writing songs for Champion. 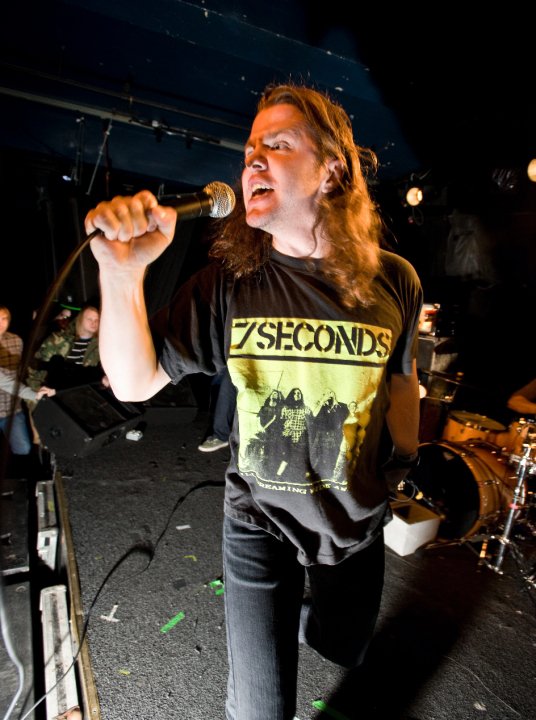 As much as I miss being a part of that band, touring, and hanging out, I am very happy about how it ended. We are all still friends, still love hardcore, go to shows and believe in the same things we did 5 years ago.

When joining Champion I guess you joined the band knowing you would tour all over the world. Were you really bummed when things came to a halt so fast?

When I joined Champion I didn’t really expect to get to see so much of the world. I knew I was going to get to tour the US and go to Europe but had no idea I would get to go Japan, Australia, South Korea and so many other great places. Things didn’t really come to a sudden halt. On the last Australian tour the future of the band was talked about a lot. There were no touring plans after that and the only plans that had been made were to write for another LP. I was living on the other side of the country so I wasn’t going to able to be a part of the writing process. I had talked to them about parting ways to focus on school anyways. A week after we got home I got a phone call from Chris telling me that the last show would be in May and they wanted me to play it. As much as I miss being a part of that band, touring, and hanging out, I am very happy about how it ended. We are all still friends, still love hardcore, go to shows and believe in the same things we did 5 years ago.

When did the idea of doing Praise came about and was the musical and lyrical direction clear from the start or did that all happen gradually?

The idea for Praise was floating around in my head soon after Champion broke up, but I decided I really wanted to do it in fall of 2007. As far as lyrics go, I just want to be honest and sing about what’s important to me.

Do people get confused by a bandname like Praise? Maybe expect a super Christian band or something?

Yes for sure. We are not a Christian band and have no religious affiliation. None of the lyrics are about religion. The name was taken from the 7 Seconds record.

A lot of people I know don’t get the idea behind the artwork of the Growing Changing Healing ep. Can you explain it to them (and me).

There wasn’t really any idea behind it. I knew I wanted Kevin Seconds to do the artwork. I am very interested in Native American culture and art so when that idea came up we knew that Kevin would be able to take that concept and roll with it. We knew what vibe we wanted to project and a dream catcher with floating eyes does just that.

The song Peace Is The Solution isn’t written by any members of Praise, How did that song end up on the ep and how much of a coincedence is it that Stephen St. Germain is now doing a band called Peace?

I wrote the lyrics to Peace Is The Solution. The reason it says Stephen in the liner notes is because he was with me when I was writing them and helped me brainstorm and arrange them a little better. I just wanted him to get credit for being a part of the record.

I have become so upset with where the world is going that I shut myself away from it.

The song I Believe in my opinion sums up a lot of thoughts of people who came into hardcore with a lot of ideals but get older. So how do you think you make a change in your own life?

That’s a hard question man. I am still trying to figure it out myself. Personally, I just try to always be aware of my emotions and then channel them into something positive. I constantly tell myself “If there is something in my life that I makes me unhappy I am the only person who can change it.” It sounds like some cheesy self-help stuff but sometimes it works and helps put things in perspective.

The US has hit rockbottom. And it seems Obama is struggling and the conservatives are gaining more and more power. Do you fear for the future of your country? How much do you notice yourself about all the countries economical problems?

I try to stay as up to date with US news as well as global news but lately I have become so upset with where the world is going that I shut myself away from it. As far as the US goes there is too much struggle between the republican and democratic party. Politics aren’t about the people its about who going to make the party look better. Nothing will ever change if these parties continue to not find middle ground. Thinking about the people who are in “control” of this country just makes me sick.

You state that you’re so upset with where the world is heading that you shut yourself away from it. Do you think that is the solution? If we all would do that, nothing would change.

I definitely do not think that is the solution nor do I think it is a healthy way of dealing with problems and the world around me. Sometimes it just gets the best of me. You’re absolutely right that nothing would change if we all did that. Also, when I say I shut myself away from it, I mean that I don’t watch or read the news for a few days. Its quite overwhelming and often leaves me feeling helpless like there is absolutely nothing I can do to make a change in the world. What it all boils down to is that I do believe that everyone, including myself, is capable of making a change in the world. I am not talking about changing the world or starting some sort of revolution. I am simply saying that we can all change or influence people and our surroundings by just trying. If I didn’t believe that deep down that everyone is capable of making a change I wouldn’t be getting out of bed in the morning, going to work, playing in Praise and so forth. 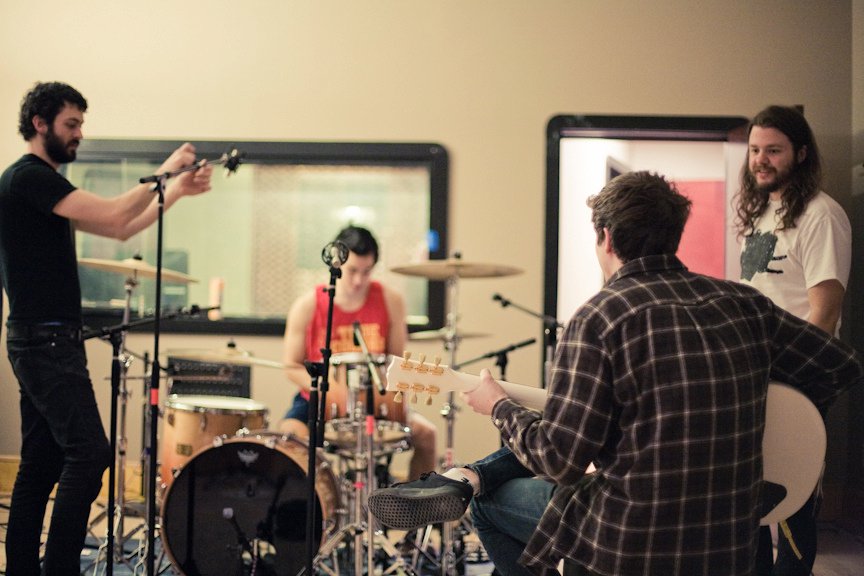 If I didn’t believe that deep down that everyone is capable of making a change I wouldn’t be getting out of bed in the morning, going to work, playing in Praise and so forth.

There are only two songs on the new ep. Are you all such slow songwriters? Or did you have the feeling these two songs belong together?

Our goal is definitely to write as much music as possible. We put out Two Songs because we wanted to get something new out and we didn’t feel we were quite ready to write a focused LP. Everyone has a lot going on in their lives so its hard to get everyone together to practice on a weekly basis.

I read on the Praise blog that you’re preparing to record a full length in the winter. Is there any chance of some European show when that record is out?

We are writing for a LP. We have about 5 songs written for it write now. We hope to record it in late winter or early spring of 2012 so its out by summer 2012 but you never know with our schedules. Id love to get to Europe but it wont be until after the LP is out.

Thanks for the interest in Praise!

Check out these websites!