I’m following Protestant for quite some time now (ever since Judgements). When listening to their new album In thy name for the first time I was a bit shocked by the change in musical direction. The band added black metal influences making their sound even harsher and more destructive. Curious as to why the band changed their course I contacted the band and had a chat with Cory von Bohlen.

You’ve been around for a while now. On In thy name the sound of the band has changed quite a bit, adding tons of black metal influences making Protestant sounding much angrier than ever before. I’m surprised by this change after having a consistent sound for quite a while. What caused this shift in sound?
True, we’ve been around for about 10 yrs. now. Well to be honest, its a lot of the same riffs/parts, we just play them differently or make certain elements a bit more obvious i guess. A lot of our riffs have been somewhat black metal-esque for a bit. I think in the end we just started writing in that direction, making everything less ‘pretty’, less ‘easy on the ears’ I suppose.

Funny how views can differ. I really feel the sound is a bit different from what I’m used to. Anyway, on the Suffering Mind split the songs are also a bit different from ‘normal’ Protestant songs as they are bordering on grindcore. Was this deliberate to find a connection to the Suffering Mind sound, who are grindcore all the way?
We did deliberately write a grindcore song, yes. We thought it was appropriate and fun at the time. Three of us used to play in a grind band and still listen to it a ton, so it was no real stretch. 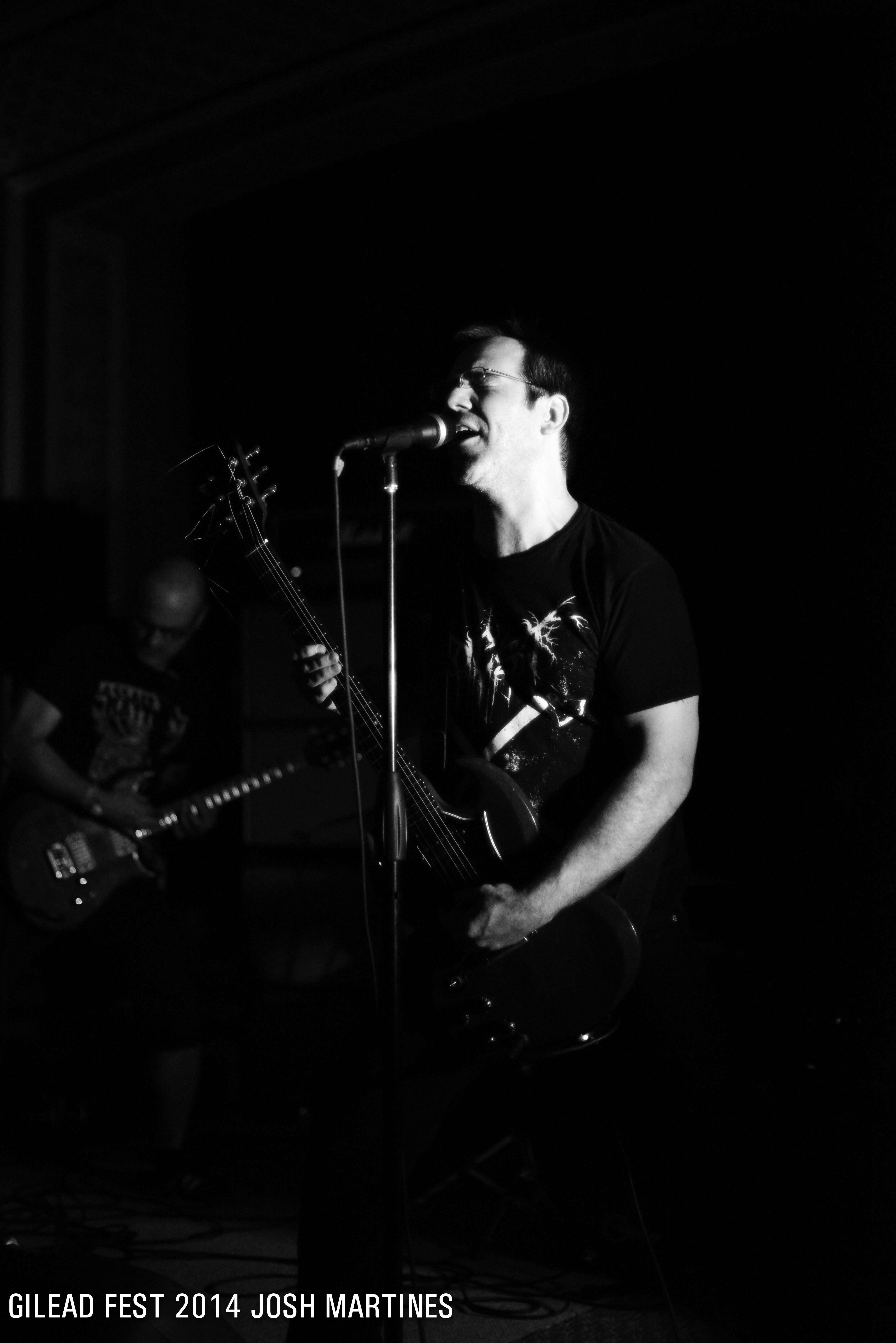 We purposely pushed everything as far into the red as we could with as little manipulation as we could.

The change in sound on In thy name also can be heard in the production it seems. On previous releases the production, the drums mainly, sounded a bit sterile, almost machine-like. On In thy name the sound is much more organic. Did you specifically aim for this effect?
We purposely pushed everything as far into the red as we could with as little manipulation as we could. Its actually quite cleaner than some of us might’ve wanted, though I think the end product works better than a ‘made to sound like a 4-track recording’ might. The drums always fight with the guitars, and while I don’t agree with you on the sterile sound of previous recordings, I see your point. We just wanted everything in your face all the time, as cliche as that sounds.

Well, that worked out pretty well! You’re recording with Shane Hochstetler for quite a while now. Is he something like an unofficial 5th bandmember?
Yes since the demo in 2005. He is definitely the best guy to work with and he definitely has his opinions on Protestant and how we sound, though he typically lets us do our thing. He’s a busy guy and hasn’t the time to babysit us. This time we told him ‘way more distortion’ and he was fine with it and possibly even stoked in the end. We love working with him and he seems to like us nearly as much.

I think the new sound should find a connection to the metal side of the scene. Is that happening now? Are metal-zines covering Protestant? Are you seeing a different crowd visiting your shows?
It has in some ways via reviews, and some coverage I guess. As for shows, we’ve played like 4 or 5 since the LP came out, but only one was maybe a ‘metal’ show. We typically play diy punk/hc shows, so we havent seen any real change in who sees us.
I think we’d need to play a completely metal/black metal show to really tell. That said, we dont look/act the part, so we might still look like outsiders… 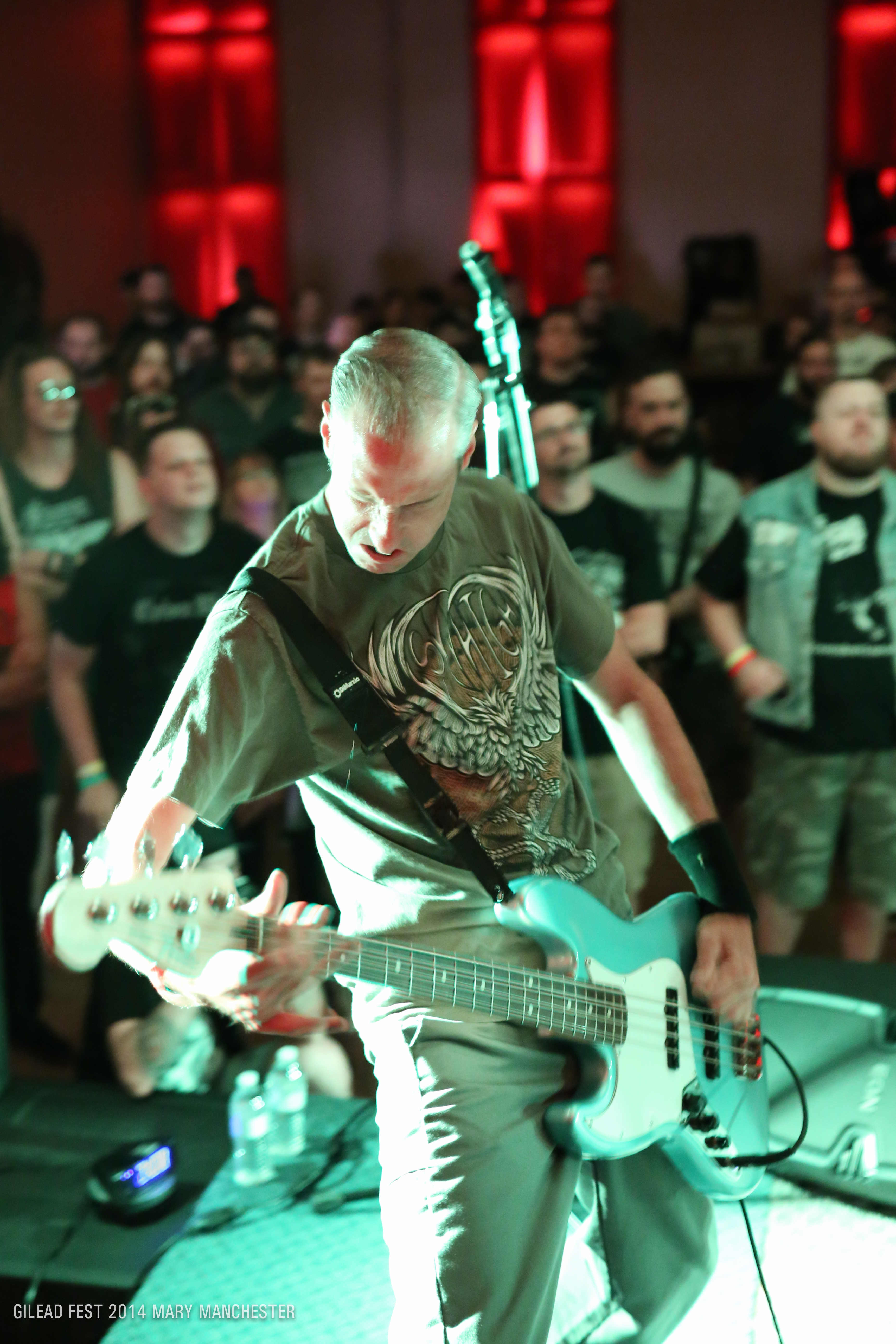 I hate recording and don’t really like writing, but it feels good to do both on occasion. I just like to play.

Stalemate had an explanation of the lyrics accompanying the record. Is there a general theme to be found on In thy name?
If there is a theme so to speak, it’s likely a feeling of disgust and a violent reaction to elements and actions in both our little world and the world abroad that, at least in part, shame the entire human race.

Speaking in general: what inspires you to write and record music?
Frustration. A need to exorcise those demons as they say. I hate recording and don’t really like writing, but it feels good to do both on occasion. I just like to play.

Next to playing in Protestant you also run a record label: Halo Of Flies. Do you think you can help out bands better as you know what’s going on in a band?
Yes to some degree. I understand how bands work to some extent, and I am used to waiting on group decisions, et al in that sense. I sort of know what bands ‘need’ i guess. Though all bands are different, so it’s different every time.

Which record are you most proud of releasing and why?
Wow, thats hard to say. I stubbornly released a US pressing of the Light Bearer ‘Silver Tongue’ DLP and that thing was an accomplishment in of itself just due to its massive size/cost/undertaking. I’m proud to have pulled it off.
The Northless ‘Valley Of Lead’ 10″ turned out great with its wood cover, etc. I’m always happy to make ideas come to fruition, so to speak. Perhaps some of my favorite records I’ve done aren’t the most popular, but I really love The Makai LP and the 2nd Malachi LP, two bands who were amazing and could’ve made more great records.
The Alpinist/Masakari Split LP brought two great bands together at their peaks and helped me meet the great people in Alpinist/Jungbluth/Svffer.
In the end having made records with people I continue to work with and be friends with is what I am most proud of.

What’s your view on the impact of internet on the scene? I’m asking because on the one hand you seem very active on facebook, but on the other hand have a band site that looks like one made in the 90’s and that doesn’t contain too much information.
The internet is insane. It’s mind boggling what one can do, find, etc. It’s a tool though. Just like social networking is a tool. Protestant doesnt need a nice website. We aren’t really trying to sell ourselves or compete that much if at all. What info people need to find, they easily can. The website costs like $10 a year, so there ya go. The label website isn’t much more, but the label is a business and I try to help people help me help them if you catch my drift. 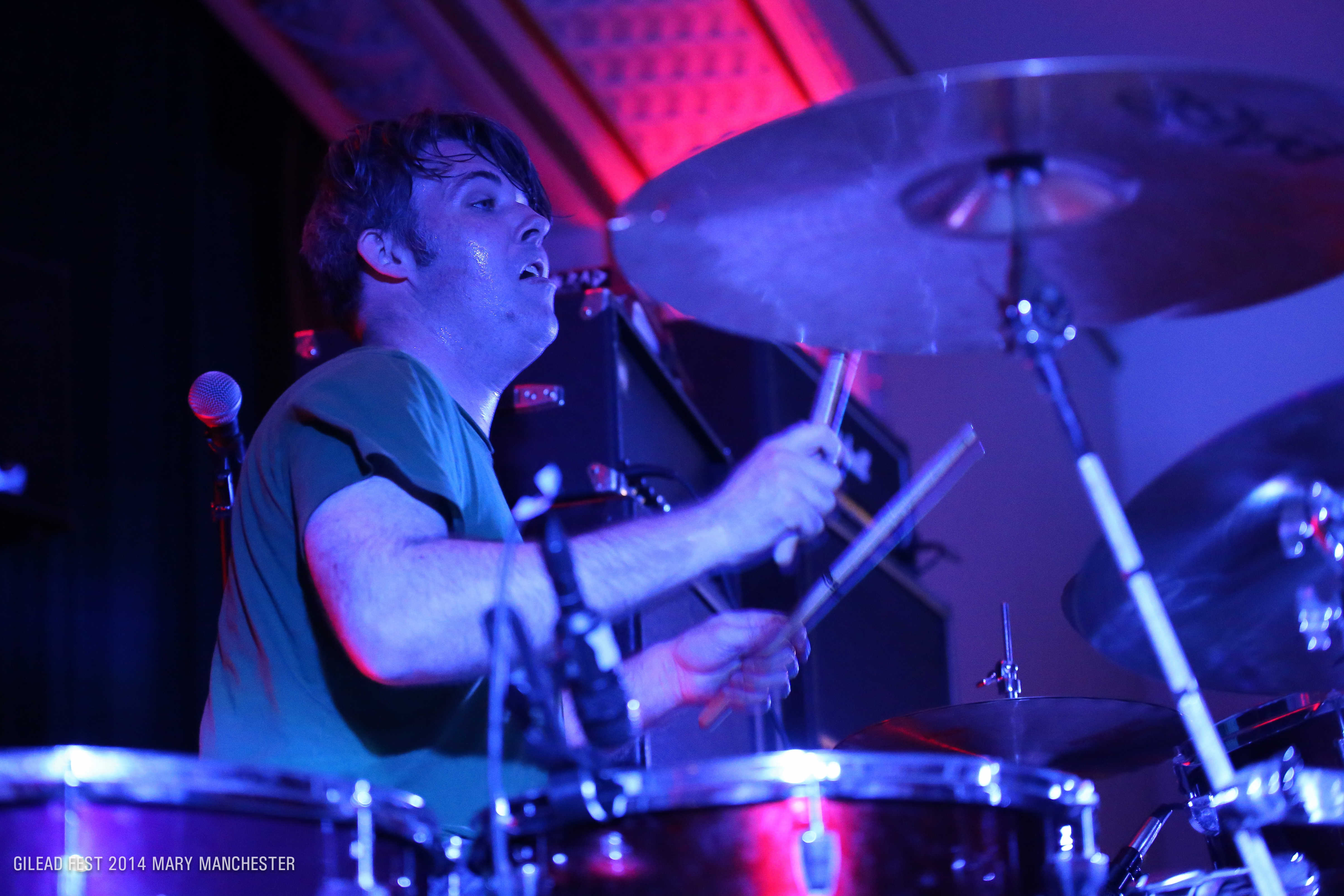 We aren’t really trying to sell ourselves or compete that much if at all.

Perhaps this is a stupid question, but don’t you need to sell yourselves in order to get more shows, to be able to play (for an audience that is)?
In theory, yes. Locally we could play every other week if we chose to, with the constant stream of shows/bands coming through town. And we don’t really tour often, so we’re in no hurry to play more shows or play with bigger bands or whatever promoting ourselves more would accomplish. We live in a fairly small city, and we are fairly small band. If we toured more, I’m sure we/I would be more aggressive on the promotion front, though I think we do OK regardless.

With Protestant you’ve been very active releasing at least one EP/split/LP a year. Is that some sort of strategy or is this something that’s necessary to get all your anger of your chest for example?
No strategy really. Sometimes it lines up with our plans or tours, but honestly we rarely have plans or tours to coincide with releases, it just happens that way. Often its me, using the mind of the label person, that effects those decisions.

I know it’s almost like ignoring the record you’ve only recently released, but what can we expect from Protestant in the near future? Already new stuff on it’s way?
It’s ok. I’m not sure for plans. We have few plans really. If there’s anything we have in mind it’s undecided and very tentative at the moment. I imagine we’ll tour at some point somewhere and write another record of some sort in 2015.

Anything else you want to share with us?
Thanks for the excellent interview and the review. we/I really appreciate it!!
For those reading, pick up our LP if ya like and support local bands/diy touring bands/local records shops/distros whenever and wherever you can.