Any zinemaker knows there are bands out there who respond very fast when you send them some questions for an interview, other bands work on a slower level or don’t respond at all. I initially send some questions to Vic from Rearranged two years ago, but never got them back. After setting up a show for them in 2010 and being his Facebook-friend I thought it was time for another attempt so this summer I send a new bunch of questions. Once again it took some time to get them back, but lukcy for you the reader I kept stalking Vic and you can read it all here.

First of all how did a Russian band end up releasing a record on a US based label?

React! was interested in doing a US-pressing of our LP but we agreed that releasing new material with them in the future would make more sense. The record was not long out on Anger Battery Records, a new UK-based label not many knew of, so we thought people would end up picking the React! version over the ABR’s one and this ending in Raf sitting on boxes of records. We focused on writing songs instead. The boss seemed to be into the demo-recordings of the new jams and it was just a matter of time for the record to see the light of day. 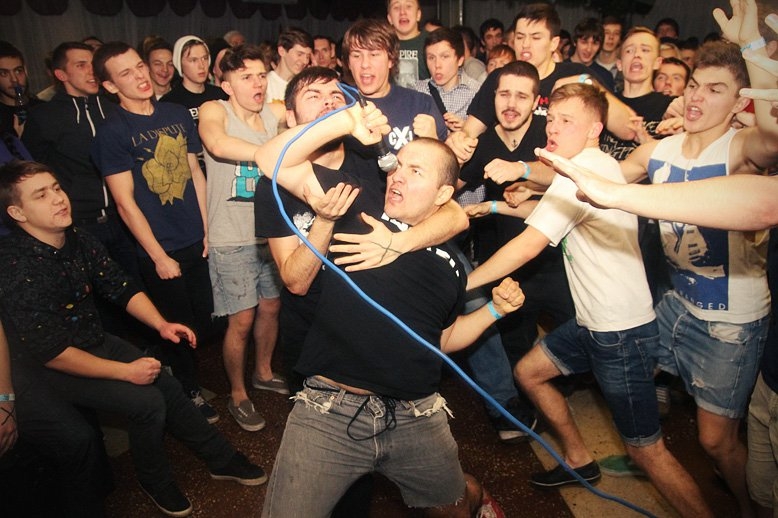 We’ve never been a touring powerhouse but always played a bunch in our city and I think that’s been slowly killing the band.

Are there plans for the band to do a tour in the United States? Are you going to tour Europe again?

We were supposed to tour the States last year but things didn’t work out. I hardly see a European, let alone a US-tour, happening. It implies a lot of money and motivation behind it, both missing at the moment. The band is not that active these days since everyone is busy doing other things. Some have girlfriends, some tight school/work schedules and I just don’t feel like pushing the other guys into doing anything. We’ve never been a touring powerhouse but always played a bunch in our city and I think that’s been slowly killing the band. It bums me out we didn’t get to travel as much as we could have. I enjoyed recording, practicing and all that, but live sets are what truly stood out the most for me with this band.

What are your personal highlights of last years European tour, what were the low moments and do you think the long tour has changed the band and its members, if so how?

Above all, I would say being on the road with your best friends. Also getting to play live every night. Meeting new people, people who wouldn’t hesitate to offer help or a place to stay without giving it a second thought. Fluff Fest was cool. Playing a bunch of shows with Right Idea was sweet too, they’re great guys. Being far away from family and home is most definitely a low moment. Lacking private space and being surrounded by people 24/7 would be the other bad aspect of touring I can think of right now. There were some ugly fights but that’s something inevitable taking into consideration one is glued to other people all the time. The show in Prague had a nice line-up and the general vibe of the event was great, but that day tension particularly arose and ended up in quarrel. Overall it’s safe to say that all the fun we shared outweigh the little negative that took place. I don’t think touring changed us as a band, rather unwrapped some personal qualities and made me realise that some can be more dicks than others. 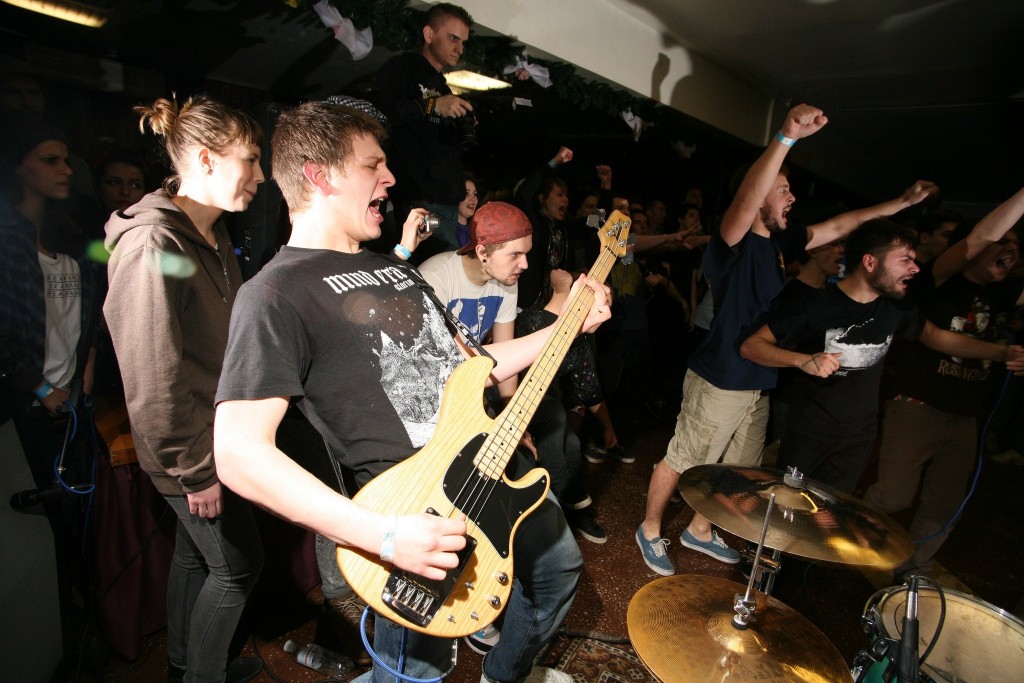 Kids are aware of the latest trends, they know where to get their Supreme caps and their Breakdown and Warzone shirts. You judge for yourself whether it’s a good or a bad thing.

Can you tell us a bit about the Russian hardcore scene, is it big or small. What kind of bands are very popular, how do the people get their records?
Uhm, I guess kids just buy their records like everyone else does? There are local bands putting out records, distributions carrying stuff and foreign acts coming over. Kids learned how to set up paypal accounts and are familiar with Ebay now, haha.

You have more bands that one could have thought of some time ago. The scene is big yet divided into different sub-genres as opposed to a smaller but mixed crowd, all attending the same shows from a few years back. I guess we’re just getting closer to the western ‘hardcore’ model. Kids are aware of the latest trends, they know where to get their Supreme caps and their Breakdown and Warzone shirts. You judge for yourself whether it’s a good or a bad thing. I wonder what’s the next big thing out there after the hype around NYHC is gone.

I don’t feel like dropping names but I do like a few Moscow-based bands. With that being said I can always enjoy a good live set even if the band is far from being right down my alley. Bummed Tusk are no longer a band from what I’ve heard. It’s a shame they didn’t even get to put out a demo, band was good. Think of some Infest mixed with a hint of Crossed Out and Mind Eraser. 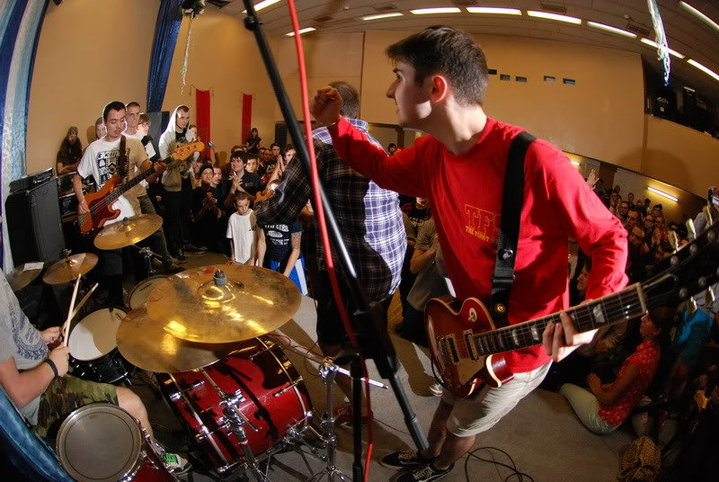 Freedom of speech exists, but just to a certain extent. Far from being as fucked as Belarus, we still have a lot to improve in the field, especially taking into account how much one hears about Russia being this developed country.

How is it to live in Russia in 2011. Do you think the country is still going forward democracy wise? Is the division between the rich and poor getting bigger or smaller?

Let’s take a look at some recent events. The electoral fraud that took place at the last Parliamentary Elections and the way the whole matter was covered by the media (where significant protests that took place in Moscow afterwards were pretty much ignored and had no or very little coverage in the news media) are a great example of how this country operates. You can’t expect much from television stations either run by the state, or by companies with close ties to it, but that shit here is a joke. They where trying to evade people from learning about the current state of affairs. Freedom of speech exists, but just to a certain extent. Far from being as fucked as Belarus, we still have a lot to improve in the field, especially taking into account how much one hears about Russia being this developed country. The centralization of power and high levels of corruption are both undeniable. Authoritarian tendencies are most surely noticeable, even more so with the whole power castling issue going on. But then, it’s also our society that is passively accepting that authority. Pressure for change is building and signs of discontent growing but are not strong enough to provoke change. Does the current political system represent me? Not at all. Yet I won’t deny there seems to be some sort of sense of stability but I believe it is mainly because the Eltsin-era is still remembered by many. The Nineties were a time when the newly independent country was hitting rock bottom and unpredictability was all around. Any way I don’t want to take the cranky stance as it is a very safe card to play but only the blind will ignore the fact that there’s something wrong going on in this country.

Somehow I still connect Russia with secret police, corrupt politicians etc. What are the good things about your country most west-european people might not know about.

Things west-European people don’t know about… That’s a good one and a hard to answer since you guys know all about the KGB, bears walking down the streets and vodka. This was supposed to be funny if it wasn’t for alcoholism in Russia being an escalating issue, animal abuse still an disturbing problem and the desire of arbitrary rule as prevalent as ever. I don’t know what to write here.

Can you tell us something about the new record, what are the songs about?

Well, I wouldn’t say it’s a new record since it’s been out for a while now. Or I guess it indeed was new when you send these questions but I’ve been a slow-fuck answering. Any way, the record features five songs touching a wide range of subjects. There are personal songs and songs giving some sort of reflection on the issue of death. Songs about questioning and putting upon doubt the things we a priori think are right in order to seize what truth and true knowledge are. There’s also a song about how much importance we give to everything material in this world and how essential it is to break free a dependence on buying and owning things.

After I got these answers back I hit Vic up asking him if Rearranged was breaking up, he assured me that’s not happening soon. All members have different things going right now but he hopes they will eventually pick things back up.