Meet Redemption Denied, one of the newer bands in Belgium that make people all excited about hardcore again. Vocalist Kasper speaks his mind.

You guys remind me a lot of old Death Threat. Was that a band you all had in mind when starting Redemption Denied or was this the sound that came out after practising together for a couple of times?

When we started out we really didn’t have any clue where we were going soundwise, I guess we wrote over 2 entire records worth of material that we didn’t use before we eventually ended up recording the EP.

No doubt that everyone has their own influences. When listening to old rehearsal recordings you can really set apart the songs that Davy and Joris wrote and you can easily distinguish that from where the rest of us eventually stepped in. But we never really tried to sound like anything specific. We just wanted to get to a point where we’d have a set of songs that we could all equally relate to.

I guess we’re all into Death Threat, so you might definitely catch a glimpse of that in there somewhere. 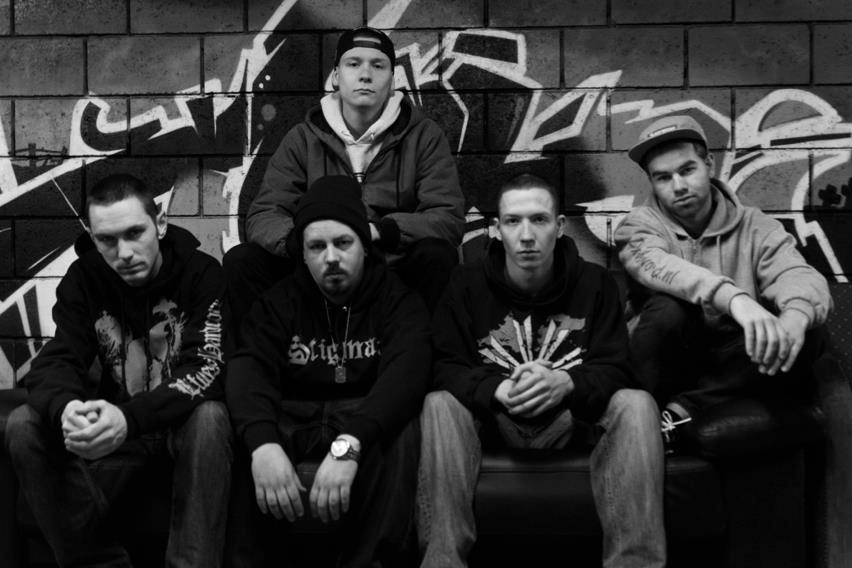 Truth is, we’re being fed the same things over and over again ever since our childhood.

When people talk about your band one thing that usually comes up is that fact that you guys actually talk about something between songs. Is that something you miss nowadays from lots of other bands and why is it so important for you to speak up on things you have an opinion on? What are topics you adress in your songs and on stage?

I don’t particularly miss that in other bands, but it’s just something that I’ve always appreciated myself ever since I first started going to shows. We all have to face spending the biggest part of our time amongst people that don’t seem to care about anything substantial. I’ve just never been able to relate to that.

I try to attend my share of lectures about a wide range of topics, and actually having someone talk about specific issues that we’ve been taught to consider as self-evident for such a long time can just offer a different perspective on a lot of things. Truth is, we’re being fed the same things over and over again ever since our childhood, in an effort to keep us supporting a society that claims to be built on values like freedom and equality but in the end is solely controlled by monetary gain.

Personally, I think it’s important to not lose track of what really matters and to maintain a certain amount of criticism at all times instead of immediately getting caught up in everything we’re told. I guess that’s why I try to make an effort to specifically stress that at times. It’s just crazy how some people will get upset when anything tends to get them out of their comfort zone.

Lyrically, a substantial part of the record is about having to cope with that. About trying to maintain a sense of what you’d like to consider to be right and wrong and while doing so, making decisions that in some way distance yourself from people that are close to you and finding yourself completely out of sync with what’s commonly acknowledged.

It can be hard realizing there’s only so much we can do and that things aren’t likely to change any time soon. We have to live with the fact that that’s the way it is, while at the same time adhering to what we believe in and refusing to be put down because of it. 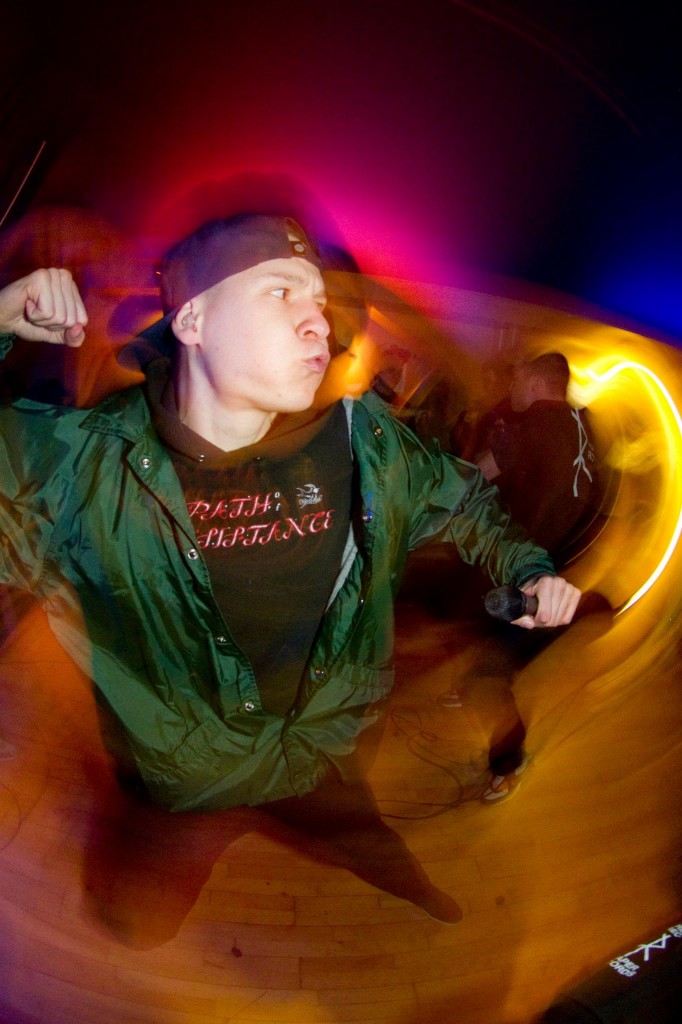 With some of us being in three bands it can be a real hassle keeping a slot in your schedule to be home or to make time for other obligations.

Obviously, playing in multiple bands means you tend to get around easier. You get to go places, play twice or three times the amount of shows and meet a lot of great people. That definitely helps out. But it also means that you’ll have to make concessions at some point.  As for shows, it’s just a matter of staying ahead of everything and making sure that you know what’s up at all times.

So far we luckily didn’t have to miss out on too many shows but it happens. With some of us being in three bands it can be a real hassle keeping a slot in your schedule to be home or to make time for other obligations next to going to college or working a full-time job. But everyone in any of those bands is either really motivated or just plain crazy so we get everything to work out most of the time.

The 7″ was released a couple of months ago, how are reactions so far and what has the band been up to ever since.

The support we’ve had so far has been quite mind-blowing. Abroad as well as back home. The record did great, that definitely rules. It’s great to see that a lot of people seem to have really gotten into what we do and it’s best thing in the world to have some of them actually making an effort helping us out.

Davy sadly decided to move to Australia to test his luck Down Under. It sucks having him moving out but it’s something he really wanted to do so we have his back. Joey’s brother Timmy was immediately down to take over, they’ve been in bands together for years so everything kind of came together instantly.

We’re working on some new material right now and we’ll be heading out to Scandinavia to play a few dates in Sweden and Finland in September. Save My Soul Records did a great job getting the second press of the EP ready for us in time. We have a few weekenders lined up aside from that as well so I reckon we’ll have a thing or two to look forward to before the year is over. 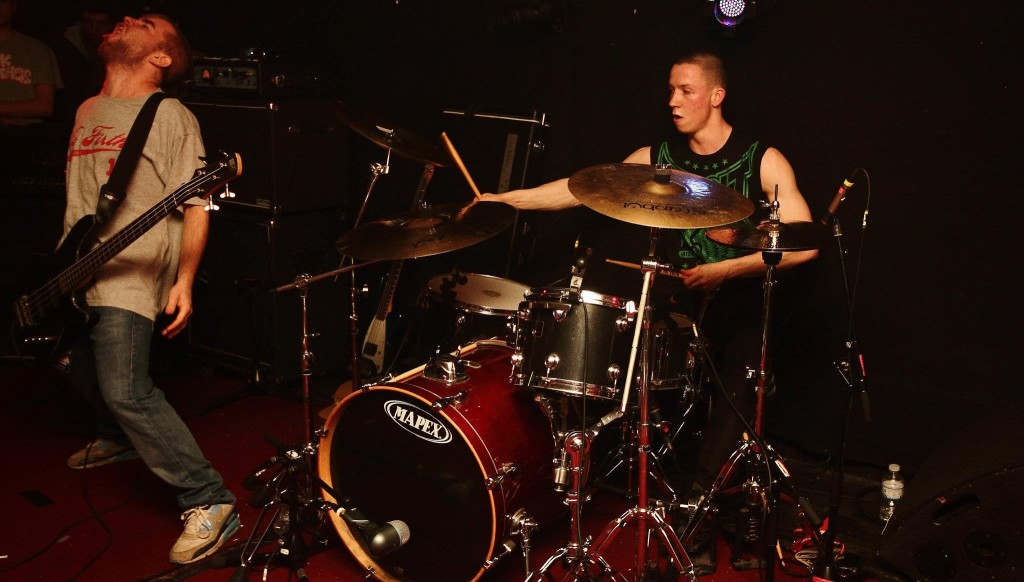 Some bands or places will always draw a different crowd but we’ve played together with all different kinds of bands and the atmosphere has always been really cool.

From what I hear the Belgium scene isn’t as vibrant as a couple of years ago. But you guys still have bands around like Rise and Fall, Oatbreaker, Not Afraid, Blindside, Blade, Midnight Souls etc. What is different now from years ago? Has the ‘scene’ got more divided? Are there too many shows? Or do you think things aren’t that bad at all.

I personally think Belgium’s doing great at the moment. We might’ve had a short while with fewer bands etc. but I guess that the people that make a big deal out of it are the ones that don’t show up at shows that often anymore or that just kind of lost track at some point. Of course it’s different from a couple of years ago. We’ve been lucky to have our share of really awesome bands over the years and of course there were shows that still seem unreal thinking back. But we have so many cool bands around right now.

Rise And Fall put out a great record last fall and have been touring and playing all over, Oathbreaker just came back from the US, A Strength Within spent a lot of time abroad, Overlord… Not Afraid is sick, Blindside will be heading out to do a few dates with them as well.

Coolest thing is that there are a lot of great new bands. The fact that we’ve had such an amount of shows over the last year definitely had a hand in that so I wouldn’t say that’s necessarily a bad thing. Some of them are really motivated and it just makes sure everyone gets their chances at some point.I think that as of recently, a lot of people are just actively getting involved again.

A lot of new people booking shows, doing labels etc. Some bands or places will always draw a different crowd but we’ve played together with all different kinds of bands and the atmosphere has always been really cool. And eventhough there are a lot of shows it doesn’t seem to keep people from traveling to shows further away so that’s great. Hard work pays off.

What have been your favorite shows this year so far and which bands should definately make it back to Belgium soon?

In no particular order: Any Cold World show, Backtrack, Crawlspace, Cruel Hand, Trapped Under Ice/AYS, Karl Kivler Benefit, Lifeless/Look My Way, Terror/Naysayer/Brutality Will Prevail. Vlamrock was great this year as well. Any show we did with Guilty. Last one with Rhythm To The Madness in Schoten is definitely among my favorites.

A lot of tours got cancelled recently, (Soul Search/Stick Together, Expire/F&I, Dead End Path/Power Trip) would love to see any of those making it over.