Who would have thought the new band with ex-members of 88 Fingers Louie would become one of the biggest punk bands ever (it doesn’t tell everything, but 2.426.505 followers on Facebook is quite a lot)? A band that isn’t afraid to speak out on subjects as homophobia and racism. Rise Against frontman Tim McIlrath always has some meaningfull things to say.

In the artwork of the new record Endgame you recommend some books, also in the booklet are the lyrics to all the songs which are probably as important for people to understand as the music at itself. In an age where a majority of listeners download their music how do you think you can get the message of your songs and your band across without doing spoken words of 30 minutes before every song?

It’s not easy. It’s a tricky balance that I don’t claim to have figured out.  In addition to trying to figure out the appropriate vehicle to transport your message, you then have to make sure you aren’t preaching to the audience or trying to shove anything down their throats. Nobody comes to a show to hear that. You have to stay off the soap box, stay off the pedestal, not be self-righteous or condescending. It’s a lot to do and I’m sure I have failed miserably at times in the past, but it’s a learning process. We learn everyday how to strike the balance, and when it works, its fucking beautiful.

We learn everyday how to strike the balance, and when it works, its fucking beautiful.

‘Endgame’ is  about a world that has run its course and an entirely new start. Can you give examples of this new start that you have witnessed yourself on tour and at home?

This new start will happen when the world that is born out of the ashes of this one learns from our mistakes. The presumes it is too late for us. All we can do is hope that our legacy will be the example of how now to be a civilized people. Living at odds with nature instead of in harmony with it has not, and will never work for civilization.

‘Endgame’ could also be a great way to summarize the control of certain Arabic leaders. Do you follow these uprisings? Do you wish as a band you could help these people?

It’s been incredible to watch the revolutions happening in the middle east. I think many part of Endgame can apply to what’s happening there, but specifically the song Architects. Architects discusses the generation of leaders and activists who worked hard to design the world we live in today and many of the freedoms we enjoy. It’s asking if our generation is creating those architects here, now, today. Often times, cynicism is the only real currency of a hipster society. That cynicism is stagnating and paralyzing. But it’s encouraging to see those Architects on the streets of Cairo, or even in Madison, WI. 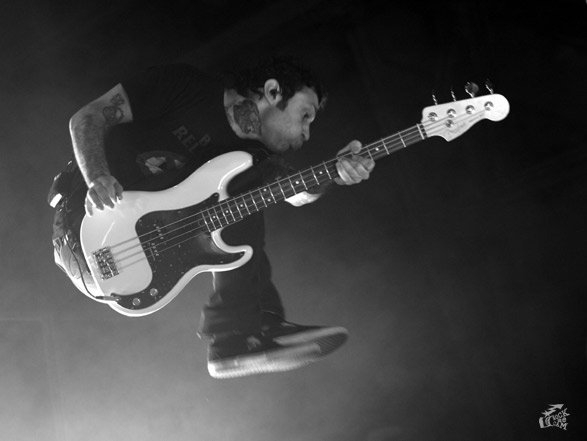 Living at odds with nature instead of in harmony with it has not, and will never work for civilization.

A lot of people hoped the Obama administration would bring about a change. Being citizens of the USA what’s your opinion on Obama so far. Has he lived up to your expectations? What do you think of the rise of the Tea Party? Is it a thread to the United States?

Obama has accomplished more in two years than what many Democratic presidents couldn’t do in four. Repealing Don’t Ask, Don’t Tell, refusing to defend the Marriage Act, attaching predatory lending, getting a foot in the door of real meaningful healthcare reform, and legislation that attempts to deal with financial reform.

None of it is enough, but they are great starts. Part sof Obama are far more centrist or right-leaning than I would have liked, and I wish that his administration held the previous administration more accountable for many of the things that went wrong in those 8 years. Everything from a stolen election, to an illegal war, some of those motherfuckers should be in jail.

The Tea Baggers are all of the shitty parts of America culminating into a cesspool of racist, privileged, white people who have been duped into becoming puppets of the ruling class elite of wealthy America. Far right-wing groups like this are nothing new, and I think at some point the monster that’s been created will turn on it’s master and fracture the right wing.

‘Make It Stop’ is against homophobia. Do you feel homosexuality is still not accepted within the punkrock scene? What can bands and people do to create a healthy situation wherein homosexuals feel more welcome in the scene?

I think the punk rock scene is a very accepting place, but I found Rise Against sometimes bleeding outside of the borders of the punk scene at some of the festivals we were playing, and in that broader rock culture I feel like homophobia is still an issue. Rock is a male-dominated, macho, testosterone driven event for the most part. If we are there, we can put water on the fire. I want people to know that the Rise Against community is an all encompassing environment open to all walks of life. If you’re not into that, then maybe it’s you that is not welcome at a Rise Against show. 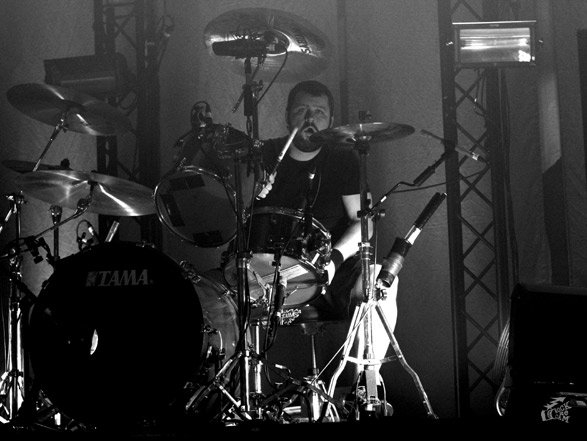 I want people to know that the Rise Against community is an all encompassing environment open to all walks of life.

Architects is about historical figures of civil rights. Before his election one could argue that Obama is going down in history as the most recent leader of civil rights. So where did he go wrong?

He will still go down in history as a huge stepping stone for civil rights, I don’ t see that changing.

Other people see Julian Assange (WikiLeaks) as one of the most important people of this age. Would you agree on that?

I agree.  WIkileaks is merely the obvious by-product of corporate-owned media that has stopped giving the people real news. News media is only concerned with making money by selling hype and polarization, and the people are hungry for real news.  Their lack of reporting has created a vacuum, and wherever there is a vacuum, something will fill it. Wikileaks is the unfettered dispersal of the real story. Hillary Clinton said something about Wikileaks tearing at the fabric of government. I say we need more things that tear at that fabric. It’s all about accountability, and I’m for anything that holds people accountable for their actions.

How do you feel about having a band like Bad Religion opening up for you on tour. Isn’t that weird having the forefathers of melodic punk rock open up for you or is it one of those childhood dreams come true?

Yeah, super weird. Things like that never get less weird. It’s so awesome. Sometimes it’s hard to even adequately grasp. It certainly falls into the “childhood dreams come true” category. It’s an honor that they would even consider it.

Watch the video for Make It Stop here: