Setback is a DIY hardcore band from NYC which has, on and off, been around since 1991. Edwin interviewed them to get their perspective on things old and new. Founding member & bass-player Pete, singer Phil and drummer Benny give us the lowdown.

Setback was around from 1991 to 1998. What made you guys decide to start the band again?

Pete: Around 2008 our friend Joe at Black and Blue Productions asked us to reform to do the Black and Blue Bowl (Super Bowl of HC) and we were just gonna play that one show but we started having fun playing writing new songs and we just kept going.

Was it, like the title of yer comeback CD suggests, a feeling that there was some ‘unfinished business’ left?

Pete: Exactly, ‘Unfinished Business’ was chosen as the title cause we really felt that we had some unfinished business and needed to drop something new and something good since it was about 12 years since we dropped anything new.

Your previous singer Bundy was replaced with new singer Phil. From what I read there’s no bad blood, which is good. Is Bundy still doing anything musicwise and do you guys keep in touch?

Pete: No, no bad blood. Bundy was a friend before he joined the band and is a friend since he left the band. We still keep in touch and he is doing hip hop on Ill Roc Records these days.

Phil, did you worry about having to take over from Bundy, in regards to how people might react to a new singer? How have reactions been?

Phil: There are so many big things to worry about in life, the thought of that question never crossed my mind, I just want to have fun. 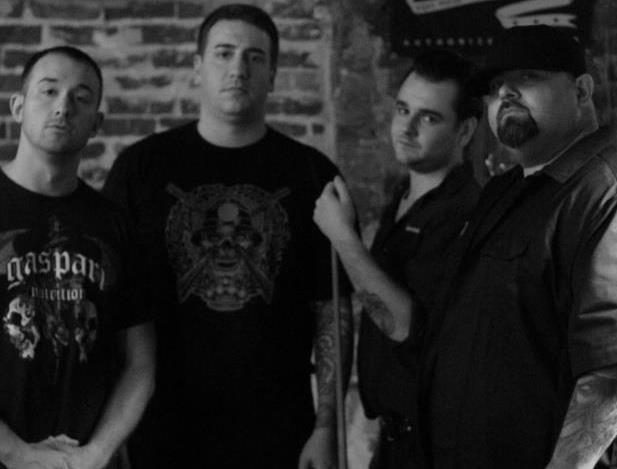 We really felt that we had some unfinished business

You guys have been around for a long time. How do you feel about the current scene compared to when you first got into it? Any local new bands you’re into?

Pete: Things are different, new clubs, old clubs that are gone, younger kids these days. Honestly I think the scene was better when I first got into HC, but the past is the past. As far as local bands Abject is def worth checking out and have a good sound, shout out to my boy Chucky who plays bass for them!

Benny: I hear too much about whats wrong with the current scene, I’ll try to comment on what I feel is working. Compared to when I first started going to shows in the late 90’s there seems to be a greater variety of bands sharing the bill. We’ve shared the stage with bands ranging from punk, sXe, bordering on death metal and everything in between, and have been received quite well regardless of the crowd. A lot of kids still just wanna go out hear some good music, dance, and not worry about how whack the scene is compared to back in the day. That energy helps keep me going.

What bands/artists have influenced you the most as a musician?

Pete: Wow, so many, def AF, Cromags, WarZone, oi , punk and some metal as well, way too many to list here.

Benny: After listening to some older Metallica tapes, I found my way up to the attic in my grandma’s house to play my uncles old drum kit. Heads were broken and had to be taped together, the snare stand wouldn’t stay up so I had to hold it between my knees. Many years later I would be using the same technique to get through my first gig with Setback. It was Madball that got me into playing the NYHC style. Some bands that continued to influence my playing are Breakdown, Leeway, All Out War, and Ringworm. More recently I began following Jason Bittner from Stigmata / Shadows Falls who inspired me to re-learn to read music and play (somewhat) on time.

Setback is very much a DIY band, releasing your own records. Was this a conscious decision or did you look for a label?

Pete: We were looking for a label years ago and just figured it would be best to do it DIY style and release ‘Step Up Your Game’ on our label Crash Course Records as we did with Unfinished Business in 2009.

I read on your Facebook page you’ve been busy trying to help out people in the wake of Sandy. Can you describe the situation out there? How has it affected each of you individually?

Pete: Yeah I have been helping out after Sandy, really bothered me that people 15-20 mins away from me lost everything, still have no heat or power and our Government has done very little to nothing to help these people. There are a lot of people helping, donating water, food, clothing, their time etc, I just wanted to do what I could. I know if it was my family, my friends and my neighborhood suffering I would want someone to help us so just doing the right thing, considering I never lost heat, power etc, its the least I could do. My wife has been helping me and Benny Beats came down with a few friends recently to help the cause even though he had no power at his house.

Benny: It was a rewarding experience being able to offer help to those affected by Hurricane Sandy. We drove through Howard Beach into Broad Channel sighting graffiti that read “Where is FEMA?” It awakened compassion inside of me and I saw the ability of human beings to come together and help one another in a time of need. We did notice one guy from FEMA in Broad Channel in a parked truck; he appeared to be taking a nap. The residents still in the disaster areas were happy to see us with our donations but I think more importantly they were touched that we cared.

What’s in store for Setback? More records, any chance of a tour?

Pete: We have a few shows this month and next month that should be good, I def want to put out another record, but I dont think that will be for a while since ‘Step Up Your Game’ came out about 5 months ago, as far as a tour who knows? If the right circumstances arise it could happen.

Pete: Edwin thanks for the support and your time. Thanks to everyone out there that has helped us out in any way over the years!