After listening to Lost in Tartarus, Shevils latest album I decided I had to ask ‘m a couple of questions. Just to find out who’s behind this energetic band. So I had a chat with guitarist Andreas Andre Myrvold.

Please introduce us to Shevils! Should we know you guys from other bands that you’ve played in? And how did this band get formed?
Well, I guess some might have heard of Anders Voldrønnings previous band Silence the Foe, and me myself also play in an indie act called Ludvig Moon, which is still up and coming. Apart from that, all of us have played in minor bands, but I guess you can say this has been our main project since we started this in 2010. At some point right after our first album Anders came into the rehearsal room and said “You know what; fuck this slugde-thing, let`s play hardcore”.

Just wondering: there’s two lads that are listed as live members only. Why not just make them full members of the band?
We just happen to know a lot of really cool people, who also happen to be excellent musicians. That means they are busy all over the place in a lot of other projects as well.

You’ve released another album and an EP (plus a couple of singles), what did that bring you? How where they received?
The first album was barely noticed by anyone, but I still think it was a decent record. The EP and the singles got some awesome reviews and we were quite happy with it ourselves, and it hinted that we were on the right track. Although, as they all say; who cares what the critics say? Heheh… 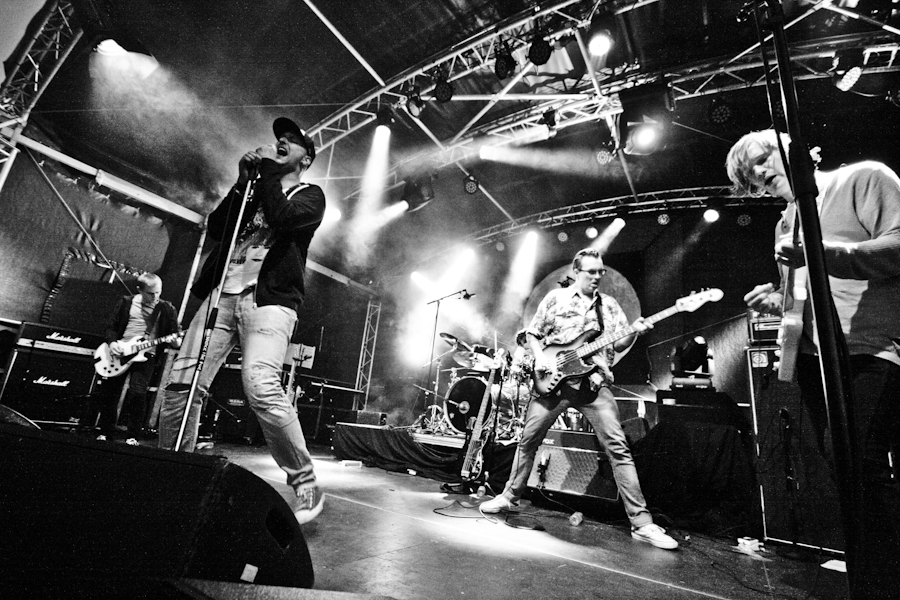 we were quite certain that we were gonna get a bigger crowd than the three guys buying tickets last time.

Well, thank you… Your new album Lost in Tartarus is very well received. You were kind enough to point out a couple of very positive reviews to me. How does that make you feel?
When the first couple of 10s and 6s arrived on the internet, it felt quite surreal. But now, a week or two later, we`re back to being the good old jaded ourselves.

Do those reviews open new doors for you? Does it make it easier to tour for example?
The first show on the tour was this weekend in Halden, a medium-sized Norwegian town, at the same venue we played two years ago. Ahead of the show we had already sent our posters and got some coverage in the local media, both in papers and on the radio, obviously because of the superb feedback in the reviews. So we were quite certain that we were gonna get a bigger crowd than the three guys buying tickets last time. And how right we were; this show I guess we had twentyfive people in the audience. As anyone can see, new doors are opening as we speak, the number of fans in Halden have quadrupled in the last two years. But seriously, we still have to borrow matchbox-sized cars when we drive to the shows. It would have been nice with a night-liner, but we`re saving the real complaints until we get a bit bigger.

Well, that is progress for sure… Do you feel extra pressure when you’re writing new songs, knowing they will have to live up to certain expectations now?
Hehe; you are building pressure when you ask about it, so maybe yes?

You’re welcome! Now that we’re talking about writing songs, how does that work for Shevils?
Riffs are written mainly by Christoffer and me, but all songs are completed at our rehearsals and in the studio. Everybody brings their own melodies and rhythms to each song. We just agree on the best ideas, trying to put aside our massive egos.

Who or what inspires you to do what you do?
Assuming that it is music we`re talking about; I´m into this for all the wrong reasons by now, but my goal when I started out as a musician was to make something that didn’t sound like everything else. Of course, it`s impossible to not sound like something else, given that we use regular instruments and write songs with a pretty straightforward structure. The sum of what you experience and see and hear and so on makes you what you are and what you make. I like junk food and classical music. 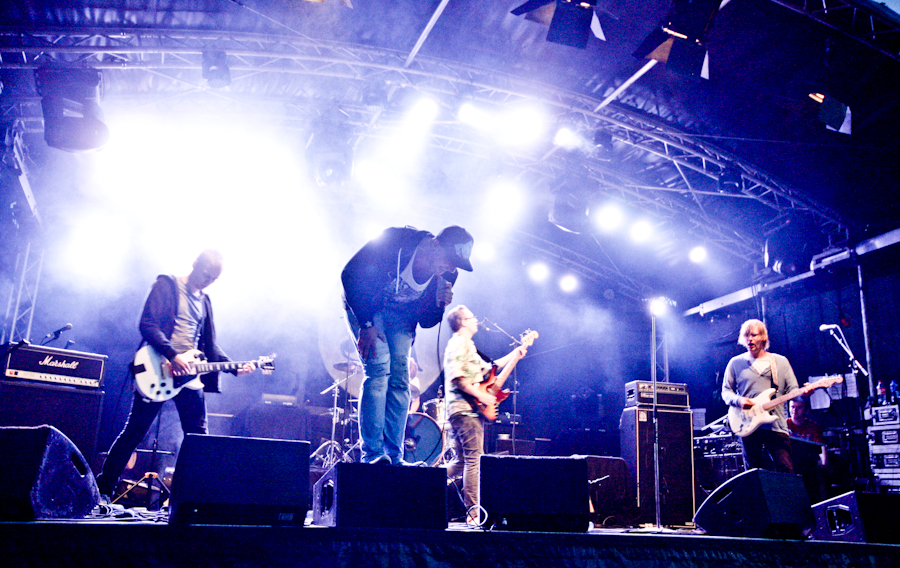 We just agree on the best ideas, trying to put aside our massive egos.

I’ve admitted it before: I’m a lazy bastard when it comes to lyrics. Vocals are usually an extra instrument to me, so it’s rare that I pay extra attention to what a singer has to say. Especially when I don’t have lyrics accompanying a release. What subjects are dealt with in Shevils lyrics?
Anders Voldrønning wrote most of the lyrics on the new album. Most lyrics are about frustration. The previous releases had pretty much the same themes, although a some of the lyrics were direct transcribes of dreams I had at the time, so I guess they were a bit less straightforward. I`m a lazy bastard when it comes to pretty much everything, by the way.

Hehe, we can shake hands on that… Please tell us something about the recording process. Why this studio (you’ve worked with them for the Necropolis EP)?
We chose Engfelt/Forsgren studio because previous experiences convinced us that Marcus Forsgren was the right man for the job. Actually, the recording process was surprisingly uneventful, except from that it took a lot more time and energy than expected.

Lost in Tartarus is self-released, is that a conscious choice or do you have a hard time finding a label to release it?
We chose to release it ourselves because we want to share it as fast as possible, instead of waiting months for someone to maybe pick it up.

As far as I can tell you’ve only played in Norway so far. Are you planning something big to promote this album? Or, in other words, when can we see you guys live on a stage nearby?
We hope to play in shows in continental Europe in the future.

Looking forward to that! What do you hope to achieve with Shevils? What’s your dream and ambition?
Shevils is supposed to supply a handful of people with meaning into an otherwise confusing existence. What do you suppose? I would like to dream of (and achieve) the following: artistic satisfaction, recognition, money, free drinks and all that.

I’m curious now: what’s up with the cyclops girls? I see them on both Necropolis and Lost in Tartarus…
I guess you`re familiar with Plato`s cave? It is what girls look like in their true form.

Oh shit! Allright, that’s it for me… Anything I forgot to ask you?
No.