They describe themselves as a mixture between Breakdown, Leeway & Only Living Witness. You should know by now that descriptions like that grab my attention like nothing else does. Like that mix suggests Slow Burn is a heavy NYHC sounding band with lots and lots of groove. Let’s see what Nesto (the singer) has to say, so read on while you press play and get your groove on.

So what’s up over there?

Not a lot. Class is out for summer. That’s a plus, but I could do with a lot less annoying bugs and blistering heat. whatever

Let’s start with the most generic question of all time, who’s in the band? And any bands we might know you from?

Tyler plays guitar, Corey Williams on drums, Alex Costello on da bass, and Nesto(me) on the mic. A few of us play in another band called Losing Vision from Sarasota-Tampa FL area. Check that shit out here. And if you don’t want the actual cassette just download it here.

Where does the name Slow Burn come from?

Well, we threw around a couple ideas, but most were a little too corny or boring, hah. I know that band White Devil has a song titled “Fireburn” and we jam that a lot. We were looking for something with only 2 words, short & simple, I guess. It wasn’t already used so we rolled with it.

You promoted Slow Burn as a band for fans of Breakdown, Leeway & Only Living Witness. Since I’m a sucker for Only Living Witness, probably one of my favorite bands (not that Leeway & Breakdown aren’t great, we covered Rise And Fall with my band), let’s talk about that. Since more people need to know about that band. How did OLW influence Slow Burn?

OLW is the most underrated 90’s band to ever exist. I discovered Prone Mortal Form about 2 or 3 years ago (yeah I slept way too long) and couldn’t get off it. I also just got my ears on the older self titled 7” which is absolutely retarded. IMO that band is the perfect blend of crossover and a groovey rocknroll jam….if that makes sense. I’ve seen videos and heard of a few bands opening/covering OLW but usually only prone mortal form, not that that song isn’t extremely awesome. I think Bitter End did the intro to it a couple times and I know Twitching Tongues does the whole song pretty damn good. We do the intro to their song called “Twitching Tongues.” That band is an all around great piece for hardcore. That’s the end of my rant on OLW, sorry.

As for other influence, some of our favorite records are Desperate Measures, Born To Expire, LOA – (more Ugly than RRR), East Side Story/Superlife, Just Look Around, White Devil -Reincarnation and definitely Breakdown-more “Blacklisted” than anything. We actually do a “Jail of Depression” cover. I personally also listen to some weirder goofier stuff that I kinda spark ideas from, as well as a little 90’s hiphop ie: White Zombie and Nas for a light example. haha.

So what are the plans for the band, I read somewhere there’s a demotape coming up?

Yeah, our drummer actually has gear and can record pretty good quality stuff out of his room. We got 2 songs from the demo online and up for download on on our bandcamp. We have a 5 song demo finished that we will be recording very soon, as well as hopefully printing a tee or two. No clue on how the demo will be released, but ideas of a tape are up in the air. We’re definitely looking for any sort of help with a release though. For now, just playing a show or two a month with that, and hopefully planning some kind of small tour for next winter-spring.

What’s your favorite Slow Burn lyrics and why? Doesn’t matter if it’s a line or a whole song.

No favorite really, but I guess:

because I think it’s pretty important to think and live for yourself. A lot of times people (like me) unintentionally let other people or habits guide their actions or lead their lives and wind up without the ability to make their own decisions, or follow through with plans/ideas, or find success or even have their own opinions. We get so distracted by “the fun,” or making a certain income, or people bringing you down, or just mere laziness that in the end you get nothing done, you’re still complaining about the same things, and no one in the real world is gonna come hold your hand and help you through it.

I guess the line to me, expresses a reality check everyone finds at whatever age where I realized I had to solve my own problems and work for my own goals instead of depending on anything or anyone else for guidance. What are you fighting for if you’re not taking it into your own hands? There is an excuse for everything, but if you hide there every time, then you become dependent, not accomplished.

So what’s the one thing people should remember about Slow Burn after reading this short ‘interview’?

That our first show is June 19th with Skarhead in Tampa at The Brass Mug also with our friends in a new band called Headless Dogs. Besides that, keep an eye out for a finished demo and more shows coming asap.

Any other bands from your area we might not know about yet that we need to check out?

And to step away from the music for a second, if you could change anything in the world right now, what would it be? Remember, world peace can’t be done.

Hahaha, I like that one. Ummm, I don’t know? Probably cheaper tuition and easier options for earning a degree.

Why would anyone start a band?

Because starting a hardcore band is so easy, and an awesome time. There are no age restrictions, or dress codes, or gender/race conflict, or hardly any rules. Especially in this age, where the internet gives you access to LITERALLY almost everything ever recorded, how could you not find influence, ideas, riffs, lyrics, art for new hc bands. Even if it’s not a band but a zine, label, printing shirts, making designs, blogs, interviews, promoter, booking agent, whatever…A lot of it takes great time and effort but it’s not like it isn’t easily accessible, Like you said, it’s DIY. So “get off your ass and get things done.”

Shoutouts to all above mentioned fla bands, all our friends from all over FL, wrongworld, DON, Tom and Significant Records, stuck in the past blogspot, headcheckhc blogspot, Pim & SWNK, IFPLT, Tampa Hardcore, 2011, “strong roots, big tree” 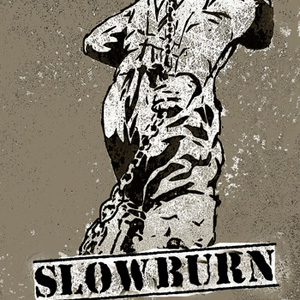