It’s not been too long ago since I first heard of Soul Power, a fairly new groovy metallic hardcore band from the Netherlands. Fast forward a few months and now they are about to release their four song demo. Time for a little chat with frontman Arjan.

What are you up to?
We just recorded our first demo plus we got a couple of really cool shows planned in the near future. Things are getting pretty fast right now since we only exist for half a year. We all love NYHC with lots of groove and that’s also what we want to play with Soul Power.

The bandname Soul Power kind of reminds me of Lion of Judah, which isn’t a bad thing at all. How did you come up with that name?
Soul Power refers to inner strength we all need to obtain our goals. Besides that, it’s also a song of Wu Tang Clan and most members of Soul Power like hip hop…. there you go.

You have recently played your third show. How is the response so far?
We can’t complain. We’ve had cool responses so far and with a nice amount of shows in sight we’ve got a lot of chances to show ourselves to a larger audience. We also have the advantage that we all have been in other bands before Soul Power (This Routine Is Hell, Outlive, Hard Rain, Haribo Macht Kinder Froh) so I think that’s why people are curious to see us.

You have been in Hard Rain before. How is that band different from what Soul Power is about?
With Hard Rain we had more or less the same approach: to play NYHC with groove. The big difference now is that I’m by far the oldest guy. I’m like ten years older than the others. 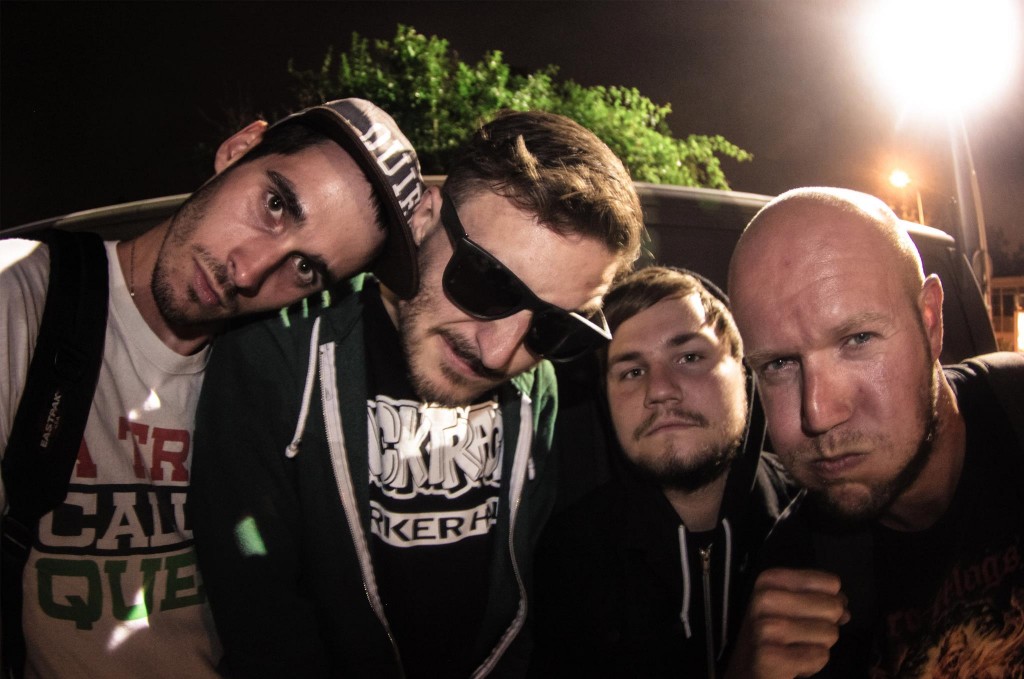 I have known you as one of the most positive and excited people in hardcore. What are your thoughts on the current state of our scene? Do you think people are too negative?
I don’t think that there is something wrong with the scene or that people are to negative. I do think there are not enough young kids involved in the Dutch scene. We need a new generation of young kids to give hardcore a new impulse in Holland. I have been to Belgium a number of times and there you can see the difference. Shows are packed and kids are going off. The reason for this is the large amount of young kids that are involved in hardcore over there. As a consequence of the lack of new kids, there are not as many good bands as five or ten years ago. I was a big fan of bands like Icepick, Restless Youth, Abusive Action, Downslide, Know your Enemy and No Denial. Those bands quit and there were no new bands to replace them, which meant less shows and less good shows.

Also, I think that the ‘old’ people are perceived as negative, while they are not. They are just a little more critical. When you have been to hardcore shows for ten years, you just don’t get enthusiastic about every new band or every show. That’s also the case with me. Ten years ago I wanted to go to every show and I was moshing all time. Nowadays it’s different: I don’t go to many shows and when I go I stand in the back more often. Still, I can’t imagine a life without hardcore.

What influences you when you write lyrics to your songs? I can imagine there’s still plenty to write about, especially with our current politics.
My lyrics are about my feelings and frustrations, but also about subjects that are related to politics. Insecure Times is for example about the quick changing globalised world we live in. What irritates me is that some people think we can prevent those changes and stubbornly cling to their culture like it is something that never changes. I think we have to accept that we lost our certainties.

You want to convey any message with Soul Power? Do you think it’s necessary for a band to have a message?
To keep an open mind. I know it’s a cliche, but I firmly believe in it. I think it it’s important to doubt all the things you believe in. At the same time I also struggle with this doubt, but it gives me a critical outlook and helps me to develop myself. I mainly write lyrics for myself. It forces me to translate my feelings into words and to search for the cause of these feelings. In that sense writing lyrics help me on reflect on my own feelings.

I think it’s important for a hardcore band to have a message. I like it when I can relate to the lyrics or when I get new perspective on certain things. On the other hand, I also like Madball and a lot of other NYHC bands while they don’t have message I can relate to. I just like the music.

You’re all about the groove. Any current favorites you would like to share with us?
Trapped under Ice, Bitter End, Cornered, New Morality, Backtrack, Expire, War Hound, The Mongoloids, Twitching Tongues, Deal with it (rip).