A couple years ago Sparrow Falls released their excellent debut album Tides. Now they are back with a new EP, Maelstrom. Time to have a chat with singer Merijn about changes in their line-up and acoustic shows.

Let’s start of with a compliment on the EP. Great sound and great songs again. You did have new personnel on the EP compared to the line up on Tides. What happened?
Well, when we played the release show for Tides we already asked if Stijn Bannier wanted to join us for the songs in which the Hammond organ was present. Since this collaboration felt good to both parties and his band Morning had just quit we asked Stijn to join us permanently which he did. After playing lots of shows to promote Tides and then our acoustic set,  founding member, guitarist and main songwriter Ed told us he wanted to take up the position of bass player for the successful stoner pop band The Mad Trist whose music is closer to his heart. So we asked my brother Elmer to replace him since he is an excellent musician and a great guy to have in the band.

After Tides you’ve toured with an acoustic set. How did that come to be?
This was another of Ed’s ideas since most songs on Tides could relatively easy be rearranged as punky bluegrass songs. Since we all really like country/folk music we were all very enthusiastic to embark on this exciting new path. What also helped was the realization that our music would appeal to a broader audience in this setting.

What were the reactions to that show? I can imagine people feeling a bit disorientated if they visited an acoustic show and after that listening to Tides with expectations not matching what they get on that album?
Well, the people just love it!!! When we play electric our music is very loud en dominant. Acoustically it is much more dynamical and easier to comprehend. We always warn people that it is not the sound they should expect when buying the album. So far we haven’t heard any people saying they felt cheated after buying tides as result of our acoustic set. Hahaha.

Well, that’s a good thing! How do these acoustic shows influence the Sparrow falls’ sound?
To us it is so much fun to do. We can make jokes together and with the audience which makes it very intimate. Also it helps us bringing the dynamics in our amplified set and it has especially helped me and the other guys improve as singers since we do a lot of harmonic vocals when playing acoustically, you could almost call it actual singing 😉 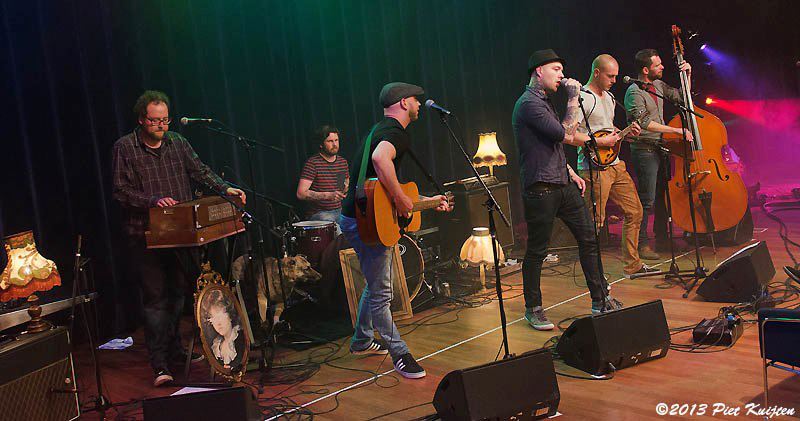 So far we haven’t heard any people saying they felt cheated after buying tides as result of our acoustic set.

You’ve done an acoustic gig recently (in Heerlen). Can we expect more acoustic shows?
We will continue to vary between playing amplified and acoustic. By the way, if he’s not preoccupied with The Mad Trist, Ed will continue to join us when we play our acoustic set so he’s not entirely gone from the band.

You’ve recorded (and released) this album with Amsterdam Recording Company. How did you get in touch?
Boris’ (our bass player) brother Igor often records bands there and since we’ve recorded everything with him so far it was an easy choice. When the owners of the label heard the end result they were so enthusiastic that they wanted to work with us. They have good connections and excellent distribution so it was an easy choice to make for us.

Correct me if I’m wrong, but Tides is a concept album. I haven’t seen any lyrics (and am too lazy to listen close enough to hear what you guys sing about) but Maelstrom (with it’s subtitle Thus perishes the worlds glory) feels like a concept album as well. Is it? What’s it about?
Well, Tides wasn’t really a concept album in the traditional sense of the word but it did have a common underlying feeling. The same with this album. It is not a fixed concept but all the songs are about me reflecting on various aspects of life. And they are far from joyous. I simply can only write when I feel like shit. I need to get things out of my system. Although our music is definitely not depressing or aggressive, my lyrics always represent some kind of heartache. Not that I am a very negative person but I just can’t write happy lyrics. I might try in the future though 😉

Have you ever considered bringing the stories you tell in your songsto live on another platform? Theater or (short) movie perhaps?
No not really. We might try to do something with the contents of the lyrics for a next video but no clear plans have been made yet. Also some lyrics are directly influenced by paintings I make so that would be another platform i suppose…

On your website I see a couple of planned live dates. All in the Netherlands. Any plans of conquering the rest of the world?
Nothing concrete but we love to play anywhere. If we get a good opportunity to play abroad we will definitely do it. We have been talking about setting up something like a mini-tour in the UK but as i said, nothing concrete yet.  If promoters are interested, please contact us! 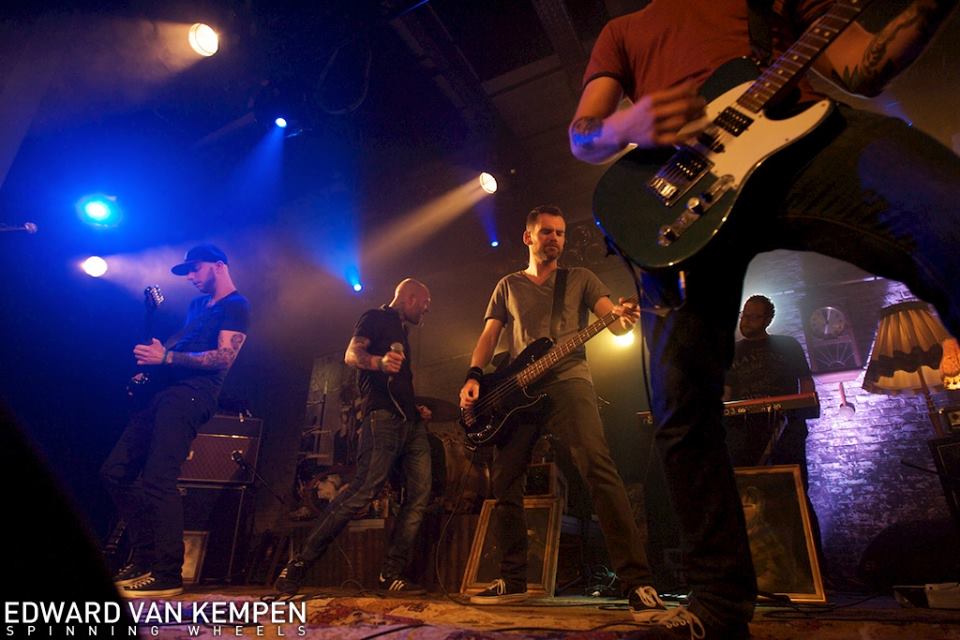 There are hardly any new hardcore bands that excite me.

Like the famous philosopher the Joker likes to say: Why so serious? It’s time for a couple of silly questions. Is hardcore dead?
To answer this question with a “yes” would be very cynical and out of place. I suppose there is still a lot going on but I (or the rest of Sparrow Falls for that matter) am not part of it. I still like the classic bands like Sheer Terror, Gorilla Biscuits, Judge, Warzone etc. But there are hardly any new hardcore bands that excite me. Apart from Modern Life Is War (although you can hardly label them a new band).

If you were to go to a deserted island, which albums would you really like to have with you?
Ah, nice question!  Joanna Newsom – ys, Rancid – indestructible, 16 Horsepower – sackcloth and ashes, As Friends Rust – won, Guns N Roses – Appetite for destruction. Let’s leave it at five because i could go on and on with albums from Tom Waits, Sheer Terror, Hot Water Music, Baroness, Wovenhand, Louis Armstrong, Cock Sparrer, etc etc

If you were to perform together with an artist of your own choosing, it doesn’t matter who and if it’s possible at all. Who would that be and why?
Ha! To me that would be Tom Waits. I love his music ans his lyrics and have never even seen him play live. To play together with him would be the most awesome thing ever!

Excellent choice! Can’t say I listen to his music too often, but I’m intrigued everything I give one of his albums a spin. On with the silly questions: if you had the power to change one thing in this world, what would that be?
I would totally strip the USA of any power they have. And take the ten richest families in the world, strip them of all their possessions and divide them equally over the rest of the non-western world. If i could make one wish it would be easy.  I asked my dad this question a long long time ago and never forgot his (perfect) answer: i wish for each and every one to be truly happy!

Well… that’s it. Anything you’d like to share?
Thanks for the interview. Check out our EP and the video for The meadow is burning and come to party with us at one of our gigs. Cheers!