Tarantino is an emerging and interesting band from Holland. They play a mix of energetic and traditional hardcore, and also a genuine one according to the frontman. I got the opportunity to interview their frontman Randy van Boxtel about how the band once started out, their show at Punkhol Babylon and much more. Check it out!

What got you into the whole hardcore-thing? Which bands have influenced you most in that way, getting you to start out?

My first real love in music (besides Bruce Springsteen, David Bowie and Johnny Cash) was punk. One of the first hardcore bands I ever saw live were Madball, Kill Your Idols and Madball. I liked everything about it, my heart began to pound and the atmosphere at the shows were great. I think Kill Your Idols and bands like Black Flag and even Rancid were responsible for making me wanting to start a band.

Could you tell me anything about why and how you started? Have you played in any other band before and how would you sum up Tarantino in a few sentences?

Before Tarantino I played in a punk band called Opvoeding (uprising in English). And Righteous Kill, a hardcore punk band. While I still was playing in Righteous Kill I was looking for a side project. I met Joep and Daan (the guitar players) at the central station of Breda and they told me they wanted to start a new hardcore band. They were looking for a singer so I joined the band. Pino (the drum player of Righteous Kill) also joined Tarantino. At the Groezrock festival last year we asked Paul to join the band on bass. After the summer we started rehearsing.

It’s really hard to describe your band in a few sentences but I’m going to give it a try. Tarantino is a fast, energetic and genuine hardcore band that consists of friends. We don’t pretend to be hardcore tough guys,  cause we’re not. We want to do something else then most of the hardcore bands, that’s why we try to put much variety in our songs. We want to break the rules in the hardcore scene and offer an alternative. Pissed of music with a message in our own strange way. 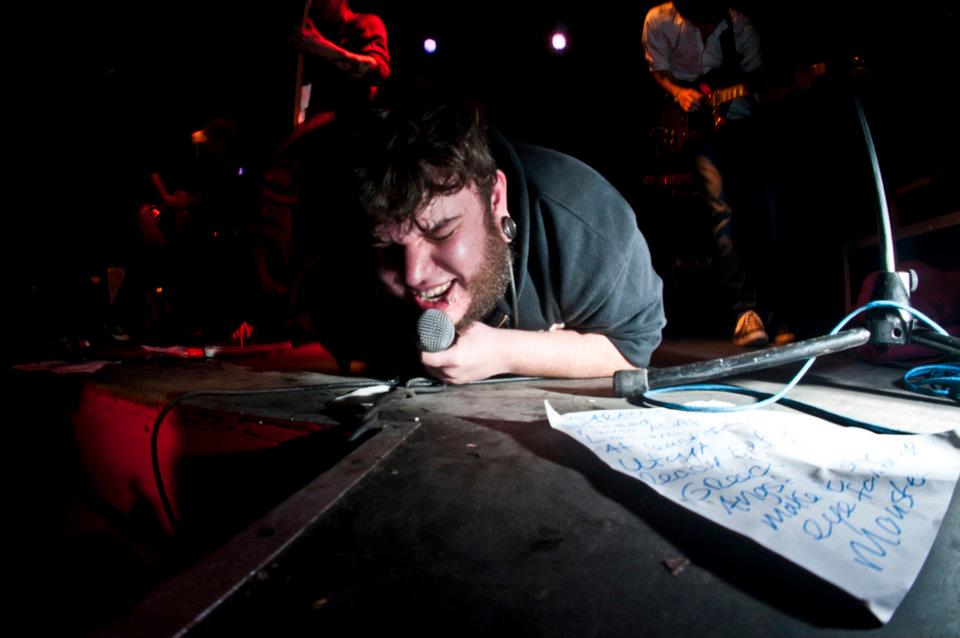 Tarantino is a fast, energetic and genuine hardcore band that consists of friends. We don’t pretend to be hardcore tough guys, cause we’re not.

Almost a week ago you played at an event called Punkhol Babylon. Could you tell me how it went? What did you think about the other bands, namely Lockdown and Mighty Ships? And the venue, was it any good?

The show was great. The only bad thing about the show was that there were only fifteen visitors, haha. Since there weren’t a lot of people we picked up all our stuff and played at the floor instead of the stage. We really had an great time and we played a good show. Even when there are just a couple of visitors you have to try everything to give them a good time. I think they really enjoyed it. The other bands Lockdown (named after a Madball song) and Mighty ships also played well that evening. I have to say I like Lockdown a little bit more then Mighty Ships but that’s just taste. They both played a good show. The venue was great. Babylon is a legendary punk place. I think it started in the eighties as a squad and lot’s of great bands played there. The only bad thing is that people in and around Woerden aren’t really interested in punk anymore.

You also played at Tilburg Hardcore in March, which also was a CD-release show that was free. What did you think about it and how were the other bands?

The Tilburg hardcore evening was great. We were invited by the band State My Case (it was their release show) to play that evening. The show went well and the Little Devil was packed with hardcore kids, skins, punks and trashers. It’s always nice to play for such a variety of people. The bands that evening besides Tarantino were State My Case, The Bruiseheads and the Trash Core Fanatics. The band I liked the most were the Trash Core Fanatics, a great dutch cross-over band in the style of bands like D.R.I and Municipal Waste. State My Case also played a hard and fast show (most of their songs are shorter then 40 seconds). The Bruiseheads are a Dutch oi band. They also played a good show and although oi isn’t really my cup of tea, I have to say that they are one of the better bands in the Dutch oi scene.

What expressions are mainly used at dutch HC-events? Since I don’t know any, it would be nice to have it figured out if I ever visit one?

I really have no idea, haha. I don’t think the hardcore scene in the Netherlands have a specific slang.

Could you tell me how the hardcore-scene is in general when it comes to the Netherlands? What country do you think have the best scene right now?

The hardcore scene is getting bigger and bigger but that’s mostly because of all the (in my eyes) crappy metalcore bands. But that doesn’t matter much, it’s great that more and more young kids are getting interested in hardcore. Also bands like Backfire, No Turning Back, This Routine Is Hell and many more are responsible for all the young kids in the scene. The only shame about dutch hardcore is that most of the bands don’t put as much punk influences in their music then a couple of years back. I guess that’s because the punk scene in the Netherlands isn’t that big anymore. It’s also a shame that much visitors of hardcore shows don’t support beginning bands and only want to check out the big names. They prefer talking in the hall of outside then checking out bands, that really sucks. I think Belgium and Germany both have a great hardcore scene. Everybody is going really crazy at hardcore shows over there. If I have to choose between both countries I would prefer Germany, because I really have good memories of the shows I played over there with my old band. 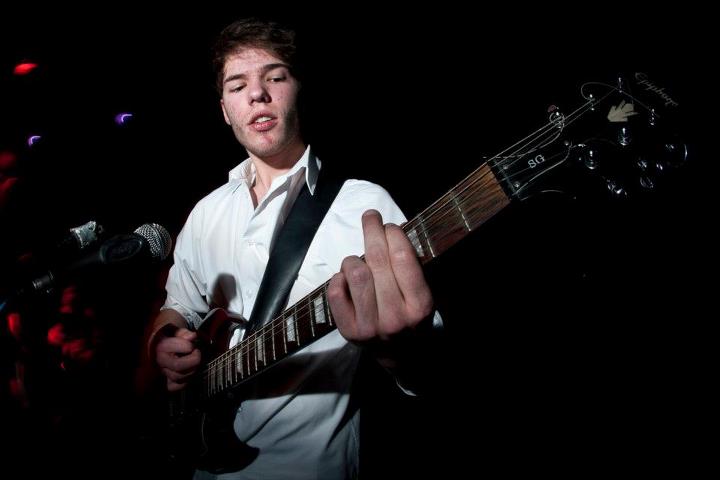 The only shame about dutch hardcore is that most of the bands don’t put as much punk influences in their music then a couple of years back. I guess that’s because the punk scene in the Netherlands isn’t that big anymore.

Since I basically know no Dutch at all – could you tell me a little bit more about your first release? What do you think about it yourself? Are you releasing anything new in the near future?

We haven’t released a record yet. We only recorded (some really crappy rehearsal) material. Right now we’re writing stuff for our first release that we are going to record in May. I think the songs are really strong and there’s a lot of variety between the songs. After we’ve recorded the songs for our first release we are going to start writing new stuff right away. We want to do something with the seven last words of Christ and put it in the here and now. Because we think it will make great songs (we’re all atheist by the way).

What is your favourite song of all those that you’ve released as Tarantino? And what hardcore song would be your favourite if you’d get to pick one right now?

My favourite song with Tarantino is a song in two parts: Interbelum. The song is about the us against them mentality in our society, populists and firebrands that want to take advantage of the fear of the dumb and turn it into hate. Sometimes I have the feeling that everyone around me is afraid or pissed of all the time, we all want to blame somebody for our own mistakes. I think the fear and the hate only brings bad stuff like lonewolfs and terrorists.

My all time favourite hardcore song is hard to pick. But if I really have to chose I would pick my favourite song at the moment. He god has favored our undertakings by a band called Ceremony. This song really makes me so aggressive and sick, I love it! 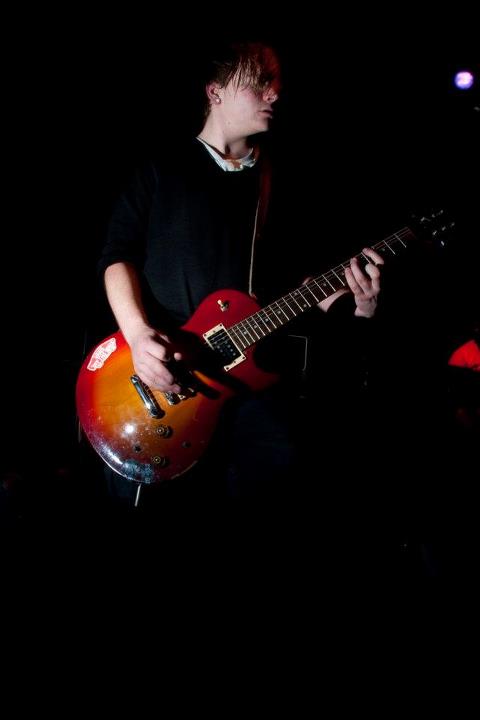 The song is about the us against them mentality in our society, populists and firebrands that want to take advantage of the fear of the dumb and turn it into hate. Sometimes I have the feeling that everyone around me is afraid or pissed of all the time, we all want to blame somebody for our own mistakes.

It also seems like hardcore generally is pretty political. Why is it that way and what role does it play for your band?

Hardcore is the perfect way to express your opinion and to spit all your frustrations out. In the hardcore scene there are many people whom are very disappointed about politicians and many people that hate fascists and other idiots. When I’m writing lyrics I don’t think: well I’m going to write something about politics. It just happens, because I’m also frustrated sometimes. Some right-winged politicians almost make my puke with their selfish and racist redneck talk.

Nine or ten months ago Tarantino had its first rehearsal. Since that time we have really become a team. We understand each other and we really enjoy playing together. We are a good team and I think if we continue to put as much effort in the band as now, then we are going to do a nice small European tour next year. I also think (and hope) our first release is going to be great and hard.

What band do you think I should interview next and what would you want me to ask them?

I hope you will interview This Routine Is Hell next. What you should ask them is: how do you guys think you can top your latest release “Repent, Repeat”?