The Beautiful Ones is a fairly new band from the USA. After releasing a demo on Born Ill they just released a 7″ on 6131 Records. Pim asked drummer Spencer a couple of questions.

Hey, what’s on your mind?
Just woke up. Trying to find out how Tevita, our vocalist is doing. We played Pomona last night and he broke his arm during the Rotting Out set.

That sucks, hope he’s doing fine! Let’s see, who’s in The Beautiful Ones? Any ‘with ex members of..’ going on?
Tevita sings, Eddie plays bass, Anthony plays guitar, and I (Spencer) play drums. Anthony used to play in a band from Indio, CA called Colors, and Eddie played in a band from Yuma, AZ called Beg For Life.

Where does the band name come from? Googling told me about a Prince and a Mariah Carey song with that name but that’s about it.
It’s a Prince song. Tevita is a huge Prince fan, and before we even started jamming, he really wanted to called it The Beautiful Ones. I like it because we have people telling us how they didn’t expect us to sound the way we do with our name. 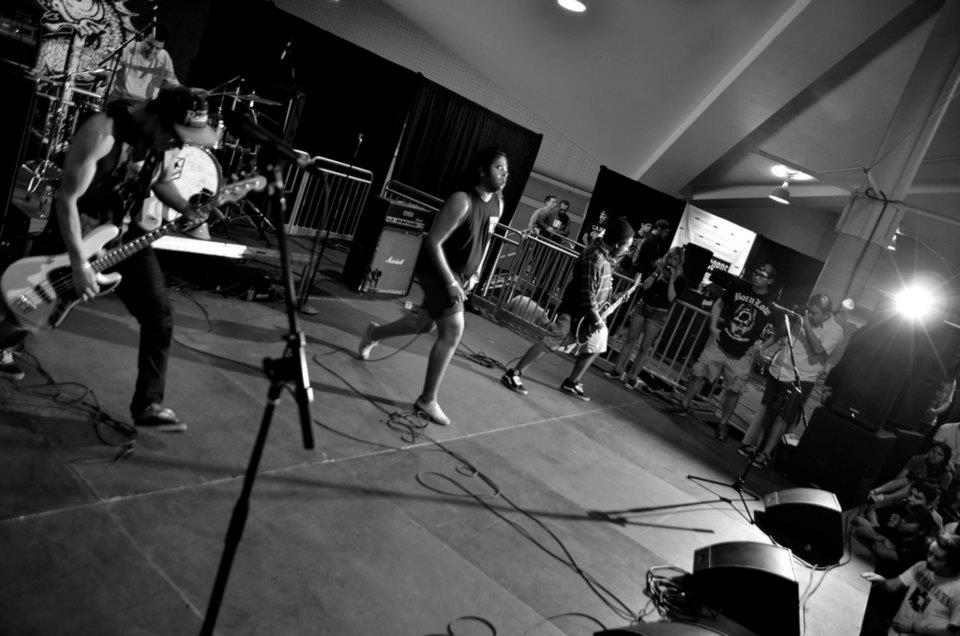 Most people are thrown off by the name when they actually hear what we sound like.

What or who influences The Beautiful Ones?
As a whole we draw influences from all over the board. I know a lot of the time Tevita writes about love, and that stems from him listening to a lot of R&B growing up. As for the rest of us, you really can’t pinpoint a few bands, it just really depends on what we’re listening to at the time.

In the short bio we’ve got from your label they say there’s something about your approach that sets you apart from the other bands. Do you agree, and if so what do you think that is?
I can agree. Like I previously stated, most people are thrown off by the name when they actually hear what we sound like, and we have an image that is different from most bands that we would fit alongside. It’s not to “be different”, we just all have an appreciation for clean and simple imagery, and I think it shows in our merch and how we went about putting the record together.

Best memories of the band so far?
Playing Sound and Fury was something we’ll never forget. We had all planned on going, and less than two weeks before the fest, Joey hit us up to open. It was the first time we played on a big stage, and definitely the biggest crowd we’ve played to.

And the worst?
This is a pretty easy question to answer. When we were on tour with Bent Life a couple months ago we had a show in Mesa, AZ in the middle of the tour. When we woke up the next day, the van decided to not work. The repair would’ve ended up taking too long to fix, so the 5 of us crammed in my Toyota Matrix and finished the rest of the tour like that. Then while we were gone, the van got towed and impounded, so now we have no van. It’s a bummer.

You guys released a demo on Born Ill and now a 7” on 6131 Records right? What’s next? What are the plans for the rest of the year?
Correct. We are trying to tour off of Birth of Desire at least until the Winter. We’ve already slowly started writing the follow up full length, and hope to record that within the next year. 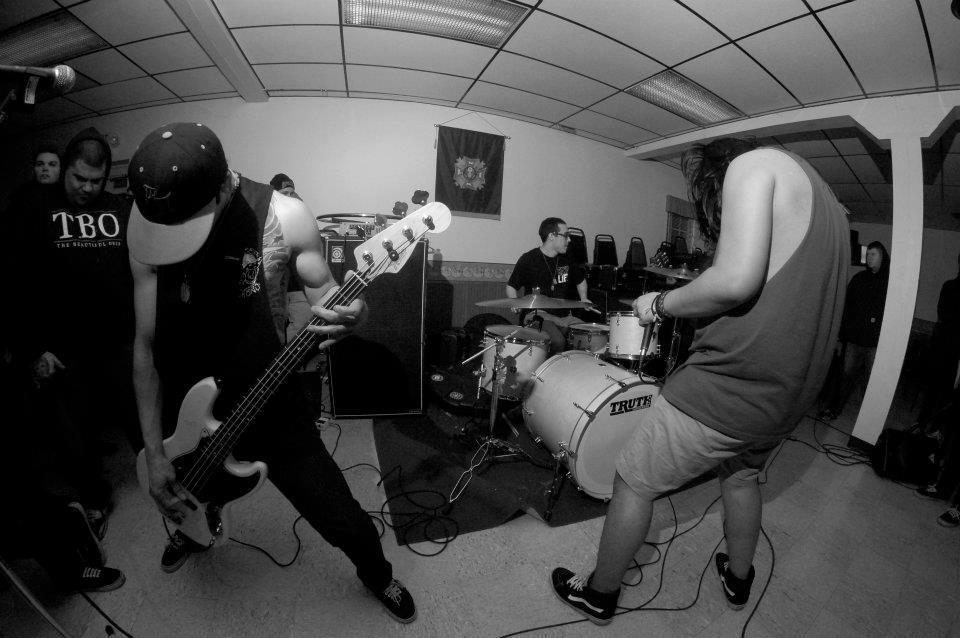 If you know Tevita, you know he cares about maybe three things in life, and his Mom is definitely number one.

What’s your favorite The Beautiful Ones lyric and why?
I’d have to say when Tevita says “You’re the only thing that’s true to me” in the song True To Me. That whole song is about his Mom and how much he cares about her. If you know Tevita, you know he cares about maybe three things in life, and his Mom is definitely number one.

That’s cool. So when people are done reading this short introduction, what should they remember about you guys?
Expect to see more of us. We’re trying real hard to get a new van and hit as many cities as possible this year.

Time for you to take control, ask yourselves a question and answer it too. I’m sure you can do better than these generic questions I’ve came up with.
People are always asking us why they can’t find any of our merch online. The answer is: we’re working on it! We’ve been trying real hard to get a merch store up, and should have one up real soon. We have a couple shirts on the 6131/Hellfish store as well.

Anything else to add?
Pick up Birth of Desire from 6131 Records. Listen to Wreck.

Listen to two songs of “Birth Of Desire”:

Band: The Beautiful Ones