Nations On Fire, Spirit Of Youth, Blindfold, Congress, Liar, Kindred, Facedown, Dead Stop, Rise and Fall, Justice, True Colors, Midnight Souls, Oathbreaker etc. Belgium just keeps on being a great breeding ground for some of the best European hardcore bands. A new generation is coming up and The Homeless are one of them. Guitarist David was kind enough to introduce the band.

On your Facebook page it says you played together for 1,5 years before you had a singer. What was the problem with the guys who tried out before Bjorn came along? What was so special about Bjorn that you said this is the guy we want and in how much has jamming with a singer changed the songs you had?

Well, with the guys that tried out before Bjorn, the feeling was just not the same as with him. Some of them were already friends, and still are, and the others turned out to be really nice guys! But we always missed something and as a singer/frontman/friend Bjorn just fitted our band perfectly. He’s a very friendly, down to earth guy with a lot of passion for music! So I guess it had a lot to do with feeling.

It didn’t really changed our songs we had back then & Bjorn always seems to fit his lyrics to our music. Which is awesome!!

Weren’t you at times frustrated about the lack of a singer?

Sometimes it was very frustrating to rehears and write without a singer. I think every dude that is jamming with other musicians dreams of playing a lot of gigs, and specially in hardcore/punk. Our songs were missing out some good lyrics as well! But we all loved jamming so much it never really bored us, even without a singer. 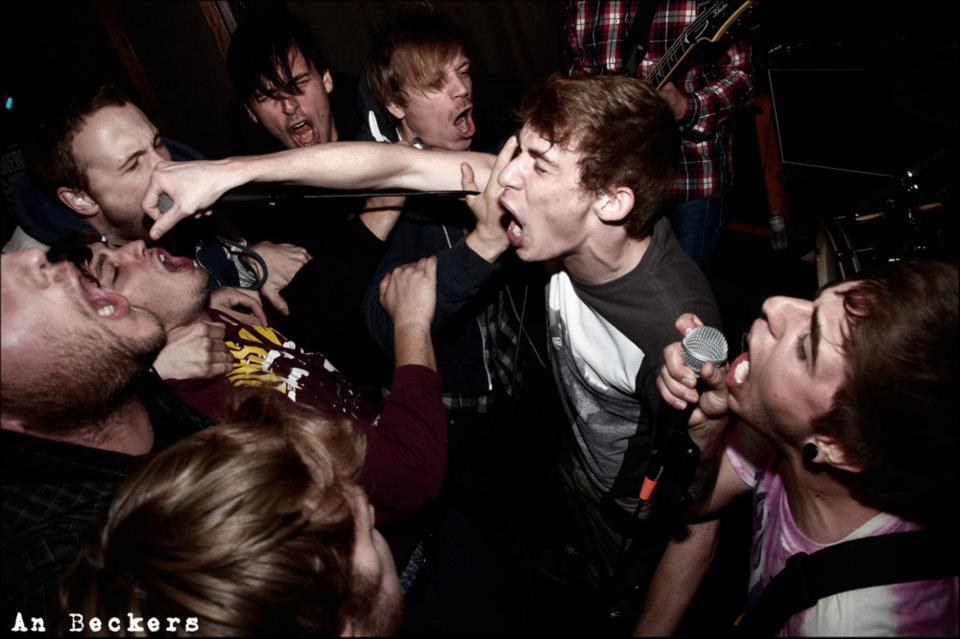 If one would ask me I would say you guys are influenced by bands like Verse, The Carrier etc. Is that right and correct me if I’m wrong or please state other influences.

That’s right! We’ve all listened to those bands but there’s so much more that influenced us. Too much music to name and from all kind of genres, periods, … I guess that’s what makes a band strong in a way. Listen to a wide variety of bands/genres. Every band/genre influences your sound and song writing in a different way. And of course memories and experiences in life had and still have a big influence in our songs. Sounds a bit cliche maybe but some of them are true, I guess.

When did you decide to do a hardcore band, were you in other bands before and how far do you want to take your band. Are you willing to give up everything to get in that van and do shows all over the world?

We’ve all played in other bands but were all searching to do something different in (hardcore)music. Clifford, Maarten and me started jamming and I think we influenced each other very much until we became what we became. We were all in hardcore a long time before the band started, the reason for that is because it sounds so very honest to us. I think it helped all of us trough some rough periods in our lives…

Willing to give up everything is one thing but paying everything while giving up everything is something else :-). But spending all of our free time to get in a van and to do shows in as many places as possible would already be a dream come true!

With Midnight Souls, Accept The Change and you guys there’s quite a flourishing new scene in Belgium. Is there also some kind of kinship going on, bands supporting each other and helping each other out?

First off all, I think it’s fantastic to see such bands in Belgium, they are both on a very high level! We don’t really know the guys from ATC yet but we hope this will change very soon. MS we asked for our release back in October but they were not available that day. Now they asked us to play their releaseshow next month, which is an honor for us! http://www.facebook.com/events/301865853190143/ (if spam is allowed here :p)

I hope we can do a lot of shows with those bands and help each other out where possible.

Btw: Go buy their records! Accept The Change just released a fantastic one and Midnight Souls will release an awesome record next month… you can count on that!

Where does the band name come from? Were you all homeless at some point in time?

No one of us was ever homeless, which we are really thankful about. But I think we are all, not just our band but everyone, a bit lost in this world/society and constantly trying to find a place to fit in. So in a way we are all a bit ‘homeless’. 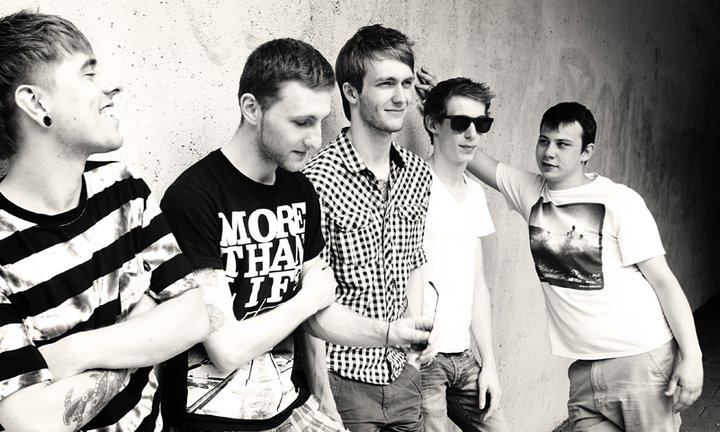 I think we are all, not just our band but everyone, a bit lost in this world/society and constantly trying to find a place to fit in

Please choose and explain why:

Have Heart or Verse?
Please don’t let me choose between such milestones in hardcore!

Belgian Fries or French Fries?
Fries were invented in Belgium but they are called French fries, it’s funny. But as long there ARE fries, it’s all good.

Ieperfest or Groezrock?
Ieperfest. It’s smaller, more about the message. Proud to have this festival in Belgium. Though Groezrock is awesome too.

What are your plans for 2012?
Play as many shows as possibly and working hard to write and release something in 2013 🙂

Which new band should we interview next?
Check out Rebuild and Off The Charts! Also Madhouse is a worthy subject for an interview. All 3 bands are awesome and have become great friends!