No trace, the opening song on The Kut’s Make up EP, has a big chance of being the most played song this summer. Awesome stuff! Reason enough to ask a couple of questions to Princess Maha, The Kut’s guitar player and vocalist.

Hi, how are you? Please, introduce yourselves to our audience: who is The Kut?
Hey thanks for the interview! I play guitar and vocals in the band, Alison is on bass and Violet is on the drums. We play riot grrrl rock as a quick description, but we like to think of it as basement rock.

In the press statement a four year hiatus is mentioned. What happened? And what were The Kut about before the hiatus?
Ah, yes it was a confusing time. We’d just had our video added to NME TV and were given our own show! It was really exciting. We worked on the live shows for a couple of those years, just getting in the gigs and still writing the whole time. Before long though, we were being mentored by US manager, Dennis Ryder, who broke bands like Evanescence, Ugly Kid Joe and Blind Melon. It was a real honour because he only works with one band at a time. It felt like things were really moving for us, and they were. One thing led to another and Warner USA had said we had great songs and they wanted to see us play live state side. It was the most exciting news we’d heard, but that’s when things started to get messy. We took a year out of gigs to work on recording, but by the time we finished we only had demos but nothing release quality, and a lot of time had passed. I remember the phone call to Dennis where it really hit home. He said we’d become stagnant, we hadn’t had any new releases and it was damaging us as a band. I know that it makes a lot of sense but we didn’t realise, we just thought gigging was enough, but sure we are feeling much better for it to be releasing that music and videos too. We’ve now had the chance to work with a great producer, James [LeRock] Loughrey and that definitely gave us the edge we needed to start making records again, rather than demos. Sometimes you just need a push in the right direction. 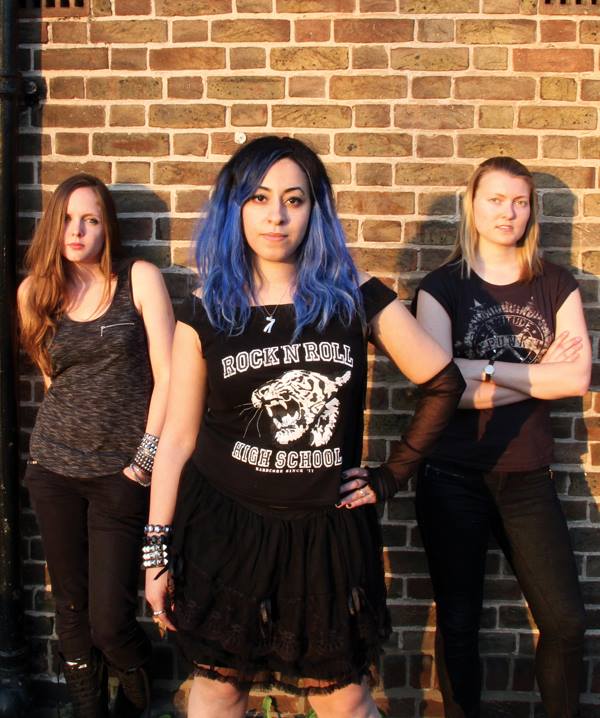 I’ve got mixed feelings about whether it should have been on the EP or not really.

You were voted into the winning spots for the MTV UK Brand New Unsigned Poll. What did that do with you and what did it do for you?
Yeah, that was a great buzz. It was all down to everyone who voted for us and supported us. They held a poll and there were a lot of great acts involved, so we were thrilled to have made it to the winning spots. It was definitely a good way to be introduced for 2014. After being out of the game for so long it was really amazing for us to know so many people had our back and were still ready to support us, even though we’d been inactive for so long. It kind of sealed the deal that this had to be the end of the drought and that 2014 was the year we would start to release music again.

I’m really happy with your EP, especially with the track No Trace, which you told me is the last track you wrote. I can’t really understand including DMA though, as it’s a bit of an outsider on the record. Why did you include it?
Thanks a lot! We really loved being able to put No Trace in, especially as it was written so late in the day. We’d never played it at a show before it came out so it was a wildcard in some respects. DMA was one of the earlier releases, it was out on Universal in the past, but it made sense for us to reclaim ownership of the music and release it on Criminal Records with the other tracks. It is definitely an outsider on the EP, but it never made it onto an EP, so this was really the first opportunity. Our sound has changed a lot in-between the two releases though, but DMA has had a lot more coverage in the USA and regional radio under alternative title ‘Doesn’t Matter Anyway’ (that later became DMA). In the live set it’s one of the more choppy tracks, so although it doesn’t necessarily fit with the other 4 tracks it’s still part of who we are as a band. I’ve got mixed feelings about whether it should have been on the EP or not really. 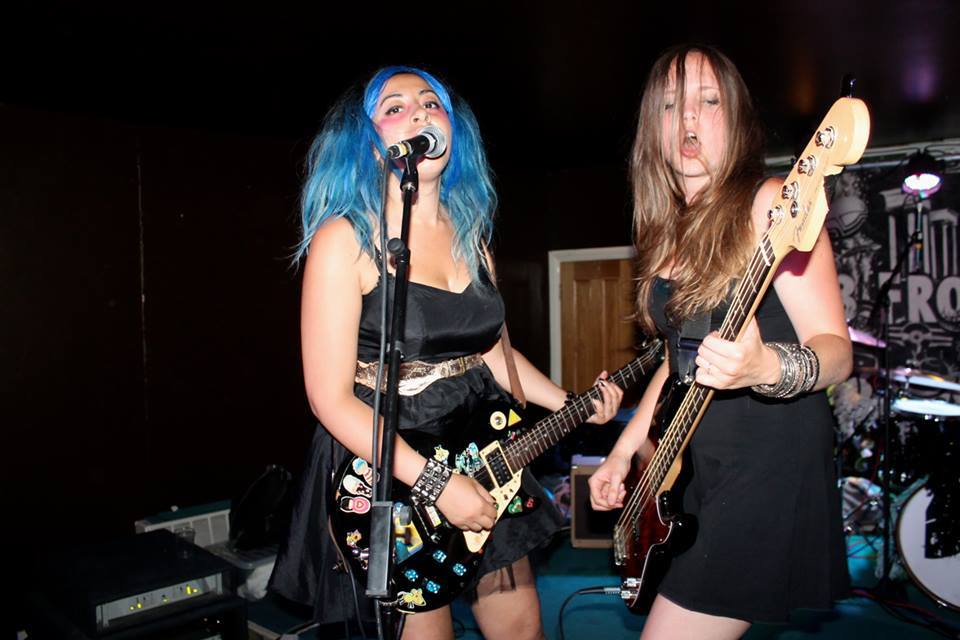 I guess we are trying to keep our heads down and keep more releases coming so we don’t fall into the trap we were in before.

Make up will be released August 18th. An exciting time I guess. What’s going to happen around that time? A lot of touring?
Yeah it’s definitely exciting. With the Mario video just going onto Scuzz it’s been really buzzing over Kut HQ. We’ve got some shows booked in for August and September and we are just going to keep on with those. I’m sure we’ll be having a beer at rehearsals to celebrate too. It feels like it’s been a long time coming and we are really happy with how everything is going. We are also working on the next music videos now and getting back in the studio for new recordings soon. I guess we are trying to keep our heads down and keep more releases coming so we don’t fall into the trap we were in before.

From what I see you’re focusing on England for now. Will we see you in Europe someday soon?
Yeah, that would be really cool and I’d certainly hope so : ) Having just spent time driving around the USA it’s so easy for us to tour in Europe with the Eurostar. It is definitely on the cards but it would be good for us to get a good tour support, I think that’s our next goal really.

Make up is to be released soon, but you’ve already made two video’s for the EP. Is this an extra art-form, an extra way to express yourselves, or is it more focused on using social media as well as possible?
Music videos are totally addictive. They take a lot of work but if done right they are also a lot of fun. Mario was the best to make so far, breaking into broken down / part demolished buildings and getting 5am shots across London. I guess they are adding the extra meaning into the songs that weren’t there originally in the case of Mario, and we all love youtube right? We’ve done four videos from the EP so far and will be doing our fifth this month for ‘Make Up’. We hope it will be done around the time of release or just after. Ideally we’d like to make videos for every track we release, but it’s also a case of budget and time, so sometimes we won’t get that chance.

In the press sheet you mention bands with females/all female bands being seen as a gimmick. Do you feel The Kut is seen as a gimmick? If so, do you think you can influence that image?
I’d really hope we can influence or change that negative image. There’s been times we’ve been at shows and been patronised by the engineer until we hit out a tune at soundcheck, or times where we felt unfairly judged on being an all female band, without the music being the main focus. Being a female musician isn’t something new or gimmicky, there are a lot of very talented female musicians and if we can inspire some of them, or as it were, represent, then we are definitely happy for that opportunity. For us it’s about the music first. I personally love playing in an all female band, just as I loved watching and supporting bands like L7, Lunachicks or Vercua Salt. It wasn’t just because they were female musicians, it was more inspiring that they were awesome musicians and they were also female. I think we’ve shaken the whole gimmick aspect that used to go hand in hand with being an all female band. Maybe I’m speaking too soon, but perhaps it’s also influenced by increasing equality between men and women. I’d also like to think that all female bands help with that, although I’m sure someone could argue that somewhere.

Thanks for your time and keep up the good work!