On a sunny Monday evening I went to Amsterdam to have a chat with The Local Spastics guitarist and singer Sam Andrea. A very open en enthusiastic young man who had something to celebrate that day as he had just heard he is admitted to the art academy.

Congrats on your admittance to the art academy and thanks for your time, Sam. Let’s start easy and introduce me to the Local Spastics?
Well, as you said, I am Sam, I’m the guitarist and singer for the Local Spastics. Bram and Gijs are the other two band members, where Bram plays drums and Gijs is our bass player. You may know Bram from Malle Pietje & de Bimbos and NRA and Gijs from Bullerslug and a pop band called Houses amongst others.

I am actually the only original member of the band now. We have released an EP in the past. I’m not really proud of that EP anymore. I still think the songs are ok, but the production is not to my liking. I have a big problem with recording songs, you know. I’m afraid to sing in the studio…

Really, but not on stage?
No, on stage it’s no problem. The thing is, what you do on-stage is something that doesn’t last. People can’t play it back or something. While what you do in the studio… Years from now perhaps my grandchildren will listen to my music and they will hear me sing. This makes it important that it doesn’t suck, get it? I don’t want my grandchildren to be ashamed of how I sing. That puts a lot of pressure on me during recordings. 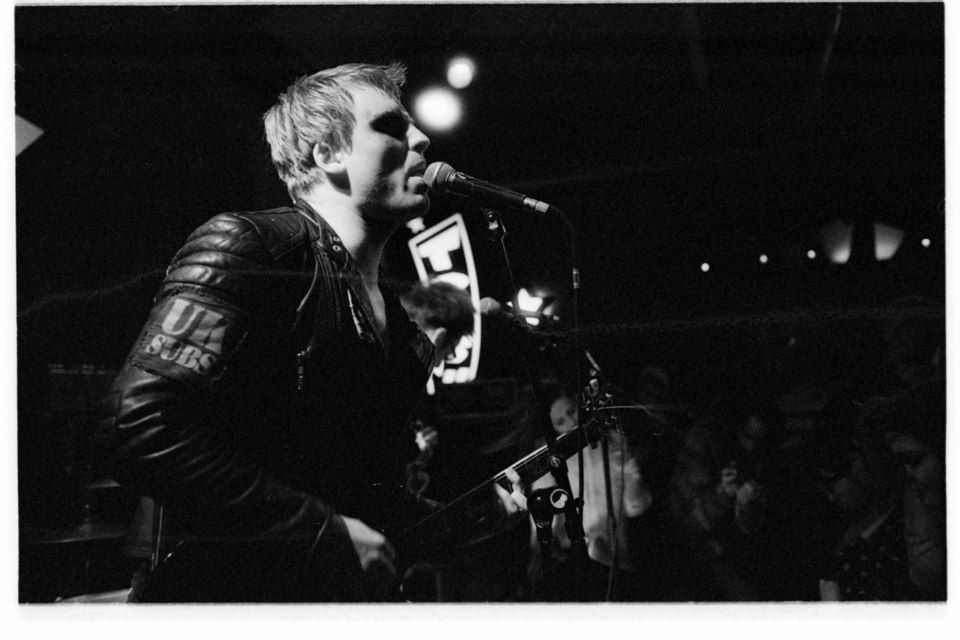 I don’t want my grandchildren to be ashamed of how I sing.

So, what happened after that EP?
Well, at a certain time we quit. We didn’t play for over a year.

Why was that?
The reason is really simple actually: our drummer quit. At the time that was the end of the band.

But you’re back together again. What happened in the mean time and what brought you back together?
Well, I played in a blues band called Pino & the Bluebirds for a while. I felt that the Local Spastics weren’t dead actually. After talking to Bo, our bass player at the time, we decided to go for it again. We found Bram and started playing with the Local Spastics again. With this line-up we recorded the album. After that, Bo left the band. He didn’t want to play bass anymore. Instead he wanted to play the drums, which he did in Pino & the Bluebirds by the way. We then found Gijs who’s our current bass player. I won’t say Gijs is a better bass player, but with his experience he does add something. I hope and think this line-up is stable.

I am very happy to have these lads in the band. With their experience we can write better songs. I mean, I write a lot of riffs, but they are all in the same range. These lads can change those riffs into something more diverse. Something else that has changed since we play in this line-up is that we sound better. Bram is really professional at that. We used to come over, plug in and play. Sometimes we would sound great, but other times our sound was really not that great. We now bring our own equipment just to make sure we get the sound we aim for.

Have you already written new songs in this line-up?
No, not yet. Well, that is no finished songs. We have started to write songs, but these still need some work. We have rehearsed a really cool cover: Blitz’s Fight to live. We turned it into something that could be played by The Spit.

What are your plans with the band now?
If it’s up to me I’d say we record a 7” as soon as possible. Like I said, we don’t have any songs finished at the moment, but we perform great under some pressure. If we book a studio we have a deadline to make. If we focus on that I’m sure we’ll finish enough songs before we enter the studio. As long as we have the music ready, we should be able to record enough to fill a 7”. 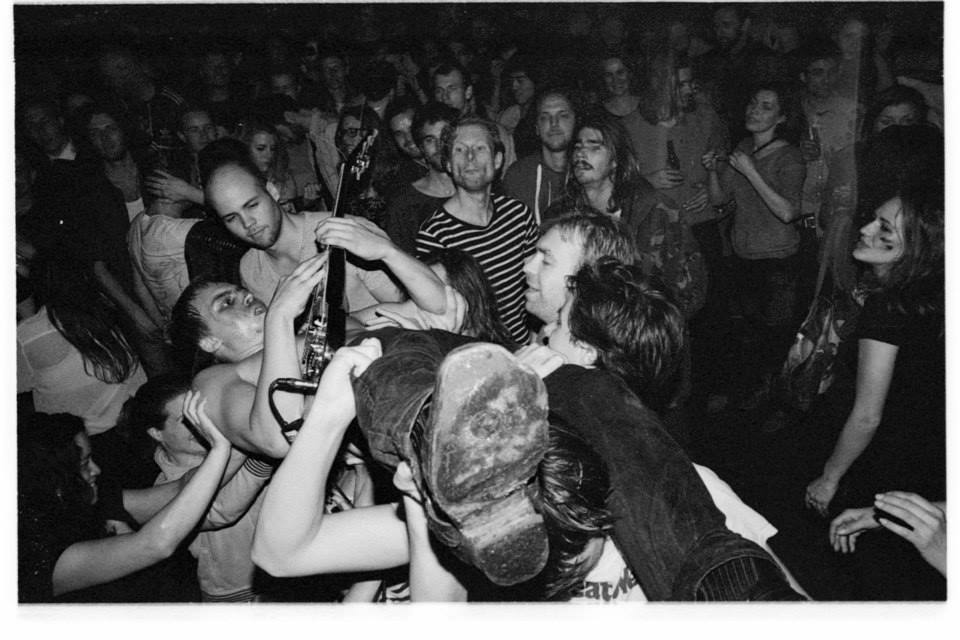 Sometimes we would sound great, but other times our sound was really not that great.

Only the music? How about the lyrics?
I can finish them last minute. I mean, I did that for the album as well. Some lyrics were finished when we were already recording the song. Like I said: I work best under a little pressure.

But thinking a bit more short term: are you touring for the album?
Not on really short term. We are looking for a good booker as we speak. We need something to happen soon or we’ll miss the perfect moment to promote the album. We don’t have that many shows planned at the moment. In your review you mentioned playing festivals. That made me realize we’re not doing that this summer, as we are already to late for that. But I like playing shows in small, sweaty venues better anyways. I want to be able to jump into the crowd, to interact with them. You can’t do that on a festival. Anyway, even we can’t find a booker perhaps we can use contacts we’ve made in the past to book us some shows. I hope to play a lot of shows this summer. Not only in the Netherlands, but also in Germany, Belgium and France. We are going to Germany soon by the way. We’ll be playing some shows with The Dirty Fences.

Are there legendary venues you really want to play? I know it’s gone, but I’m thinking CBGB’s type of venues.
Ha, no. Not really. And not in America anyways, I hate their culture! No, let me correct that: I’d like to tour there, but… You know, their culture is pure decadence. It’s basically what we’re against. It’s that mentality we want to destroy.

You mentioned writing the lyrics in the studio, a last minute affair. Are lyrics important to you and are you still happy with what you came up with?
Oh yeah, I’m still very much ok with the lyrics. And yeah, lyrics are very important to me. I feel that I want to leave a mark. I want to challenge the establishment, to destroy the status quo.

Really, I must admit I haven’t listened to your lyrics that well, but I thought they were more of the party hard type?
Haha, yeah, well, they are. My lyrics are more about freedom. The freedom to do what you want. And to me it’s more about the way you live, what you do than about what you say. I mean, if you say you are punk and you want bands to play, then where are you when your local stage closes down. You complain but you’re not doing anything. That’s what this is all about. 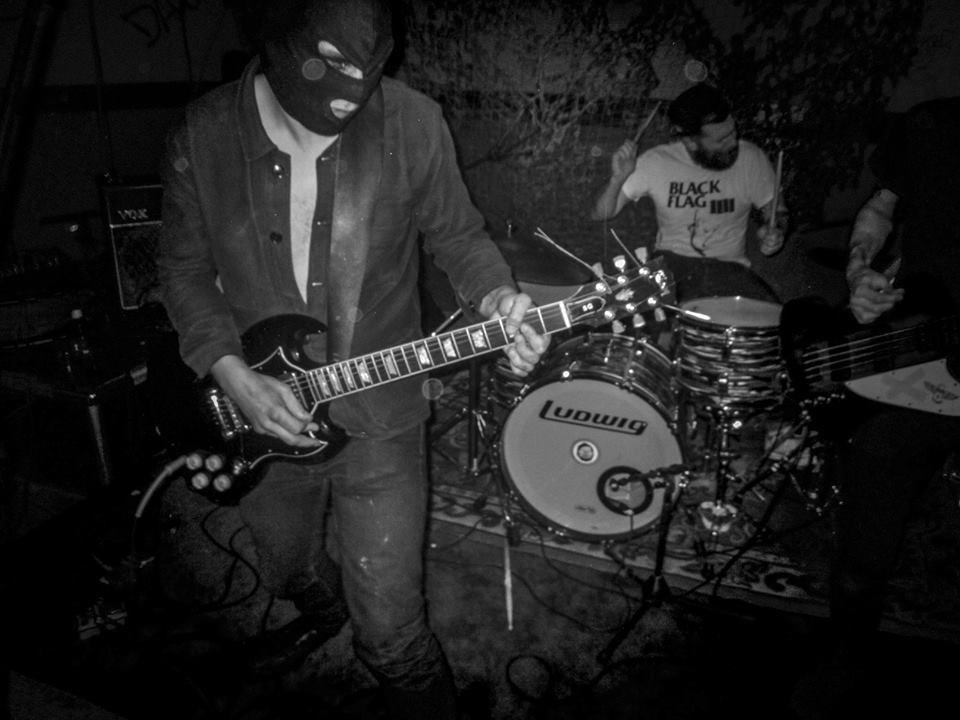 It’s that mentality we want to destroy.

You’re going to the art academy next year, will you still have enough time to spend on The Local Spastics?
Oh, it will be different, I think, but I will continue playing for sure! It will be more limited to weekends and holidays I guess.

The record is out now for a couple of weeks. How do you look back on it now? Are you happy with it?
Yeah, definitely! I wasn’t to happy with the release show though. I think we can play so much better than we did there. We made plenty of mistakes and we had some technical difficulties to overcome before and during the show. But hey, everyone seemed to enjoy the show, so I’m not complaining. But I know we can play so much better!

You released your album on ARC. How did you end up there?
Well, that was an easy choice actually. Bram also drums for NRA and Aziz and Jean play in NRA as well. So that connection was there. Other than that, we know them and they are close by, which helps keeping the communication good. They are a small label so you don’t have to be afraid to be only a number. I’ve heard stories about bigger labels where you were more or less forgotten amongst all the bands signed to that label. We don’t want that, so like I said, this was an easy choice. The only downside is, it was quite expensive recording there. We have debts now. And I have to add that we could not have done this if Pacific Parc hadn’t sponsored us. So a big thank you goes out to Martijn13 for doing this. He’s a cool dude, you know. A real punk that’s doing a lot for the punk scene.

That’s it for me. Is there anything you’d like to add?
Yeah, come see our shows! And if you do, don’t forget to buy me a beer. Or a whiskey.