Like I said in the welcome post, it’s not going to be lengthy interviews only on here. I want to post other stuff too. Like underrated gems from the past or some new bands I stumble upon. Bands that I think deserve some attention. Not in a point by point review kinda way, but just short blurbs showing some appreciation.

On the last trip with Said And Done through Europe in March we played in Bagnolet (Paris) in France. This local band called “Youth Avoiders” opened the show. I never heard of them before, but I think we all really liked it. I know I did. Punky, short, fast songs but damn great melody lines too. Those that stick in your head. Here’s my favorite song of the demo: 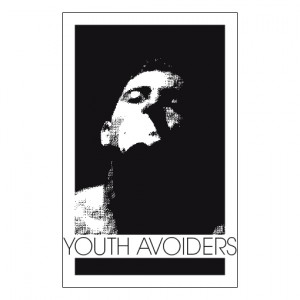 You can also download the entire 2010 demo from any of these locations:

The band uploaded it themselves, so you’re safe. Even better though would be if you picked it up on a tape (tapes still rule) from any of these labels (I’m going to order a couple for the distro too):

Too bad they didn’t  record the Mongoloid (Devo) cover they played live.

You can find more info about the band on these sites, go check it out!
http://youthavoiders.free.fr/
http://www.myspace.com/youthavoiders