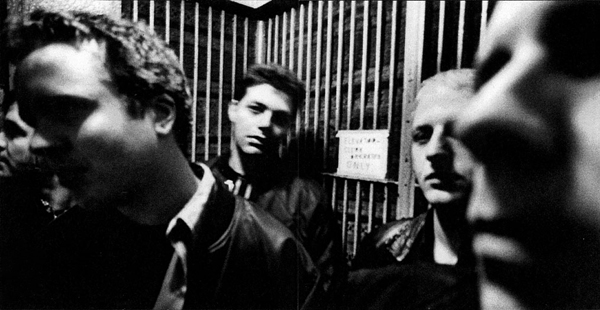 Good news people, the awesome Handsome – s/t album will finally be available on vinyl. Not familiar with Handsome? You’re missing out big time, but check out this post we did some time ago to get with the program.

We received the following email:

It’s with an unbelievable amount of excitement that 6131 Records announces plans for a vinyl reissue of the long out-of-print and often overlooked self-titled album by HANDSOME, originally released by Epic Records in 1997 only on CD. This monolith of a full length never quite made the lasting impression of some of the members’ other projects, yet has stood the test of time – proving it’s deserving of such acclaim.

Never before available on vinyl, 6131 Records will be releasing the long overdue LP version of this classic album by HANDSOME in the near future. Release date and preorder details will be announced shortly.

For those previously unfamiliar with the group (some might even say “supergroup”) the members of HANDSOME were: Jeremy Chatelain (Jets to Brazil, Cub Country), Tom Capone (Quicksand, Beyond), Peter Mengede (Helmet), Pete Hines (Murphy’s Law), and Eddie Nappi (Mark Lanegan Band).

Singer Jeremy Chatelain had this to say about the album and it being reissued by 6131:

The Handsome record still sounds like New York City in 1996 to me. Every song on the record brings up a memory of dank rehearsal rooms, seedy clubs and edgy characters. I can remember rehearsing long hours on Mott Street below a gelato factory and above Sonic Youth. We practiced so loudly and with so much sheer force and repetition that Steve Shelley at one point walked in and asked us to stop. I’m really excited that the recording will once again see the light of day, this time on vinyl!

6131 Records have also launched preorders for a newly created HANDSOME shirt design, featuring artwork from the album and available in the label webstore.