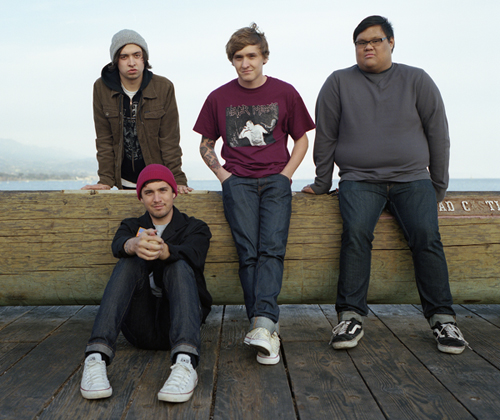 Los Angeles based label 6131 Records announce the signing of Carpinteria, California emo/rock outfit SOUVENIRS. Formed in 2011, SOUVENIRS have quickly created a buzz with their contemporary take on the sound originally pioneered by the likes of Mineral, Braid, and Pavement. Even with their first proper offering, the self-released Sadder Days EP, they were able to demonstrate an unrivaled songwriting prowess that left many eager for more.

SOUVENIRS quickly took to the road, touring the West Coast with Set Your Goals and The Story So Far in December of 2011, followed by another West Coast and Southwest run with Pentimento and Light Years earlier this year. SOUVENIRS will continue to tour extensively, with plans already in the works for Spring and Summer 2012.

While not touring, the band was able to enter the legendary Atomic Garden Studios in early March with producer Jack Shirley (Joyce Manor, Whirr, Punch) to record their 6131 Records debut, an EP entitled Tired Of Defending You. The EP, being released on 7″ vinyl and digitally, will be available worldwide June 5th.

For those excited to hear new music from SOUVENIRS, Alternative Press will be debuting the song “Sucker” from Tired Of Defending You this Sunday, April 1st via their website.

Also, SOUVENIRS’s first EP can be heard online via their Bandcamp or here: