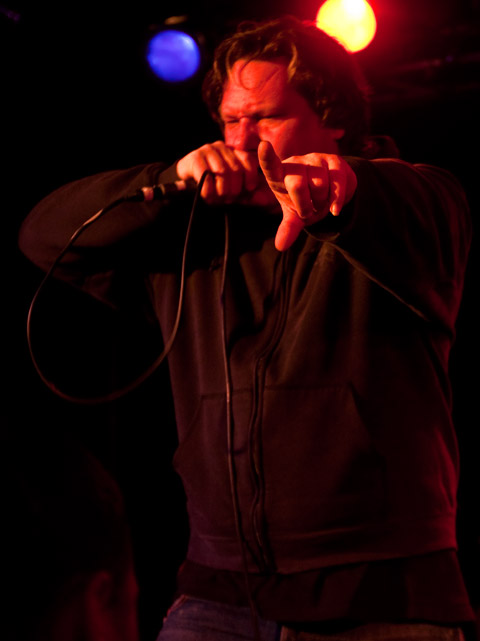 Eccentric Cleveland artists PALE CREATION will be re-releasing their classic, long out of print ‘Twilight Haunt’ album for the first time on vinyl via A389 Recordings.

Originally released in 2000 as a CD on East Coast Empire Records, ‘Twilight Haunt’ is heralded by fans and peers, as an underrated classic of the metallic hardcore genre, extending it’s influence far and wide. When asked about thee group, Integrity frontman Dwid Hellion put it simply: ‘I accept their gift of art’.

Over the years, Pale Creation kept busy with various EPs including their 2009 comeback EP ‘Wake Of Temptation’, which garnered favorable reviews among the press and fans. The group is currently in preperation for it’s first new full length album since the original release of ‘Twilight Haunt’.

PALE CREATION’s Twilight Haunt will be released November 28th as a limited edition LP with never before seen lyrics and photos. The album will also be available digitally through the retailer of your choice.