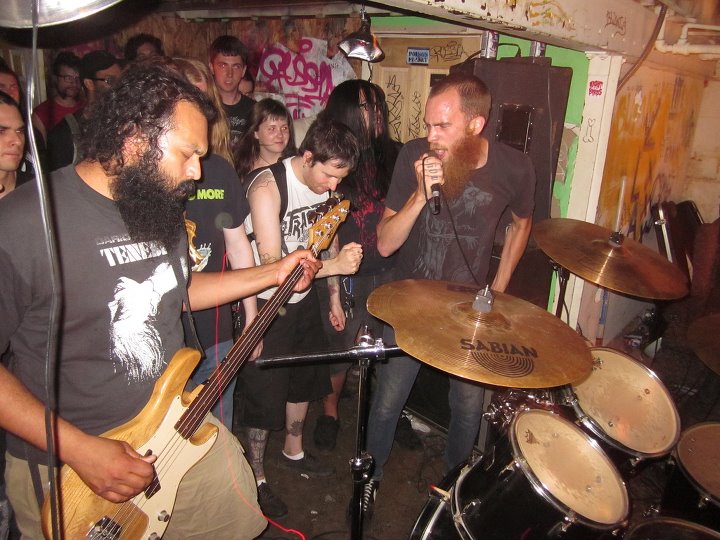 Washington DC’s incredibly brutal ILSA, have announced they will be releasing their sophomore LP titled ‘Intoxicantation’ via Baltimore’s A389 Recordings.

Formed in 2008 ILSA self released a demo CDR before fine-tuning their sound and unleashing the incredible ‘Tutti Il Colori Del Buio’ LP (Contagion Releasing) which received rave reviews and was followed up by a split 12″ with Finland’s Hooded Menace.

Combining an obsession with 1970’s foreign horror films, and a sound that is equally devastating on record as in a live environment, ILSA is sure to please fans of Grief, Amebix, and label mates Seven Sisters Of Sleep.

The band is booked with Kevin Bernsten (Developing Nations) over the next month, and the album artwork is currently being assembled by the drummer Joshy and vocalist Orion (whom have previously collaborated of the band’s previous artwork).

Stay tuned for updated information on the release of ILSA’s new LP ‘Intoxicantation’ on A389 Recordings.